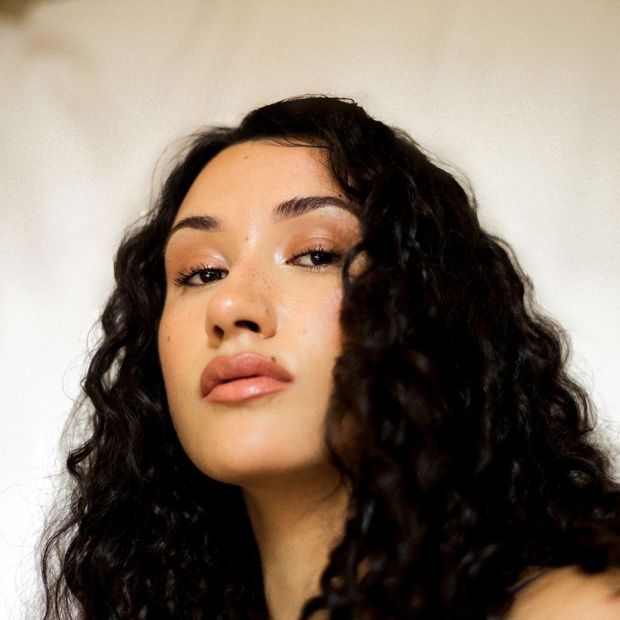 This fresh London-based neo-soul singer could be described as a luminary. A mentor that promotes honesty and good light. When legendary 1970’s soul icon Bill Withers died at the end of March, the British-Jamaican singer Cleo Sol tweeted a tribute that read: “Thank u for ur directness, ur clarity, authenticity, ur honesty, it’s inspiring & it’s always resonated.” The multicultural artist’s debut LP Rose in the Dark demonstrates her insight to honesty, kindness and authenticity, as well her unique take on light as a metaphor for realization.

Produced by fellow Londoner Inflo, who was a helping hand with Danger Mouse in Michael Kiwanuka’s awe-inspiring masterpiece Kiwanuka last year, he gives the record a similar nostalgic sophistication through the classy throwback percussion, backing vocals (without overdoing it and allowing Cleo to maintain her own take on British soul) and interesting production touches. Although the atmospheric noises (birds, beach waves) on ‘Sure of Myself’ might be a bit too distracting from Cleo Sol’s effortlessly talented vocals.

The fourth track ‘Rewind’ is the point on Cleo Sol’s first record Rose in the Dark that you can recognize her lyrical authenticity. “I couldn’t call Flo, he was stuck in the studio,” is not an incredible lyric but it’s significant (knowing that’s she referencing the album’ producer Inflo) because everything she says after this point sounds like a documentation of the truth. It’s now easy to relate/feel sympathetic when Cleo sings: “She wasn’t to know my account said zero zero,”as a reason to reject a party invitation. The track interestingly uses a voicemail message from her friend that’s distinctively London in accent, relating to her capital city audience further: “I want you to come to this party, it’s going to be wicked. Give me call. Love ya.”

Like the aforementioned Kiwanuka, the tracks smoothly blend well into each other. ‘Rewind’ seamlessly mixes into the title track ‘Rose In The Dark’, one of many songs that uses a Motown bell sound and additional hummers to great effect. The lyrics read like a Christian story. “Then the light it came after I forgave. I prayed so hard I almost lost my mind.” Based on tweets, it’s clear that this isn’t accidental. Cleo Sol is a person of faith, and in true religious fashion she wants to help others find their path – by recounting her struggles and by using “light” a metaphor for realization. The track’s closing lyrics feel relevant and comforting during this current nervous lockdown: “Just hold on a little longer. It will be alright.”

‘Young Love’ harks back to The Chordettes’s ‘Mr. Sandman’ in its 1950’s barbershop style but the timeless lyrics could exist in any decade as Cleo Sol encourages a naive youth to learn from life’s lessons and turn a corner. Using light this time as a word that symbolize an identity or soul. “I see you are searching for peace of mind. I want you to value your light. I want you to believe.” The R&B beginning in which Cleo sings “laugh sister, cry sister, smile sister…” also gives a female anthem vibe.

The light metaphor continues on the dreamy lounge ‘Her Light’ and ‘I Love You’. The latter ‘Her Light’ uses what sounds like a sample of an old Minnie Riperton song discouragingly saying “you ain’t never gonna change, look at you!” and a silky loop of vocalists singing “even now” to make an incredibly interesting end to the album. The song pairs Cleo Sol‘s passion for honesty, her religious beliefs and her light theme: “honesty is the rarest thing in life. I just need your belief and I’ll be fine. Without the night, the sun couldn’t show her light.”

‘I Love You’ is a minimal romantic ballad that describes light as predictive guide as it “always sees the way to our horizon”. Cleo Sol realizes she’s in a doomed relationship. It’s one of many tracks to use hard hit wooden drum percussion, contributing to a crystal clear live sound, as if they musicians are in the room with the listener. The 1990’s R&B tone ‘When I’m In Your Arms’ also has this impact. What could be called a make-out song due to its lyrics, features bongos echoing around the room, violins swaying and harps fluttering, as well as Cleo’s laugh. A singer expressing uncensored joy. Cleo admitted that Stevie Wonder’s ‘Don’t You Worry ‘Bout A Thing’ inspired her to start music due to its one-take sound and technicalities, and this song shows that inspiration.

With a borrowed surname that means sun in Spanish, the part-Spanish, part-Jamaican Cleo Sol is the shining light that many people need in their life right now. It may not be the most distinctive sound but a surprisingly glowing debut.