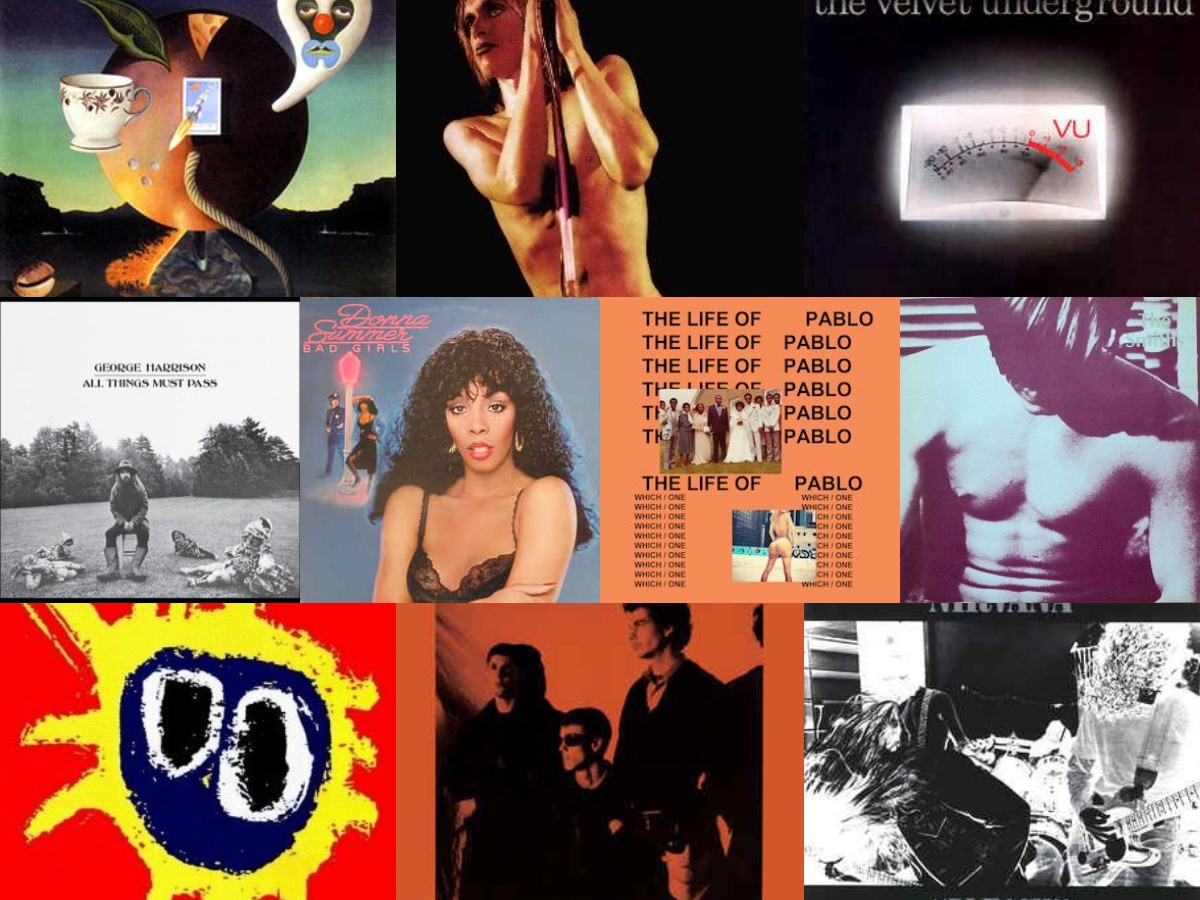 When attempting to compile a list of your top 20 albums, you can either be stuck for choice or overwhelmed. Thankfully, I had no problem shortlisting my top 20. Each album included in my shortlist I listen too on a cyclical basis pandemic or not. 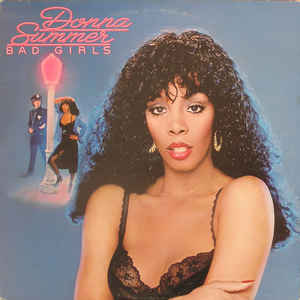 If Donna Summer wasn’t already a cult disco classic, her seventh studio album Bad Girls proves it. Summer provides the ultimate feel-good music all combined with moments of seventies kitsch. Obviously, ‘Hot Stuff‘ and ‘Walk Away‘ are solid classics and well worth a listen. If you happen to have the deluxe version, you get gems such as, ‘I Feel Love‘. This album is the perfect soundtrack for a Friday night, but now that we’re staying in, I’ve been revisiting this album most days. 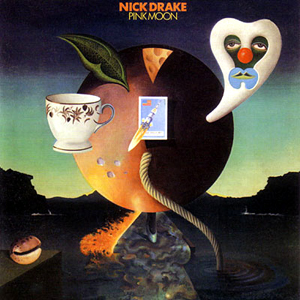 Pink Moon is by far my most played album during quarantine. I’d only recently discovered the poignant music of Nick Drake. Naturally, Pink Moon is his most outstanding record, which is a precursor to his untimely death. With that in mind, you can hear the rawness slipping through. Released in 1972, Pink Moon is stark and uncompromising but moving and very fitting for our current situation. Despite it being a relatively short record, each song is full of emotionally charged lyrics accompanied by raw folk guitar and the weary, melancholic voice of Drake.

Kanye West is known for his eccentric music stylings and Life of Pablo goes to prove that. From the opener, ‘Ultralight Bean‘ to the more up-tempo, synth-based track of ‘Famous‘ featuring Rihanna. Kanye also features samples from Jamaican reggae singer Sister Nancy and eccentric DJ, Mr Fingers song ‘Mystery of Love’ on his track, ‘Fade‘. Each track merges numerous genres of music all at one time. It’s unrelenting and often rare to be surprised by each song on an album. Notable tracks include, ‘Father Stretch My Hands Pt.1′, ‘Pt.2’, ‘Famous’, ‘Wolves’, ‘Fade’, ‘Famous’, and ‘Saint Pablo’; really each track is so diverse it’s impossible to pick a favourite.

VU is an outtakes compilation album of all songs that were recorded by The Velvet Underground from 1969. There are so many previously unheard gems here. From ‘I Cant Stand It’ to ‘Ocean’ and a particular favourite, ‘Foggy Nation’ this is peak Cale/Reed era music. Dismissed by every contemporary music magazine and media company, The Velvet Underground are the kings of the underground garage scene. VU includes unapologetically confronting and menacing tunes, you can practically hear the immense raw energy emanating from Lou Reed’s voice, Sterling Morrison’s guitar and Moe Tucker’s stripped back drumming style.

If you’ve not yet ventured into the acid infused world of the Velvet Underground, then definitely listen to ‘White Light/White Heat’.

But as time passes they happened to create four of the most enduring albums.

5. George Harrison – All Things Must Pass

Arguably, his tremendous talent was wasted during the height of Beatlemania. Regarded as the ‘quiet one’ of the group, the Lennon/McCartney duo was overarching and often seen as the face of the band. But as the band dissolved in 1970 this gave George Harrison the opportunity to hone and craft his love of spiritual mysticism and slide guitar. A surprising combination to say the least. It’s well documented that Harrison was a dedicated follower of Hare Krishna and several references can be found throughout the album. All Things Must Pass is beautifully delicate and well-rounded considering it’s considered his ‘first’ release. Notable tracks include the Bob Dylan collaboration ‘I’d Have You Anytime’, ‘Isn’t It A Pity’ followed by ‘Wah Wah’, ‘My Sweet Lord’ and ‘What Is Life’.

Inspired by The Velvet Underground with undertone influences of garage music, Sound of Confusion is the debut studio album by Spacemen 3. It’s a blistering affair between psychedelia and shoegaze. To emphasise the psychedelic influence, ‘Sound of Confusion’ includes a cover of ‘Rollercoaster’ by the 13th Floor Elevators, ‘Little Doll’ by The Stooges and ‘Mary Anne’ by Juicy Lucy. This entire record is a continuous drone of noise. But, it’s a record that’s beautifully combined the fluidity of psychedelia, the loudness of garage music and distortion of shoegaze. 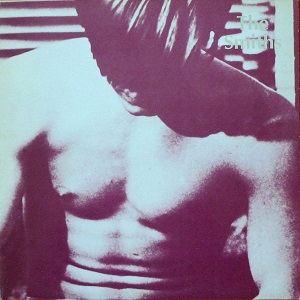 This is arguably the best The Smiths record to be released. I’ve not once heard a band that compares to the distinct sounds that The Smiths held, only poor imitations. Not many bands can succeed in excelling the expectations of creating a debut album that bears the scrutiny of time. Still, this eponymous album encapsulates Morrissey’s penchant for lyrical ambiguity while teetering on the edge of being grotesquely perverse. Even the opening of ‘What Difference Does It Make?‘ descends into ecstasy ‘Still Ill’ solidifies itself in pop history merely on the first lyrics, “I decree today that life is simply taking and not given, England is mine, it owes me a living” sings Morrissey. This is where the jovial nature of Marr’s guitar playing picks the record back up. Really, Johnny Marr and Morrissey were the ‘Lennon and McCartney’ of the mid-’80s and proved in being an unmatchable force destined for fame. 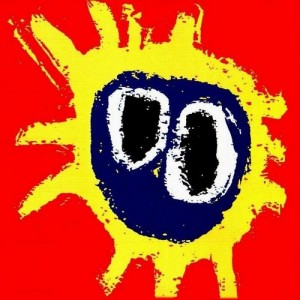 The ultimate soundtrack to any rave in the ’90s is still able to transcend time and is ever relevant today. ‘Loaded’ which was remixed by the late DJ Andy Weatherall is the most notable track from the album with a mixture of groove, blues and acid house. I would say that you have to be in a certain mood to get the most out of Screamadelica preferably on a sticky dancefloor at two in the morning. Yet, during quarantine, this one album has succeeded in lifting my spirits on more than one occasion. It’s impossible to not feel a sense of overbearing joy. Each track is a perfect symbol of better times with an up-tempo rhythm to dance to. Notable tracks include, ‘Loaded, ‘Slip Inside This House’ and ‘Come Together’ which is perhaps more critical now than ever.

Despite this landmark record never topping any charts after it was initially released in 1989, Bleach is an anchor point for any grunge enthusiast. It hailed in a new generation of culture, acting as a voice for every discontented music fan disparaged by the mundanity of life. Bleach is the guttural and unfettered version of Nirvana before their forthcoming success of the album, Nevermind descended on a new wave of Grunge. Opening the album is heavy-hitting track ‘Blew’ immediately creating this murky undertone. ‘Floyd The Barber’ and ‘Love Buzz‘ are equally ferocious in their entirety.

This powerhouse of an album is the proto-punk forefather inspiring a generation of punk bands to come. It was three years before we would hear from The Stooges after releasing Fun House; it was unlikely that a band as explosive as The Stooges would be heard from again and their record company exhibited a classic loss of faith, drugs and depression took inevitable tolls. But, the Stooges hit back with a ferocity that rivalled the band at their best. The album does what it says on the tin, Raw Power  serves up an unadulterated piece of musical force that would be looked back upon with reverence.

Produced by none other than David Bowie, Raw Power is a complete package, each song reveals Iggy Pop’s piercing voice and three-chord guitar progression. Its totality is stripped back and vicious, oozing sex, drugs and rock and roll. It’s an album that should only be played turned up to 11.