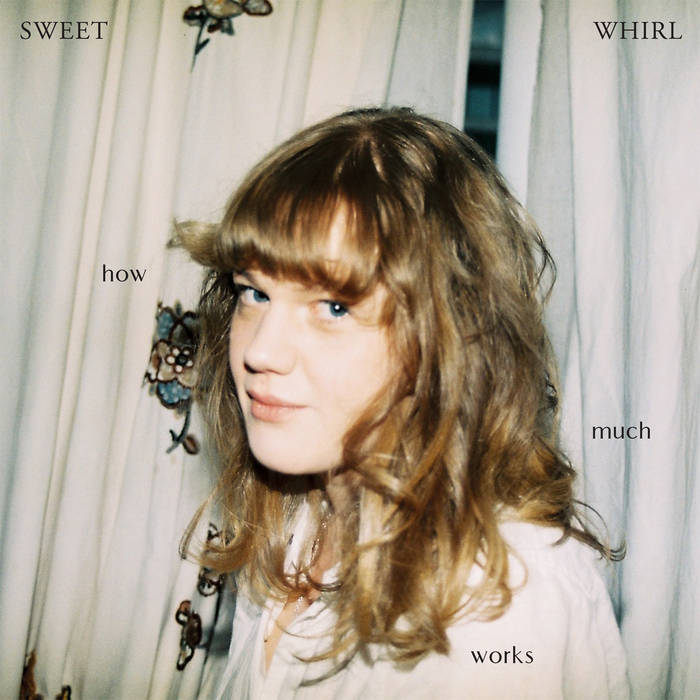 Esther Edquist has a voice like warm rain. Carrying a weight of wisdom garnered from years spent as a prominent figure in many of Melbourne’s underground acts, it soaks you through before you even have a chance to look for shelter. Her first solo release as Sweet Whirl is a cluster of graceful pop songs blessed with an understated grandeur rarely achieved by those so early in their career.

As piano chords bounce off the walls of empty rooms and diminutive guitar lines pull at shirt sleeves Edquist gift wraps her inner turmoil in a delicate foil. In fact, the musical beauty of How Much Works often belies its tormented content. A childlike, fairground whimsy hangs above many of the tracks, retaining a hopeful innocence in spite of the hurt that lurks outside the gates.

Like a well-pressed tuxedo with blood on the lapels, the record wears its scars well. The smooth ‘90s R&B of opener ‘Sweetness’ finds Enquist restlessly questioning if we can ever really leave behind what causes us pain? Or are we doomed to repeat the same mistakes ad infinitum? (“So let my heart break / I won’t remember the pain / Just the taste of sweetness”). While the tipsy beach scene waltz of ‘Weirdo’ hides a nagging frustration of being misunderstood – (“they’ve been saying / the wrong things about me”) – as the pluck of nylon guitar strings and “do do do” singalong in the interlude reach for simpler times.

Enquist is occasionally reminiscent of Lana Del Rey, particularly on the west coast cool of ‘Something I Do’ where her voice is effortlessly devastating. There is an underground city hidden under her sky-scraping ballads though, a hidden layer of twists and turns to try and navigate.

‘How To Count’ is the albums emotional core. A loose tale of lost love and the pain and confusion of looking for it elsewhere, it contains all the special elements that Sweet Whirl does best. At times it feels like the backing music is barely there. Bass notes rumble and crest before disappearing, lightly strummed guitars twinkle without ever stepping into the spotlight and above it all Edquists voice comforts and commiserates in equal measure. ‘How To Count’, and How Much Works as a whole keeps its beauty close. So much so that every time one of its many special moments raises its head it is both disarming and liberating.

Enquist knows exactly how much to share, and when. The resulting record she has created is a cityscape of light and shade, where flights of fancy meld with elegiac reality. It is an album from which she emerges as a voice guaranteed to seep into the subconscious.

How Much Works is released by Chapter Music on 29th May 2020.