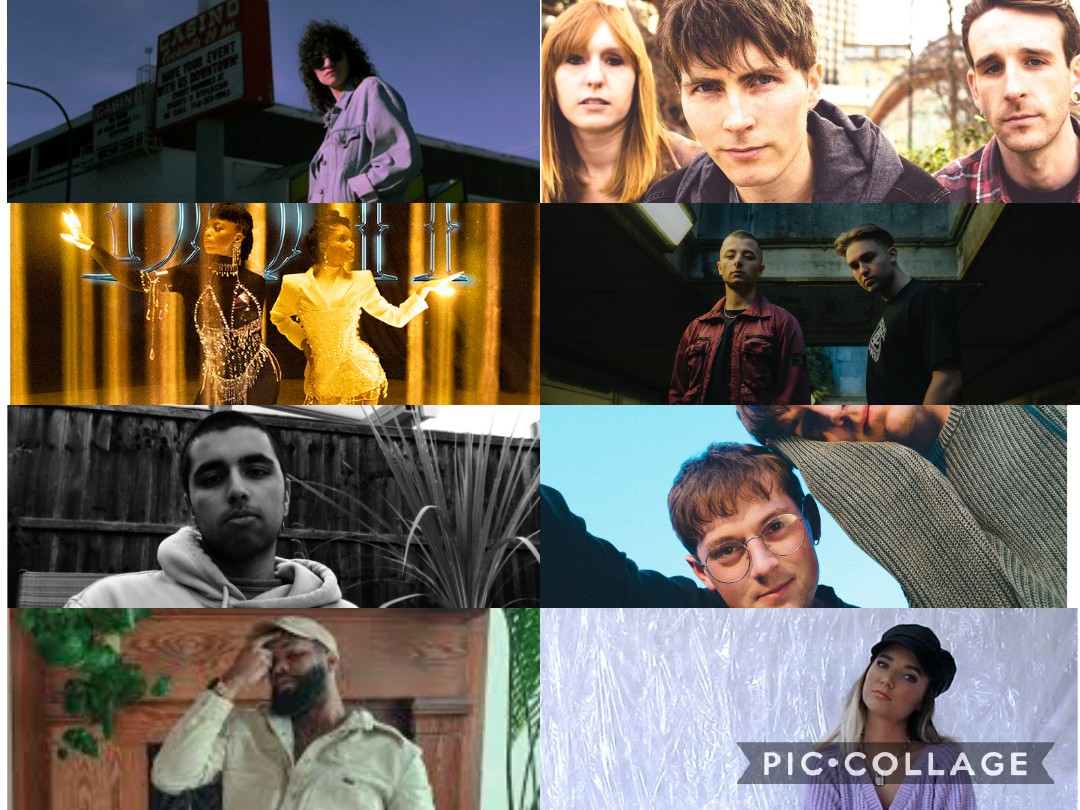 What they say? This song is named after the iconic ‘Skins’ TV character Effy Stonem. The subject matter relates to wanting a girl like Effy Stonem, with the catchy hook repeating this sentiment for all British teens and young adults to chant along to. The alternative rock guitars drive the track mixed in with trap hi-hats to create a current sound, yet the melodies give a nostalgic feel, being reminiscent of early 2000s pop-punk.

Why we love it? This track capitalizes on the feeling of nostalgia for anyone who grew up in the UK in the late 2000s.  From the instrumentation, to the laid back vocals and even the subject matter.  It’s an indie-rock vibe with an urban element that can often be a difficult line to tow, but Nick Mono gets it all right.  It’s a short song that grabs your attention from start to finish and takes your teen angst away with it.  (Lloyd Best)

What they say?  Speaking about the track Prospa – Harvey Blumler and Gosha Smith – reveal, “This track is very special to us, it’s the one that most people have asked us about in our sets, one that we feel is a step forward in our sound yet still has our watermark.  We hope everyone feels the love from this song in such a time.”

Why we love it? Strident synths and beats it’s like the sun coming up across the bay.  Building upon a soulful sample, this floor filler has warm echoes of the early 90s but its modern production, cut up samples and playful grooves make it still somehow sound fresh and distinctive.  (Bill Cummings)

What they say? During this time, music brings a lot of healing. We hope this song inspires someone to get up and dance, shake all the stress and anxiety away, and to “Do It” as the song says,” shares Chloe x Halle. They continue, “We are always very serious about the musicality of our songs and our musicianship, but the beauty of this song is that it shows a more carefree and fun vibe from us. We felt so good writing a song that will make people wanna bop to it and lift their spirits.

Why we love it? Good grief, what a song this is.  Pumped to the brim with charisma and attitude with a vocal duo at the top of their game.  The layers of detailed vocal harmonies really make this one pop, the catchy chorus and the fantastic production are just the cherry on top.  (Lloyd Best)

What they say? This song is sentimental. We started writing together while we were still in two separate projects. When I heard Alan working on ‘magnetic’ for his band in the studio, I fell in love with it. We joked back and forth for several years about making it a joan song. When we were in Asia last fall working on lyrics for a few songs, this song just fell into our laps again and made sense to release under our name.

Why we love it? A special brand of sad boi pop that’s all the rage right now, but there’s something about this one that stands out to me. The vocal is soft and sublime, the instrumental shines in all the right places and it’s a lot of fun to sing along to. It doesn’t rewrite the handbook on this sub-genre of popular music, but it does do it better than most.  (Lloyd Best)

What they say? The song looks at our deeply buried primeval instincts, and whether we should trust them more, keeping our eyes on the prize,
surviving and coming together to solve our problems. It’s great fun to play live, it’s heavy but catchy, so people seem to really get on board with it and get stuck in.

Why we love it? This is a track that lives up to his name, there’s something animalistic about the rhythm and the way that it drags us on a journey through the jungle. The vocal is strong and powerful with a distorted effect over it, which gives the track a gritty and raw undertone. The message behind the track is an important one, about reclaiming your inner strength and standing up for yourself, it’s a message a lot of us need to hear right now and Floodhounds deliver it with extra gusto.  (Lloyd Best)

What? low in the evenings

Why we love it? A melancholic exploration of one’s own feelings of depression and loneliness with a unique flavour of production that really spoke to me when I heard it for the first time. The track builds softly from beginning to end, with powerful moments of vulnerability peppered throughout.  (Lloyd Best)

Why we love it? A distinct euro-pop sound with a queer-positive, sexually liberated vibe where Trapcry steals my boyfriend and you know what? I’d let him. The track is a club anthem, begging to be played through blaring bass-heavy speakers to a room of (socially distanced) party people. It has a distinct 2013 “Work Bitch” vibe running through its veins and I am totally here for it.  (Lloyd Best)

What they say? In a world where we sometimes feel we can’t speak out, we tend to take it the worst out on people closest to us. I was fantasising about making more, organic, saturated sounding records for a long time, and alongside this, I wanted to record out in America as I was finding most of my musical influences were artists from America.” she says. “Last year I made the move to go out to California to find the sound for the new record and to immerse myself in the West Coast indie/alternative scene and out there, the relationship with Tim bloomed and the music was made.

Why we love it? Wistful and shrouded in heavy atmosphere, Francis emerges through this dusky pared-back cinematic cut as a sensitive vocalist whose tone is invested with a rich melancholia. This is a touching rumination through mental health issues that can send shockwaves through even the most intimate and entwined of relationships, ‘Orange Rose’ unfolds wonderfully into a masterful epic.