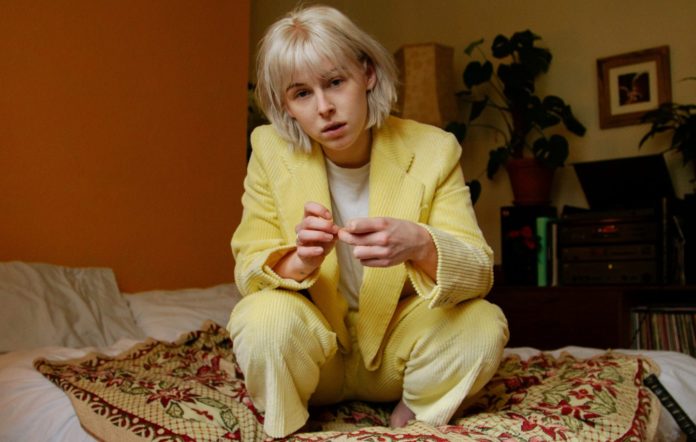 It’s hard to narrow down my tracks of the year to only twenty, I’ve had a rolling playlist all of 2020. But after much chopping and changing I’ve had a go here; the top ten or so are in a rough order but after that there is nothing to choose between them. I also include a longer playlist of the year below too. These are some of the songs that have helped keep me going during a tough year.

Fenne Lily returned this spring with ‘Hypochondriac’, a song about the fear of getting ill that took on a remarkable prescience given the anxiety inducing Coronavirus lockdown we have gone through this year. A standalone single, the Bristol based artist followed it with her fantastic second album Breach.  “these are trying times but I’ll get by in my machine” sighs Lily, her gorgeous shivering vocals wafting through this dreamy and reflective single that details inner uncertainty; it’s the best thing she’s done so far. Intricate guitars lace a Fleetwood Mac– esque percussive breakdown that builds into a glorious chorus that’s as comforting as a great big hug during a time of crisis. Wonderful.

Swedish artist Maria Lindén aka I Break Horses sketches out widescreen cinematic soundscapes in her bedroom and invests them with her magnificently haunting vocals and vast vision. Heartstopping and enveloping, ‘Death Engine’ is draped in dreamy mellotrons, haunting and grandly drawn loops and analogue synths, while Lindén’s exquisite vocals sigh with the echoes of Liz Frazer or Sinead O’Connor her lyrics crackling with immersive dramatic tensions.  It’s about the troubled minds of today’s youth in our harsh contemporary times and a suicide attempt of a friend.

A floor filling statement of intent from an artist who produced one of the finest disco pop albums of the year. With decades in the industry Róisín Murphy still somehow seems under rated, this knowing slice of absolute infectious brilliance, invested with Murphy’s soulful kiss off and grooving dancefloor sound offered an escapism during a time of grim reality.

The Beths – Dying To Believe

The Beths are one of the best live bands I’ve seen in recent years. Their skippy new single shifts effortlessly from perky toe-tapper to rippling garage pop tune underscored by hook-laden guitars and Stokes’s bittersweet vocals that chart the distance that life necessarily drives between people over time. The last few minutes are fantastic, the waves of interplaying drums, bass and sparring vox are a thing of joy. The accompanying visual is an eccentric four-step ‘How to be the Beths’ instructional video.

The wonderful ‘Geese‘ is a centrepiece of this year’s Eyelet album from Islet. A glorious and hypnotic mini-symphony riven with intricate details, throbbing beat, supple bass lines that has then bat-like wings of the titular bird and nagging comedown keyboard motifs interspersed with the freedom of Emma’s skyward refrains. “Fly Fly Fly” she beckons skywards, a call to the landscape and the wild, and to past generations who once stood where we stand now. It was inspired by Welsh cultural theorist Raymond Williams’ novel People Of The Black Mountains.

Perfume Genius – On the Floor

Wah Wah peddle guitars undulate, underpinned by insidious percussive ripples garnished by Mike Haraes‘s exquisite vocal that quivers, soars and tip-toes down the contours of this joyous earworm melody that sketches out a intimacy and the twisted entanglements of human connection. Sublime alt-pop.

‘Heartbreak‘ is an awesome breakbeat-dappled, synth-sprinkled ode to one of electronic music’s formative scenes: NYC’s disco revolution of the 1970s & ’80s. A gleeful bricolage of dance music’s past that skirts the lines between house and disco and welds it together into a modern production framing. It samples Christine Wiltshire’s iconic vocal line “I can’t take the heartbreak” from the ‘83 disco anthem ‘Weekend’ by Class Action.

twst – Are you filming me

Inventive, hooky and futuristic. Knowing and postmodern, twst crafts a weightless, robo-bop wrapped in paranoia and rippling with the ghosts of Madonna‘s ‘Drowned World’ and Jam & Lewis‘s jerky sci-fi funk productions with Janet Jackson. Chloé Davis aka twst has an entire EP of fantastic hyper-real pop music that grapples with the dystopic visions of technology that we are connected to all the time; twst is crafting her own universes – keep your eyes on her.

‘Nites Like This’ is imbued with a glistening yet mournful quality of wandering around the late night city, with serious echoes of Blue Nile and a saxophone in the distance; there’s a reflective fading romantic quality to its longing soundscape. It “contemplates the impermanence of romantic love and is meant to simulate a dream in which you’re dancing with your lover, but they are slowly pulled away by an invisible force” explains frontman Adam Klopp. “I think it was one of the earlier songs I started writing for the album. It’s about the moment you realize the “spark” is gone from a long relationship. Trying to hold onto one as things fade away.”

Deep Sea Diver are led by Seattle’s Jessica Dobson (once the lead guitarist for Beck, The Shins and many more) ‘Lights Out’ is a vast emotive explosion of awesome guitar riffs and spiralling percussion that screams across the universe, infused with a thrilling vocal rush as Dobson cycles through an entire kaleidoscope of moods. Her infectious voice at once powerful and widescreen and yet tender as she reaches out for a helping hand in the dark. Epic!

The return of Swedish artist Sibille Attar with her first piece of new music since the acclaimed Paloma’s Hand EP from 2018. ‘Hurt Me’ is written, recorded, and produced by Sibille. With tumbling drums and expressive vocals, this sublime piece of alt-pop oscillates between Scandi pop and French chamber pop, as she effortlessly switches between English and French language and back again amidst this whirling refreshing string-draped carousel.  Ripe with defiance and self-protection it’s an exquisite return from an artist who has captured my heart before.

Lifted from Kidsmoke‘s debut album A Vision In The Dark, the delicious ‘Laya’s Love’ sways with a surfy abandon of basslines and jangly guitars, hitting the sweet spot between pastoral indie-pop and ’80s sophsti-pop of early Prefab Sprout. Weighted with Lance and Sophie’s two handed boy/girl melodies “you gave me all I had, everything I ever wanted/but sometimes everything isn’t enough” a sweet falsetto capturing a sense of regret and the heart-bursting feeling of coming through it together despite the travails you have been through. Life affirming.

Chemtrails – Frightful in the Sunlight

Having started life as the lo-fi bedroom recording project of romantic partners Mia Lust and Laura Orlova back in 2016, Chemtrails quickly set about releasing two digital-only EPs before making their album debut in early 2018 with Calf of the Sacred Cow. The Peculiar Smell of the Inevitable is the band’s heaviest and wildest record yet. Frantic and formidable, this humongous Hammer Horror-esque belting garage rock track is undeniable and riven with paranoia and impish double-barrel vocals as it scampers down the street like Gnasher after Dennis the Menace Brilliant!

‘Unready’ was lifted from Sydney’s Gordi‘s( real name Sophie Payten) album ‘Our Two Skins’. A moment of clarity layered in vocal harmony, tumbling percussion and glistening synths. Gordi’s tone is vivid shivering with a self reflection that reminds one of Anne Lennox. A swelling and infectious piece of songwriting that climbs towards a crescendo, it got me through many a day of lockdown-inspired anxiety.

Holloway duo Real Lies conjure images of dancefloor hedonism of their youths on this meticulously pulsing track that takes you on a late night trip across the cityscapes, skirting the lines of garage, house, techno and rave. The illuminating synths and soulful sample loops matched by a sprawling stream of consciousness that puts you in the centre of a dance floor as the smoke clears, a yearning for community and what’s past. Wistful and expansive a comedown anthem for the jilted generation.

Resounding with kick-ass guitars, rollicking percussion and laced with Katie Malco’s muscular vocals that go from wistful and introspective to widescreen and emotive in a skip. “Carry me home I can’t breathe” she sings on the shoulders of a powerful crescendo that details her struggles with alcoholism as a means of escape. Emotive and dynamic this is Malco coming into her own.

Krakow Loves Adana- The Oceans Between Us

Taken from the Hamburg duo’s new album Darkest Dreams out via Italians Do It Better, ‘The Oceans Between Us’ has an elegantly drawn cinematic atmosphere underpinned by an insidious beat, and an intricate palette of synth lines that oscillate and notches up with rising tension. Singer Deniz Çiçek‘s voice hangs heavy with a veil of melancholia and the heartbreak of a summer romance that was never meant to last.  Through this looking glass, Çiçek offers us a closer look into a world where dreams collide with reality.  Mysterious and evocative, it’s an impressive song.

Rosehip Teahouse – I Meant What I Said

The quartet’s newest single shimmers, trembles and envelopes you in the blue light of regret and heartbreak as Faye Rogers’ wistful delivery is invested with a gorgeously heartfelt apology note to someone they deeply cared for and left.

Set in contrast to the sparse bedroom recordings of their wonderful debut EP ‘Chillin’ In The Void’ released late summer, this fuller band sound of glistening riffs and rolling percussion, is another piece of vivid evidence as to why Rosehip Teahouse are making their ascent from an exciting Cardiff scene.

Wistful and shrouded in heavy atmosphere, Karima Francis emerges through this dusky pared-back cinematic cut as a sensitive vocalist whose tone is invested with a rich melancholia. This is a touching rumination through mental health issues that can send shockwaves through even the most intimate and entwined of relationships, ‘Orange Rose’ unfolds wonderfully into a masterful epic.