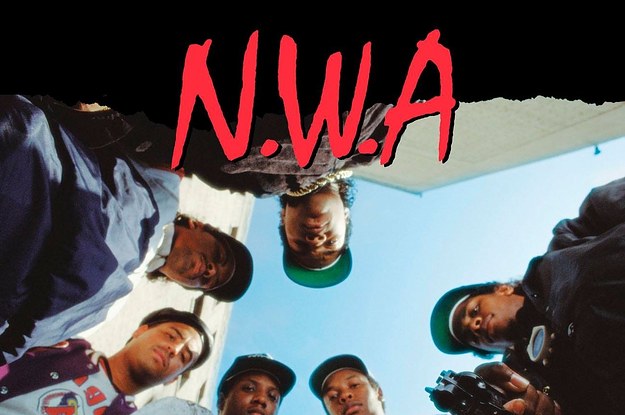 In the wake of the shocking death of George Floyd in Minneapolis last Monday at the hands of a police officer – who leant on his neck with a knee with enough force to kill him, while Floyd screamed “I can’t breathe” – demonstrations have swept across America.

Fuelled by the endemic racism and brutality handed out by members of the US Police force to people of colour, the #blacklivesmatter movement is growing every day in response, a rally in London was held over the weekend. In this context a campaign has been set up to get the N.W.A‘s classic ‘F##k tha Police’ into the charts in both the UK and US. Stream or buy if you wish to support this campaign below.

N.W.A’s 1988 song ‘F##k tha Police’ has become a record of protest and in the 2015 Oscar-nominated film Straight Outta Compton it was shown how the record was birthed from a scene where every N.W.A member were harassed by police officers during a Los Angeles recording session in Los Angeles.

Upon release the FBI sent a letter in response, stating that N.W.A pushed for “violence against and disrespect for the law enforcement officer.” A contract stipulation, according to the book Welcome to Death Row, forbade the group from performing ‘F##k tha Police’ as well as Straight Outta Compton. When they did in Detroit, on the last date of the tour, plainclothes police officers stormed the stage.

N.W.A founding member Dr Dre himself recently commented on the unlawful killing of George Floyd: “I felt like … I almost felt like we should have led with this situation. George Floyd, it’s like … that situation hurt my heart.”

He added, “It felt like that cop had his knee on all of our necks, meaning black men. It’s extremely painful because it keeps going on. It continues to go on and it’s like, ‘What can we do to make this thing stop?’ What the fuck is supposed to happen?”