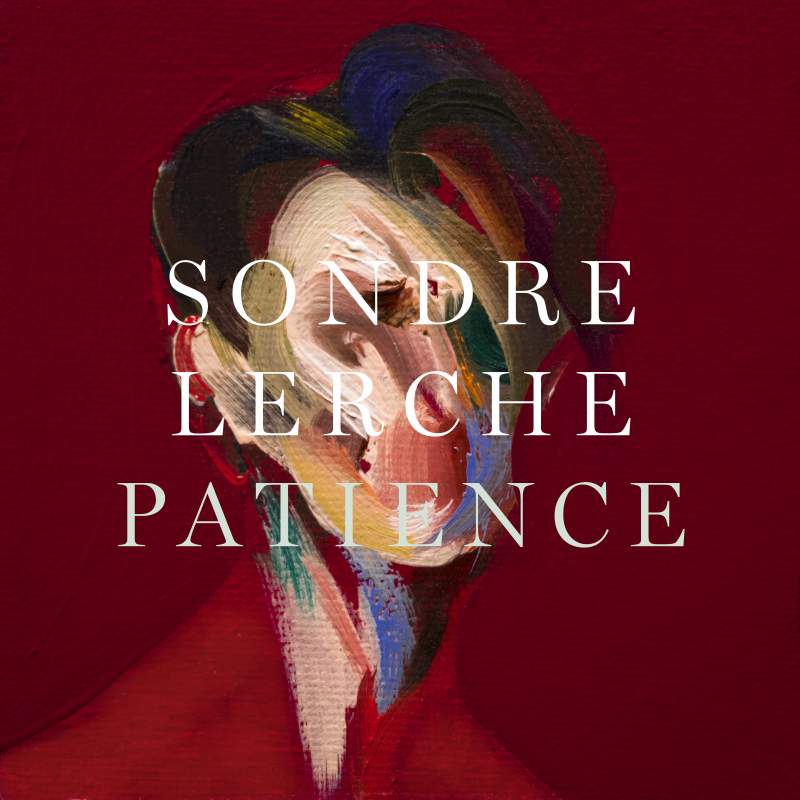 If wine bar music is a genre, it’s the perfect description of Sondre Lerche’s new 9th album (and third in his P-trilogy) <Patience. A description that both praises and criticises the contents on the Norwegian’s latest LP. It’s suitable for wine bars because it has a smoothly-paced sophisticated class flowing through it. The record experiments with elements of blues, jazz and reggae, while pairing the more conventional instruments of sax, flute, piano and violin with marimba, harpsichord, vibraphone and celeste –  thanks mostly to the musical talents of regular Lerche contributor Alexander Von Mehren. Yet it’s also appropriate for that vinous setting because the lyrics (with the exception of a few) aren’t really worth hearing. The album’s production is far superior to the words being said, that chitter-chattering could be considered acceptable.

The problem with the lyrics is that they often sound befuddled like reading back a message that was written on a napkin in a semi-sleep state in an attempt to memorize the narrative of a dream. Lerche is known for his charming and often witty lyrics but this time they didn’t really work. “It takes a village to ultimately be all alone”, “The truth is hard to reckon with. You fuck with it, it fucks you silly”, and “I slipped into the faceless pack. Like I just shot someone in the back” are some of the poor offerings. In addition, Lerche’s explanations in interviews about what songs mean don’t provide much clarity either.

Furthermore, a good example of the bewilderment is the title of the lead single ‘You Are Not Who I Thought I Was’. A track that is supposedly about an identity crisis based on the music video and lyric: “I’m sound asleep while you’re sleeping with him” has an all-too-clever name. It’s puzzling every time you read it. The current pandemic in which we’ve had to slow our lives down and Lerche’s recent split from longtime girlfriend Linnea Myhre has given the lyrics and the title ‘Patience’ meanings that are perhaps accidental and unintentional.

On the other hand, musically it’s very listenable. Ignore the lyrics and emerge yourself into the adventurous yet relaxing soundscapes. The bossa-nova ‘Why Did I Write The Book Of Love’ is a an addictive highlight on Patience. Everything gels so well together in this suave song – from Lerche’s rhythmic pronunciation, to the swirling flutes – that it’s a delightfully effortless listening experience. The lyrics: “I’ll never get to heaven, never to get hell. I’ll never get it right, if I can’t get out of my way” represent Lerche’s inner battle against his liberal self-censorship manner. He wants to make all of society and his romantic partners happy, but as a result fails to show his own identity and never really takes any meaningful action. It sounds apt with what’s being going on in the world in the last few weeks. Due to its music and tongue-in-cheek self-mockery it wouldn’t sound out-of-place on an Austin Powers soundtrack.

The gorgeous ‘Don’t Waste Your Time’ and the atmospheric interlude ‘There Is No Certain Thing’ is Lerche showing his age (37-years-old at the time of writing). The former is a little nihilistic: “Two bodies fit. Our minds in line but in the end we must declare. There is no certain thing. Except that we would die alone”. The latter is frank love advice to himself that might be cowardly defeatist but is perhaps reaction to his heartbreak experience. While his impressive vocal performance on this track has to be one of his most mature and natural. Semi-whispery, deep and breathy, it’s the antithesis to naive polished pop voices.

There’s a notable use of reverb on that track, and this is a technique that’s used often on  Patience. On ‘Put The Camera Down’ it adds a spooky and psychedelic depth to what would be a more normal cello-flowing performance. An echoey wall of sound that nods to the experimental moments on Beatles‘ albums. It ripples the reggae-jazz track ‘Are We Alone Now’ and is used perhaps excessively on ‘That’s All There Is’ – a song that brings back the 1980s drum machine style that was used on his previous record Pleasure. It doesn’t really belong on this album.

The title-track has a groovy bass and 1920’s piano style but its stand out moment is the speech mid-way through in which Lerche recounts his interactions with fans in an unusual voice style. “You should be on The Voice, Adam would love you. But I thought, shrug emoji, shrug emoji”. It’s influenced by Laurie Anderson and the unsettling synths that unravels behind the vocal make it sound creepily ominous.

Album closer ‘My Love Is Hard To Explain’ sums up the quality of Patience; musically and production wise, it’s fascinating and intellectual, but it can be lyrically confusing, as demonstrated by these words: “Over the Milky Way, two skaters on a galactic plane. Looking for a little light, to help navigate the flight. I don’t know what I’d do without you, it’s easy to see, but my love is hard to explain.”

Patience is out now on PLZ.