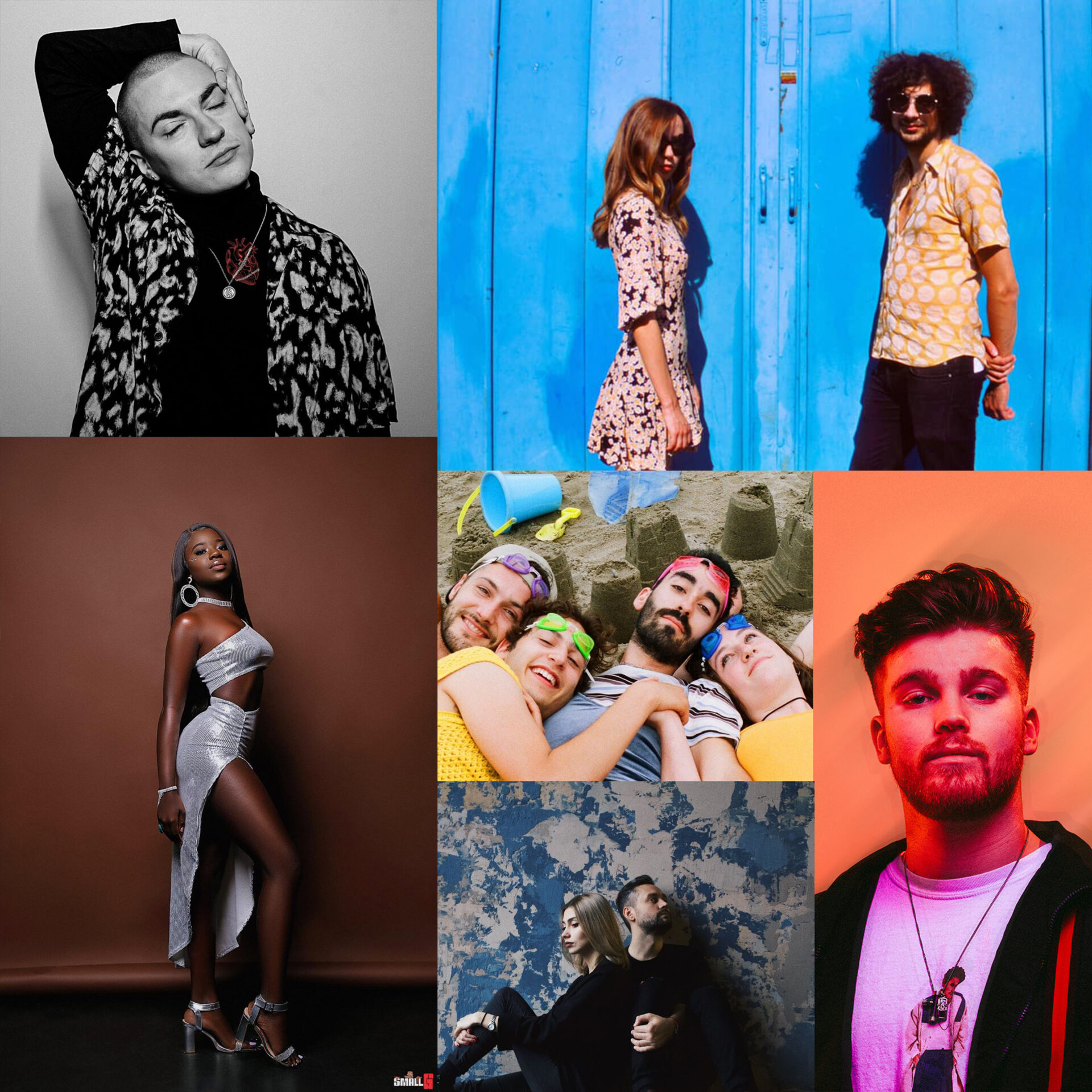 What they say? This song was inspired by the inner monologue that often happens for me when I’m trying to work out how to open up to someone about my feelings.  Being vulnerable is hard and it always brings me face to face with the parts of myself I wonder if anyone will ever be able to love, or love around.

Why we love it? Painfully honest alternative pop with a beautiful lead vocal that does not shy away from the rawness of emotion on display.  Underpinned with distorted samples and dirty synths that grow and escalate until we are left with a throng of beautifully layered sounds. (Lloyd Best)

What they say?  We are a South-London based band called Multiples.  We started gigging earlier this year at places like the Windmill, and we’re now planning to release our first track
online early next month. ‘Tall Trees’ was recorded and mixed back in December with Louis Swords of Folly Group.

Why we love it? It captivates the subgenre of Dreampop and creates waves of sonic texture and melody combined. Multiples latest single leaves you imagining an ethereal dreamscape from the input of lo-fi vocals and lightly placed electronic melodies throughout. (Manon Williams)

What they say?  It’s kind of eerie how the lyrics sound in the context of the COVID pandemic.  Either way, I hope people find themselves and their own interpretation in these lyrics and do so while dancing the day away.  I hope the vibes the song brings can help people find some light in this darkness.

Why we love it?  Groovy indie-rock infused with an electrically positive vibe that feels plucked from the 1970s and yet feels so surely modern at the same time.  It’s the perfect accompaniment to driving with the windows down on a sunny day, allow yourself to be absorbed in the sound, and enjoy its beauty. (Lloyd Best)

What?  Everything About Me

What they say?   Inspired by a number of influences over the course of a few years, it started off with that first hook, I’ve been on the Southside of the city, drinking whiskey, and now the message is more about showing everything about me, and vice-versa, and then questioning how this person could go and walk out on us.  Give ALL of yourself, open up, and show that side of you.  Yeah, maybe most of the time it won’t end up being reciprocated, but wouldn’t you rather be totally 100% yourself throughout the relationship?  And though doing so may get you hurt, at least you never compromise who you are as a person to mold into someone’s fake misguided interpretation of who and what you are.

Why we love it?  This track is a perfect showcase of Dawson Gamble’s beautiful vocal styling with an incredible level of control and power.  The track itself is a relaxing journey and a celebration of being 100% true to yourself, aka the “shit that feels good”.  Another amazing track that perfectly aligns with the summer weather. (Lloyd Best)

What they say?  It’s about a girl who is expressing her hurt, confusion, and experiences with love. The song is about being in one’s feelings and taking some time for oneself.  We aren’t happy all of the time, sometimes we are sad for no reason.  We don’t owe explanations to anyone for the way we feel.  Everything will be fine.

Why we love it?  Steeped in attitude, this track feels like a Bond theme.  LU$’ vocal carries a stunning tone and texture as she belts over the Tarantino-esque brass section, there are several points of reference for the sounds in this track and they all feel grand, epic and very classically Hollywood.  It’s a very strong starter to Lu$’ Moody EP and sets the tone with unapologetic confidence. (Lloyd Best)

Where? London via Stockport via Paris

What they say?  ‘I’m Alive’ is a milestone in the TTRRUUCES story that unfolds throughout forthcoming their debut album.  Youthful outsiders Sadie (the Sad Girl) and Syd (the Lost
Boy) have escaped from their previous directionless lives and embarked upon an otherworldly adventure.  Their bond is reinforced when they decide to take a spontaneous road trip to truly get to know each other.  For the first time, they feel new, exalted, and alive.  From darkness comes light: an ascension or a spiritual awakening.

Why we love it?  TTRRUUCES are Natalie Findlay and Jules Apollinaire who first recorded together as part of Natalie’s solo project Findlay. ‘I’m Alive‘ gained popularity after being featured on FIFA 20 and is the perfect escapist lockdown anthem. When they sing “I’m Alive !! – to see your face it always makes it worthwhile to survive” it will surely resonate with those who have been missing family and friends due to isolating and social distancing. It’s a life-affirming innovative wonky pop anthem and takes its influences from almost every genre under the sun. (Andy Von Pip)

FFO:  The Go Team , Daft Punk, Superorganism, Christine And The Queens, The Avalanches

What? Heaven Is You

What they say? Masha and Egor met in Moscow in 2018 and decided to start making music together due to their mutual love of the dream-pop scene of the early ’90s.  They had both already
performed within the Russian scene and Egor is a member of the well-known- in-Russia indie-rock band Hospital.  Masha had a long history of acoustic live concerts in Vladivostok and ‘Heaven Is You‘ is the second track to come from their forthcoming debut EP – Someday Club.

Why we love it? We’ve previously featured Mashmellow‘s debut single ‘Share It‘; and this follow up is every bit as good.  This has an early 90’s synthgaze vibe with hints of Saint Etienne, replete with New Order bass lines, synth flourishes, and even the flanging guitars of The Cure at their most pop.  It features another crystal clear vocal from Masha Shurygina and is a track with as many hooks as Peter Hook at a pirate convention.  Dream pop perfection. (Andy Von Pip)