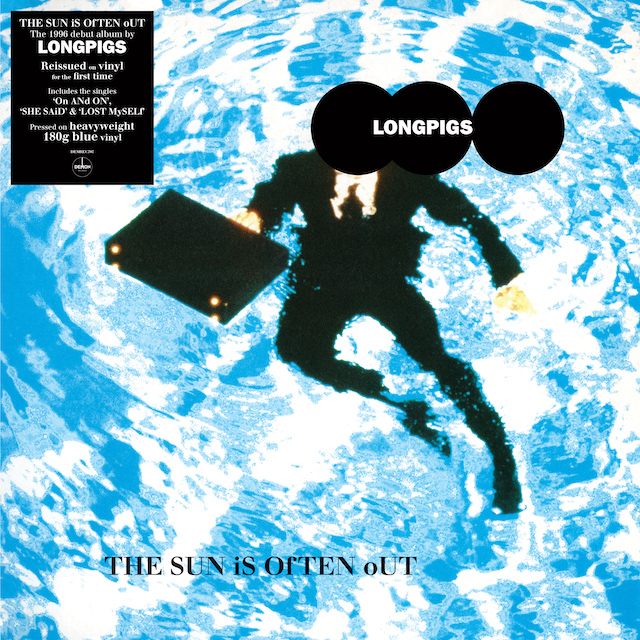 If you asked me yesterday to list my 100 favourite albums of all time, there’s little doubt that The Sun Is Often Out, the debut album by Longpigs would be on it, perhaps even in the top half. That said, I haven’t played it in aeons now, so how is it going to hold up, all these years later?

The short answer to that is “like a dream.”

That ominous, almost discordant opening of single ‘Lost Myself‘ is still as effective and thrilling as an opening gambit as it was back in 1996. One of the great nineties records right there, and it wasn’t even the best track on the album!  The first four tracks on The Sun Is Often Out were all, deservedly, top 40 hits, everything thrown at the listener on the urgent, gnarly ‘She Said‘, but the beauty of the record is that, as fiercely aggressive as much of the music here is, it’s also imbibed with a sense of glorious uplift, making the aural experience nothing but explicitly joyful.

‘Far‘ is up next, an absolute masterclass in how to write the perfect jangle-pop record with hooks big enough to trap a wayward dinosaur. Completing the quadruple assault of top 40 botherers is perhaps the band’s best known song, the mesmerisingly pretty ‘On And On‘. Now, you might think, after an opening salvo this strong, it could only go downhill from here, a la Hot Fuss (a cliched belief, maybe, but inarguably many people’s opinion), right? Not a bit of it. If anything, the remaining seven songs contain some of the best moments of the band’s all too brief career.

Crispin Hunt wrote most of the tunes here, but I don’t think many people would argue with the suggestion that the band benefitted enormously from the talents of their young guitarist – a certain Mr Richard Hawley, as his stamp is all over it. Credit too should go to producer Kevin Bacon (no, not THAT one), who found a sound that not only chimed with the Britpop audience that they were lazily lumped in with, but which still stands up almost a quarter of a century later, where other artists from the same bracket now sound embarrassingly dated.

So the grizzly, grungey blues opening of ‘Happy Again‘, with its lamented opination of “I got no money / I’m prostituting” still rings relevant today, as does “I don’t get the joke” later in the same song. Then ‘All Hype‘ rounds side one off in style, the somewhat restrained feel of that song leading us into a false sense of security before the ultra-catchy ‘Sally Dances‘ begins side two like the calm before the storm. Dark and Moody like the Bunnymen in the verses but hugely infectious in its choruses.

Then that storm arrives in the shape of ‘Jesus Christ‘, an astonishing, pent up ball of frustration in musical form, or at least that’s how it initially feels, until you realise it’s actually a remarkably positive love song with the refrain “Jesus Christ, I’m on fire when you smile.”  This was a faintly controversial song back in the nineties, if memory serves me correctly, but phew, WHAT a track this was.

‘Dozen Wicked Words‘ carries on where ‘On And On‘ left off, before the more leftfield, thrashy ‘Elvis‘ has us all right at the centre of that sweaty moshpit of our youth, then ‘Over Our Bodies‘ is like the comedown after the party, but the cacophony of noise that closes The Sun Is Often Out is so euphoric that it’s something, I imagine, is akin to being caressed by angels. Those angels, if you’re patient enough, will eventually make you ‘Sleep‘, in a hidden track at the end of the latter curtain closer.

This latest reissue comes in funky blue vinyl and quite frankly, it’s essential. I demand that you buy it. Now.

The Sun Is Often Out, blue vinyl edition, is released by Demon Records on June 26th.