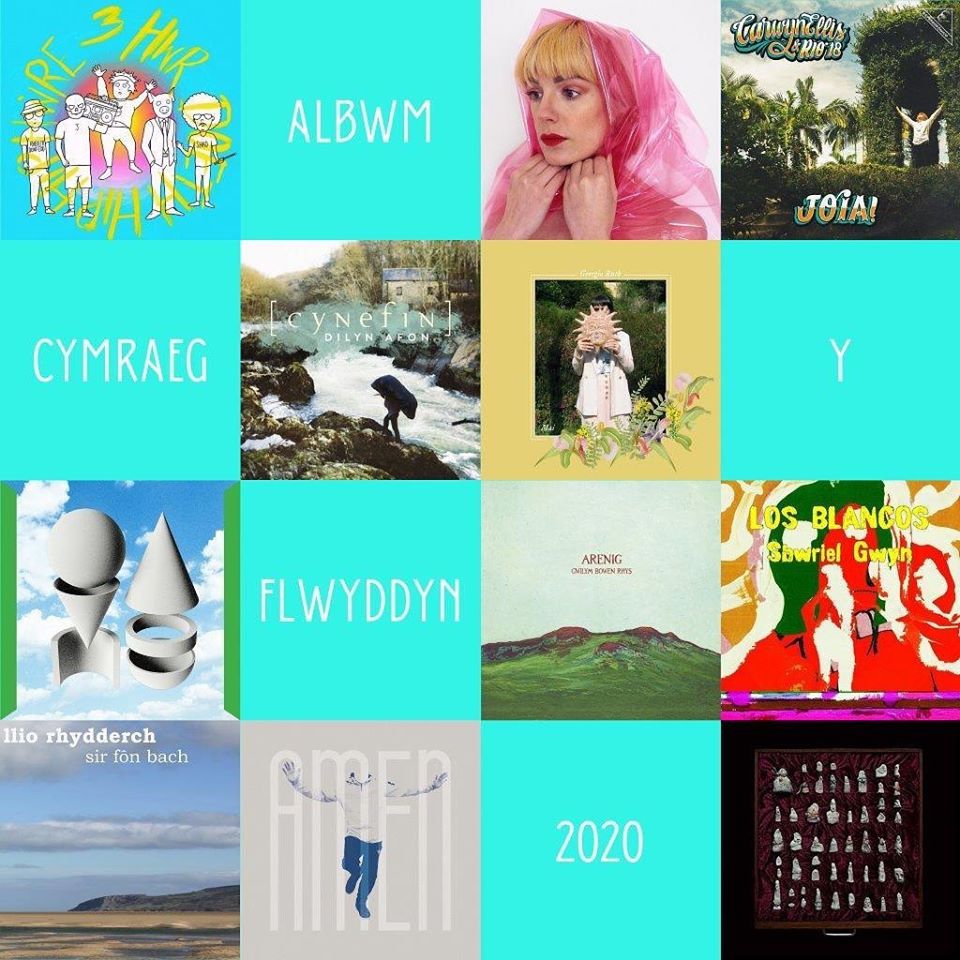 The shortlist for the Gwobr Albwm Cymraeg y Flwyddyn (Welsh Language Album of the Year) has been published by the National Eisteddfod and BBC Radio Cymru.

The number of albums eligible for this year’s award was so high, the judges – Elan Evans, Siân Eleri Evans, Huw Foulkes, Gwenan Gibbard, Dyl Mei, Siân Meinir, Gwyn Owen and Neal Thompson – included 11 albums on the shortlist rather than the conventional ten.

As the annual Eisteddfod celebrations can’t take place in August as planned, the multi-platform AmGen (Welsh for alternative) project will run to the end of the traditional Eisteddfod week.

Radio Cymru are running their own on air ‘festival’ over what would have been the first weekend of the Eisteddfod, and the winner of the Welsh Language Album of the Year will be announced on the radio during this event, on 1 August.

A series of programmes on Facebook live over the next few weeks look at each of the shortlisted albums in turn, starting with Carwyn Ellis at 6.30pm today (Friday 26th June).

These will be put on the Eisteddfod website and You Tube channel in Welsh, an English translation track for the interviews will be published online after they’ve been broadcast.

The aim of the Welsh Language Album of the Year is to celebrate the eclectic mix of Welsh language music recorded and released during the year, from 31 May 2019 until the end of May this year.