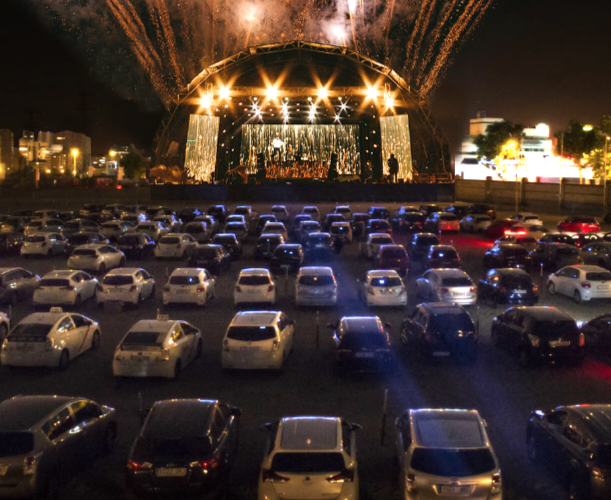 I realise the last thing we need currently is another doom monger of gloom and “the end is nigh” prophecies but the future is not bright, the future is black and bleak for our independent venues.

The general understanding is that we won’t be heading to Brixton Academy and the likes until the new year at the earliest and our grassroot joints aren’t going to survive till then. Go-fund Me initiatives are holding back the tide of landlords and bailiffs but it isn’t sustainable. Fifty million quid is the number being banded around that the government need to stump up to save them all, but do we think it’s that high on their agenda? Rightly or wrongly, that kind of cash won’t be speedily forthcoming so what do we do in the meantime?

When Laura Marling announced her pay-per-stream gig at Union Chapel it felt like the floodgates could open. This would be an opportunity for many other venues to host artists and bands and sell tickets for people to watch on-line but the uptake has been few and far between.

The bedroom session is doing a roaring trade still, and back when we were all getting used to the idea of hunkering down in our homes with 378 rolls of bog paper and a cupboard full of Pot Noodles, these filled a hole in our lives. But is it enough now? Is it enough for bands to survive for the foreseeable, short term? There’s only so many LPs, so many t-shirts, so many prints that can be bought by the die-hard fans in their corner of the industry.

Is it enough for us, the audience, the patron, to sit watching bands on a split screen on our smart phones? If we’re honest, it has worn a little thin. As the restrictions are lifted and we can have a fucking McDonalds again and even go back to the pub soon, we’re craving live action entertainment again.

Some bright spark has taken the nation’s apparent desire for sitting in a queue in their cars for that hit of the nasty by creating a drive-thru gig. Live Nation have come up with this intriguing idea that you can roll up for a soggy bun with some fat enhanced meat gristle and get some live tunes whilst you’re sat in your car, wedging floppy fries in to your gob and whipping your mush with a glossy flyer trying to sell you the next event here at the EE Drive By Arena.

Ash, Lightning Seeds, Dizzie Rascal and Gary Numan have all been given a giant car park to play to in various disused aerodromes near Birmingham, Bristol, Edinburgh, London and Liverpool and many more will probably follow suit. It has already happened in Denmark and Germany and will probably take off like the planes that used to tear down those now weed ridden runways in the U.S.A where they don’t need to be asked twice to neck each other in a plot full of other cars and not pay any attention to what’s going on in front of them. At least this way you won’t be able to hear their inane babble. Hmmm, maybe there is something in this.

However, before we get in line to bow down to the massive promotional conglomerate that is Live Nation, the poor loves have felt a squeeze on their profits and so to negate the chance of this all happening again next year, they have decided to shift the burden to the artist.

According to Rolling Stone “the company wants to decrease the monetary guarantees promised to artists before an event by 20% across the board, and if a concert is cancelled due to poor ticket sales, it will give artists 25% of the guarantee (as opposed to the 100% that promoters are currently expected to pay). Moreover, if an artist cancels a performance in breach of the agreement, the artist will pay the promoter two times the artist’s fee”. So arranging a few big car parks for a band to play in is just a smokescreen for the kick the bollocks when you can’t see it coming.

In any case, whichever way you slice it, you aren’t going to fit much more than a few mopeds and Bromptons in a grassroots venue like The Lexington and you’ll be hard pushed to get a motorized bike up those stairs. So how is this helping them?

No, it isn’t the same thing, but getting your favourite bands up on those stages as a couple of cameras whip around them is as good as it is going to get at the moment. Theoretically they could sell double or triple the capacity of any venue and you get to sit there with as many cold beers as you like for half the price, from the comfort of your sofa, or bed, or patio furniture.

As this government lurches further to the right and these brain-dead fucks make more screw ups live on television, they are becoming less inclined towards the thinkers, the poets, the musicians, the playwrights and actors and the stages they require. As they chastise, castigate, lampoon and lambaste these bloated buffoons that run this country (into the ground), Boris and the Bellends are going to do everything they can to prevent funding and stop them having a say. And it will be wrapped up in the wrapping paper of priority, getting essential business back on their feet, protecting the nation, staying alert and listening to the official government advice from the health experts that aren’t allowed to speak at press conferences. Far better for Handcock (sic) to bluster his way through and laugh like he’s about to be taken back to the asylum before he has to respond to anymore of the hard-hitting questions, like “Why are you fucking lying about testing figures?!?”

It seems there are those who are taking a punt on a grunt and starting to schedule gigs for the end of the year, although mostly for next year. Here’s hoping spike number two doesn’t rear its ugly head this winter.

The more discerning of us are craving the hit of live, ear splitting loud music, the louder the better to drown out the prattling pricks. Others are happy with their virtual reality gigs.

As someone once said “the public wants what the public get”. That’s entertainment.