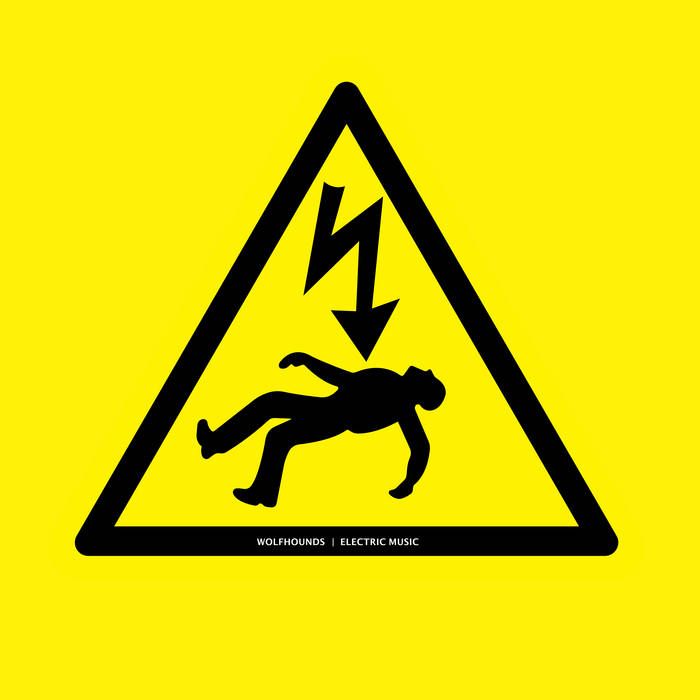 “After a series of disastrous political decisions the United Kingdom has finally fallen foul of the International Community. Ostracized and bombed at random the country has fallen apart. With the infrastructure in ruins, tiny communities struggle on relying on ancient traditions and myth for their structure and identity.”

No, those aren’t breaking news headlines, but the synopsis of James Lovegrove‘s 2003 science-fiction novel Untied Kingdom. While Lovegrove’s story is a reaction to the Balkan wars of the mid-1990s, fourteen years later the same trope resurfaced in The Wolfhounds’ last album ‘Untied Kingdom (…Or How To Come To Terms With Your Culture)’. Theirs was a more poignant take on a divided contemporary Britain; a reaction to blinkered flag-waving snobbery and failures within the political system. Three years on, Wolfhounds revisit how much further we have fallen since, capturing the essential mood of 2020 on new album, Electric Music.

I’ve always associated David Callahan’s vocal sneer with the resilience of characters living in Mike Leigh‘s desperate inner-cities. The strength of Callahan’s and Andy Golding’s songwriting similarly taps into the inconvenient or uncomfortable truths of the time, pointing out the complacency and ignorance of small, everyday injustices.  So, the first rather unsettling thing to note about Electric Music is how relatively normal and upbeat The Wolfhounds sound on these new songs. Unsettling, because it’s not they who have changed. We have. It seems that we’re falling headlong toward the hopeless dystopias imagined by 1980s Marxist film-makers – with leper bells on.

Redoubling their effort and with maybe a hint of I Told You So, Wolfhounds take aim once more at a string of sociopolitical failures that characterised Untied Kingdom, this time with an energy few contemporaries can muster. Adrenaline-spiked ‘Can’t See The Light’ sets a very high bar almost immediately. The arcing hook of the opening bars is driven down into the dirt relentlessly by a battery of drums and Wolfhounds’ now distinctive detuned guitar style, whose power collapses in on itself, trembling in its decay. The song’s familiar narrator is buried alive by his own hubris and complicity, clawing desperately to escape the gloom but blind to the way out. The persistent pace continues on ‘Like Driftwood’, which whips up peaks of frenzy before fizzing away like splashed blood on hot tarmac, its opposing blows colliding over soon-to-be-forgotten, pointless differences. By contrast, the meditative drones of Golding’s bulbul tarang on ‘Song of The Afghan Shopkeeper’ summon ghostly reminiscences of a far-away homeland, regretful thoughts unfolding to the red, white and amber coloured lights of streaming city traffic.

With flourishes of steely guitar, ‘Lightning’s Going To Strike Again’ thunders along, propelled by a low-end bass and tom rumble like an underground train beneath the streets. Both a marching cry and an eerily prescient warning, “the time for not-so-superheroes is now” now somehow sounds a lot less like prepper paranoia. But, if ‘And Electric Music’ is any indication, Wolfhounds doubt anyone is really paying attention. The acerbic title track laments the swamp of nostalgia we all find ourselves in, whether that’s some nationalistic fantasy, or idealised opinion of what ‘real music’ is, or something else. Everything is purposefully overdone here, to spectacular effect, reminding me of Callahan’s other excellent project, Moonshake. Skewered pitch shifts and dangerously driven bass tubes clear the sound stage for Golding’s furious guitar swarms to kick up an electrical storm, while lyrical one-liners cut through the ensuing fuzzy mess.

The album’s cameo appearances and guest slots help to mix up the textures and add yet more depth. After her shadowy backing on Untied Kingdom’s ‘Lucky Heather’, guest vocalist Katherine Mountain Whitaker (Evans The Death) returns as an interesting counterweight to The Wolfhound’s rawness on three tracks in particular. The poignant bassoon refrain by Rhodri Marsden (Scritti Politti) also lends an essential, dusty emptiness to ‘Roaches’, a song that celebrates both the futility and necessity of survival. ‘Roaches’ processes its intrusive self-destructive thoughts with a fixed smile and a finger lightly resting on The Big Red Button.  Next, another album highlight, ‘Pointless Killing’ continues the theme of escaping by (almost) any means. The opening frantic dual guitar hook embodies the social anxiety felt by the song’s narrator, who could be a refugee or a returning soldier, but perhaps anyone who watches the endless violence of breaking news stories. Whitaker shines once more on the peppier ‘Stand Apart’, a song that wouldn’t sound out of place on Unseen Ripples, reminding us that Wolfhounds are, at heart, a post-punk band that know how to write great tunes. Then, the simmering burn of ‘We Don’t Believe Anything’, however, reminds us of the other thing that Wolfhounds are good at: honesty. Against a nightmare backdrop of creeping, demonic guitar shapes and with shades of Tom Waits’ bourbon-fueled bar room confessions, Golding reads out the charge sheet against a politically disinterested society, extinguishing all hope of a happy ending: “One day the truth will out, for the moment …it’s for keeping”.

Electric Music is The Wolfhounds at their most thrilling, bleak, heartfelt and damning best. Here they demonstrate that 1000 volts can restart the human heart. But as for the soul, no-one knows.