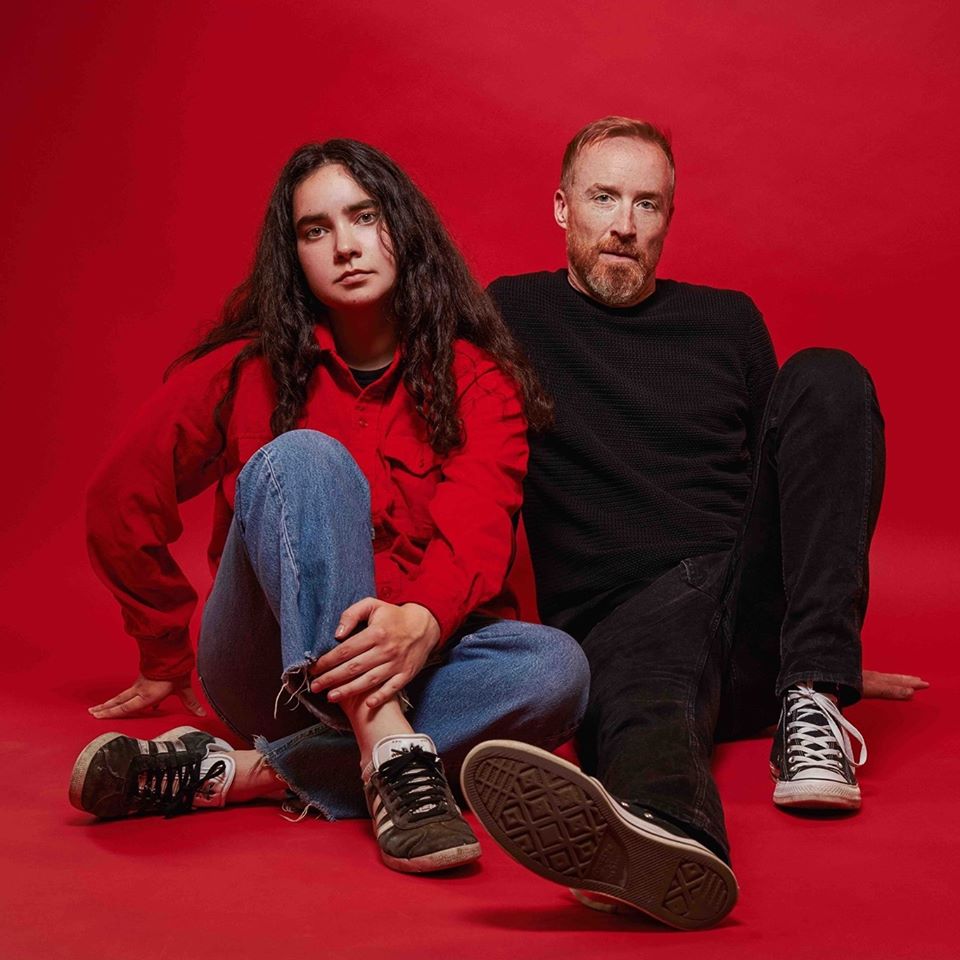 Francis of Delirium are a Luxembourg-based ultra-cool duo whose musical stylings delve deep into indie rock with a quirky edge. Their debut EP All Change is out now via Dalliance Recordings. I asked them a handful of questions about their project, their plans and their influences:

Tell me about your new song, ‘Ashamed‘ and the concept behind the music video.

‘Ashamed‘ is about navigating how much of yourself to give to other people, and then when it feels like you’re not giving enough or what you are giving isn’t useful or valid, you’re met with shame that comes from not meeting those expectations. There’s also an underlying frustration that you even care about what other people think.

As for the video, earlier in the year I had a mild obsession with stop motion, and when I was thinking about ideas for the video I wanted to have paint represent shame and have it move through the body. The only way to get the paint to move was to use stop motion so I started planning the video around that idea and then once that started I had a bunch of other things I felt the video could say. In general, the concept though is just visually representing the lyrics, each scene is a direct reference to the lyrics going on behind them.

It was pretty fun, most of the time. I worked on it with my mom in quarantine; we set up a blanket over a door as the background and then set up our tripod and camera. Since it is stop motion it can get frustrating when your body has to stay weirdly contorted for a while as you apply paint. We would split up scenes each day and challenge ourselves to get 10 seconds or 20 seconds of footage each day. It ended up taking just under a month to shoot, but I think that was mainly because the camera we had would overheat and then not work for a few minutes at a time. This caused us to take five-minute breaks that would lead into two days of not shooting.

Tell me some more about your EP, All Change.

All Change is centered around cycles of negative thought patterns and allowing them to take over every aspect of your life. Each song is meant to look at that idea in a different way, with ‘Broken’ acting as an introduction to someone who believes we can’t change because they’re too comfortable living in negativity or it’s too difficult to get out. By the end of the EP, ‘Quit Fucking Around‘ is this wake-up call that you can’t keep feeling broken and do nothing about it.

The title of the EP is meant to be representative of a train going back and forth on a track and when it arrives back at its starting point, the conductor says “All Change” giving you the option to get off or continue going back and forth or continue ruminating on destructive thoughts. So the person in the EP initially has no desire to get off the train and throughout the EP they’re trying to get off the train, but it can be easier said than done.

What’s your favourite song on the EP and why?

We’re always working on new music and jamming, so we should be releasing more music in 2020 and we’re supposed to have some show in the Fall so we’ll see if those pull through. Ideally, in 50 years when Chris is 98, we will headline Glastonbury, trying very hard to manifest that one.

What was the first song you ever wrote together?

We tend to jam a lot of songs into existence and used to play covers together, so in between practicing covers back when I was 15 I believe the first song we wrote together was called “What did you say”, or “lost my shoes”. Very exciting song titles.

Our local scene is pretty small, which can be good because when touring bands come in, it can be easier to open for them. It also means that you know everybody because after a few shows you see the same people, which can actually be really cool, it’s a pretty close community.

Homemade rock from the heart

I really admire Car Seat Headrest, St.Vincent, FKA Twigs, Sufjan Stevens, Tyler, the Creator. I admire when you just don’t know what an artist’s next album will sound like. Chris really admires Anderson Paak, early Prince. We could go on for years, but we’ll cut it there.

My dream collaboration right now would be working with Jack Antonoff, I feel like we could do something fun. Or Hans Zimmer, if we wrote a musical together, that’d be pretty cool. Chris’ says “Rick Rubin comes to mind”.

We haven’t played an immense amount of shows, but we really loved opening for Common Holly. Her band was so tight, it was insane and really inspiring.

Thanks for having us.

All Change by Francis of Delirium is out now via Dalliance Recordings.