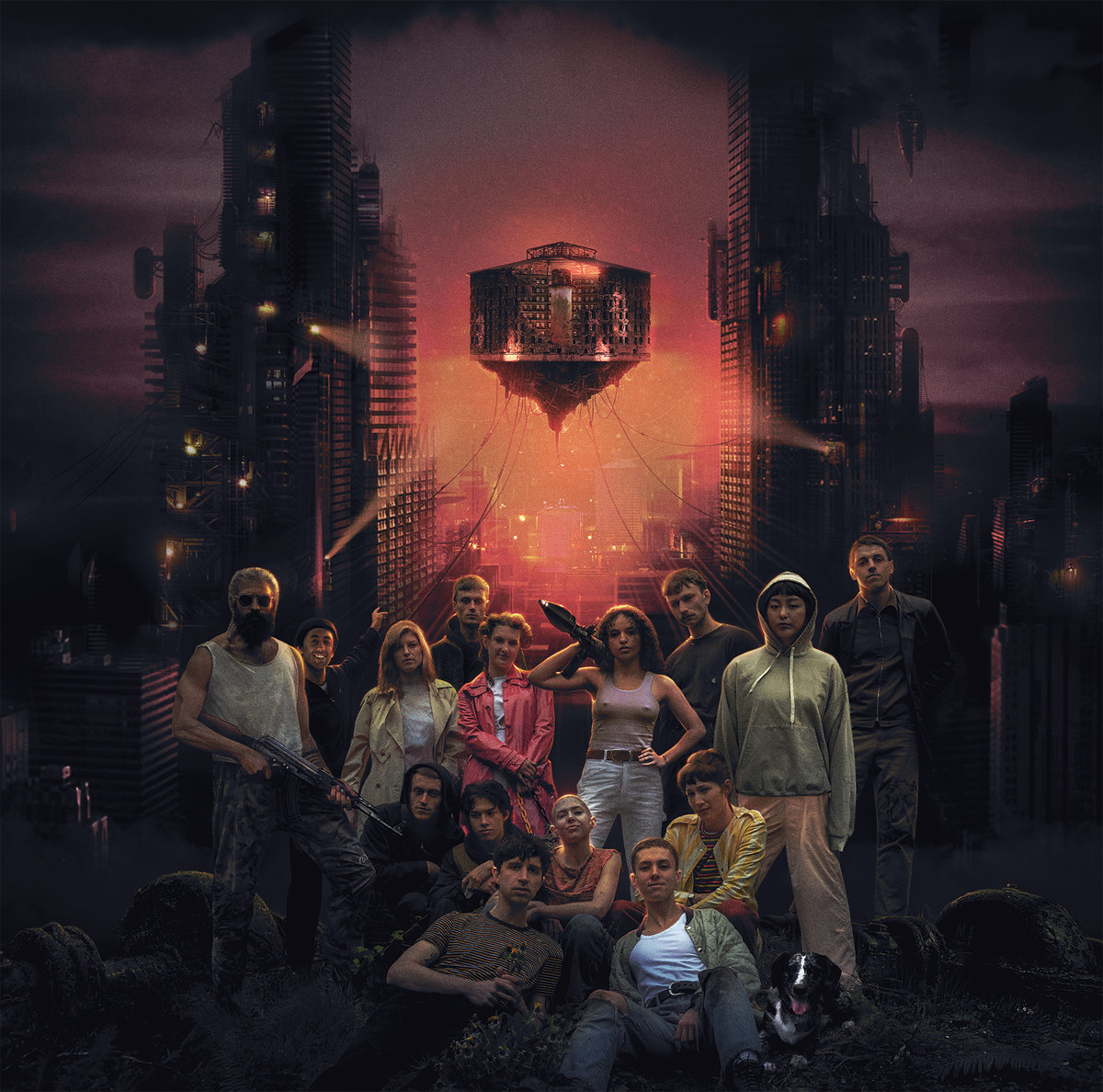 Vancouver artistic collective Crack Cloud are an ever-changing team whose many, many members include survivors of and support workers in Canada’s spiraling opiate crisis. For several years they’ve used creative media, including music, as a means to recovery, building a community around this work, combining their talents to focus on the future. Pain Olympics would be an inspiring stepping-off point for any band. In the hands of Crack Cloud, it’s an even more compelling debut and is, as the back cover states, entirely ‘based on true shit’.

‘Genre-defying’ is now a cliche often used to describe music that is a bit inconsistent, incoherent or, to put it another way, music that does not yet fit into the listener’s understanding of the world which made it. Do a quick search on Crack Cloud and you will see a lot of Gang Of Four, Talking Heads and Psychic TV references, but going into this album I’d suggest you ditch comparisons altogether.  Crack Cloud are like fire in a vacuum, filling the void with pure, unpredictable energy. Yes, the songs here are clearly a product of the experiences of addiction and the long road to rehabilitation but the group has been clean for several years and it would be reductive to define Pain Olympics in these terms. Redemption songs for the traumatised and tired they are not. There is no agenda here except the expression of artistic drive. It may be based on a philosophy, but Crack Cloud are not here to proselytise.

If you have been following the twisting path of Crack Cloud for a while you’ll recognise immediately that Pain Olympics makes good on the promising flashes of brilliance in their first EPs and by completely reconfiguring the usual post-punk hooks and shapes that were their training wheels on ‘Drab Measure’ and ‘Graph of Desire’, they go even further. The opening choral refrains on ‘Post Truth (Birth Of A Nation)’ are more like some deviant show tune for a forgotten generation. It’s bold and a confidently executed off-kilter intro that plugs us directly into Crack Cloud’s vision. “We are all post truth”,  empty of meaning, lied-to, confused and hooked into a system slowly devouring itself. While they revisit a song from their earlier releases, the brain-melting tension of ‘Bastard Basket’ sounds even more sinister in the album’s context in which runs a deep desire to live for the present. ‘Somethings Gotta Give’ follows like a fever dream, cold beads of sweat forming around vocalist/drummer Zach Choy’s icy delivery, stretching an otherwise ordinary acoustic guitar/bass riff to its destructive limits. By now it’s clear there is an anger present here that’s difficult to feign.

Choy’s prominent rhythms and distinctive vocal tie down the otherwise disparate elements of Crack Cloud’s sound, but to fully sense how they bring all that imperfect, thrilling mass together you have experience it live, or through their self-produced videos. Lead single, ‘The Next Fix (a safe space)’ does this beautifully, channel-skipping to the off-beat and telling a story through different styles, cutting from modern dance to TV soap, documentary to art-house horror and more.  Characters from these seemingly incompatible slices of art and culture find each other at the end, united in an uplifting chorus. These cadavre exquis and sudden shifts in Pain Olympics are an absolute delight, stepping over the precipice into something unknown with each turn. All too briefly,  ‘Favour Your Fortune’ provides one of the best unexpected twists, playing out its nightmarish visions through a cruel blend of heart-stopping hip hop sub-bass and spewed warring chants, rather like a hushed battle rap between Tricky and 3D. Next, angular and Devo-like, ‘Ouster Stew’ is arguably the obvious entry point for the uninitiated and was therefore an inspired single choice. The accompanying video adds more layers to Choy’s cryptic polemics, with an uneasy blend of post-apocalyptic imagery akin to Escape From New York  and symbols from the recent past, like the ‘non-compliant’ orange Guantanamo Bay detainee uniforms and the beheading at the end. It’s shocking and yet discomfitingly normalised by the choreographed dance moves and smiles. “Perhaps we cannot come to a proper solution (Well, choose a side!)”, pretty much sums up the binary political world we are trapped in, where survival depends on siding with power, not morality.

Pain Olympics goes out with two of its strongest tracks. First, the dark, freakish interplay between Mohammad Sharar and Choy’s vocals and rhythms on ‘Tunnel Vision’ (below) sets up a vicious momentum that draws down into a kosmische cyclone, before disintegrating completely as if it never existed. Rising on gaseous celestial vape clouds and scuzzy harmonies, ‘Angel Dust (Eternal Peace)’ opens with a line that cuts deep into bone: “The past it haunts us all, and the future is littered with doubt”. This huge embrace of sound wraps around itself on the ascent, with cascading harps and masses of angelic hosts that reveal themselves at its peak, before stalling into a rapid descent. Wailing police sirens and desperate, horrific screams drown out the last words on the album, spoken by Choy’s friend and Mentor, E.H. Alley.

Members of Crack Cloud might eschew all claims of being a cult, but Pain Olympics will speak to many out there looking for meaning and something of substance to believe in.