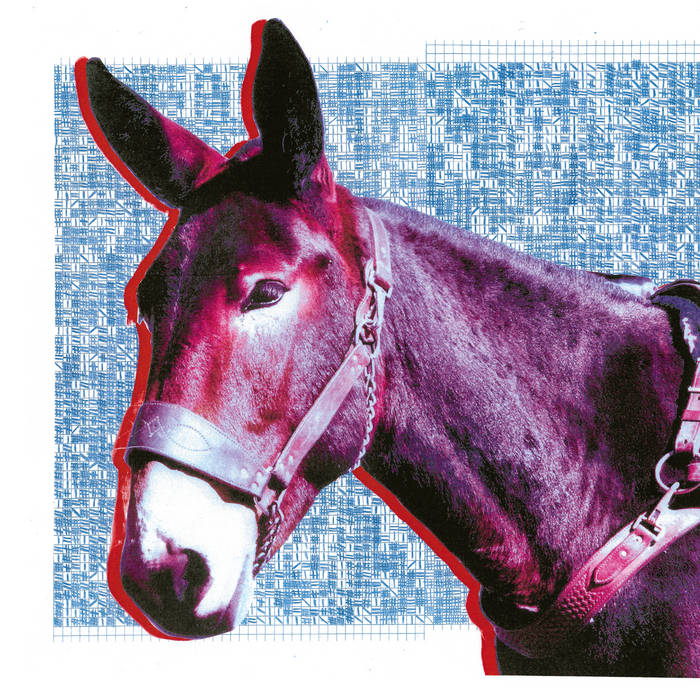 In 2017 Detroit post-punk act Protomartyr broke into the mainstream with their dynamic and expansive fourth album Relatives in Descent.  There were still trace elements of the group’s punky debut but over the years they had developed into a more sophisticated band, both in terms of writing and production.  They have dialled down their number of cathartic outbursts so when these moments occur, they resonate deeper than before.  Given that Protomartyr are my favourite band (I spent a whole year lost in their third album) I went into this release nervous – what if I didn’t like it?

Ultimate Success Today was written around a typically chaotic tour schedule (they have visited the UK 10 times in the last 5 years).  It was recorded in a 19th Century church with high arched ceilings, a setting which gives the album a distinctive natural reverb throughout.  For the first time Protomartyr have session musicians who contribute saxophone, clarinet and cello to the mix.  These performances are in tune with the rest of the band’s spirit, adding to but not overpowering the core sound.

‘Day Without End’ is a patient opener, gradually building in intensity with its wall of guitars punctured by irregular, scatty saxophone and vocalist Joe Casey gradually building the anger in his performance.  Prior to release ‘Processed By The Boys’ and ‘Michigan Hammers’ came across as obscure lead singles, but in the context of the full album they are powerful and direct.  Meaty rhythm guitars thwack you over the head, emphasised by that gorgeous reverb.

In the five years I’ve been listening to Protomartyr nothing prepared me for the overwhelming menacing force of the guitars that arrive two thirds of the way through ‘I Am You Now’.  It is a moment which makes me look forward to the return of live music.  This is perfectly sequenced next to the breezy, regretful ‘The Aphorist’ where Casey’s typically dark and humorous lyrics take centre stage.  “There’s the failed lawyer haunting teen-punk shows/ he’ll explain his top 5 for 09 and what to eat/ but, if you ever saw his bald-skull head/ you’d be certain he’d been dead for weeks”.  The vibe of the verses brings to mind a couple of the cuts from Relatives in Descent.  ‘June 21’ on the other hand, with Nandi Plunkett joining Casey on vocals, feels totally fresh.  What starts as a bright and itchy song, slowly plunges into a twisted, dark, distorted space.  The urgent transformation is beautiful.

‘Tranquilizer’ is home to one of the weirdest Casey vocal performances we’ve ever heard – there is a playground rhythm to his vocal flow.  The half screamed chorus and woozy, distorted, prominent bass line make for a great combination.  ‘Modern Business Hymns’ is a euphoric, scrappy guitar song where unsung star Alex Leonard on drums delivers the performance of a lifetime.  Following the anthemic ‘Bridge & Crown’ the closer ‘Worm In Heaven’ is a surprisingly warm ballad.  Given the depressing nature of Casey’s lyrics it is a welcome choice for him to give such a hopeful and carefree vocal performance.  “I am the worm in heaven/ remember me/ how I lived/ I was frightened/ always frightened”.

Following this release I can happily still say that no living group does post-punk better.  While Ultimate Success Today does not quite have the singles potential of previous Protomartyr records, it easily has the best flow.  It is a masterclass in how to write a perfectly tight, inspiring rock album.

Ultimate Success Today is out now on Domino.