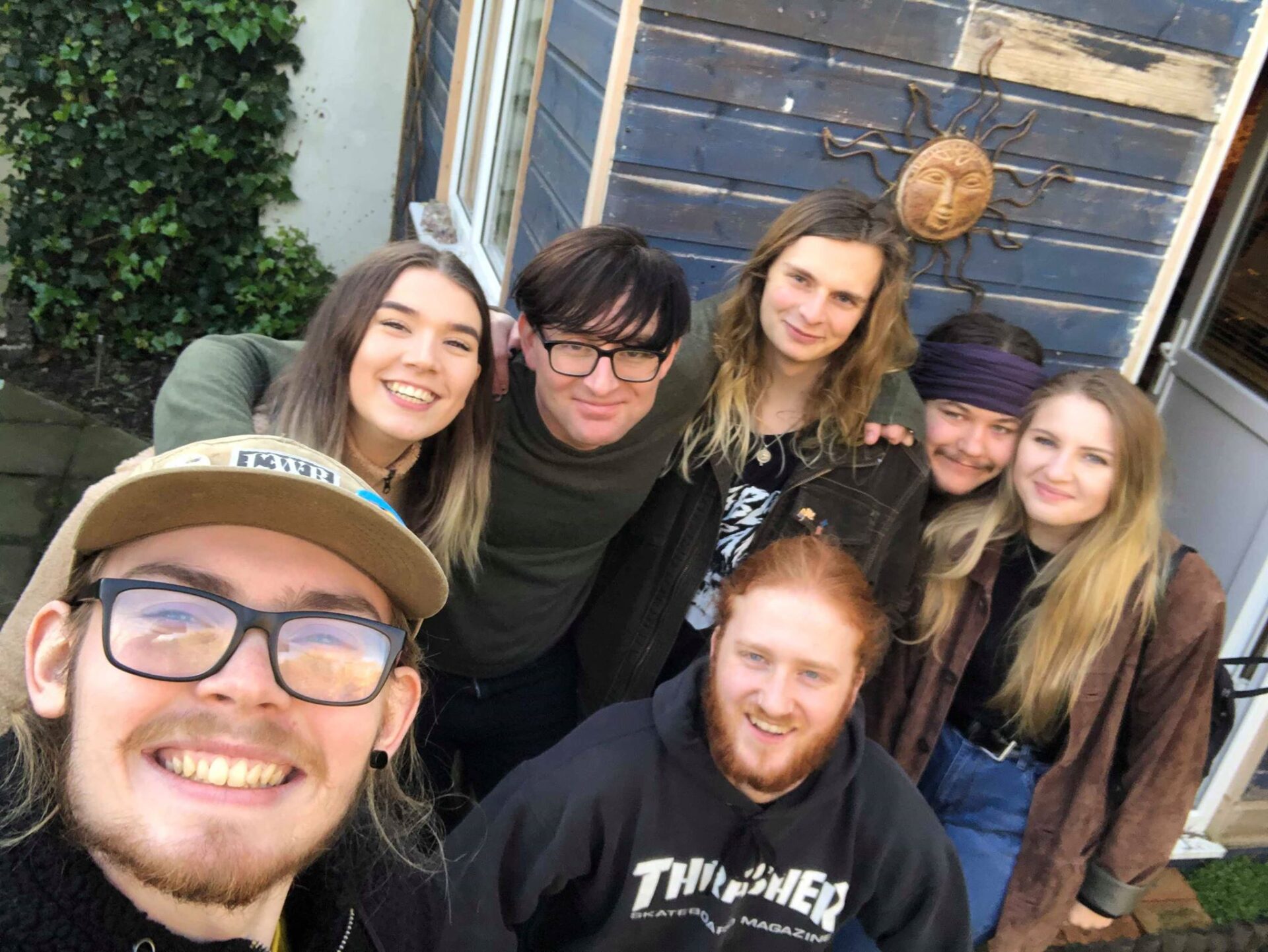 Written in the aftermath of December 2019’s bitter, General Election, and recorded shortly before lockdown, ‘They Want Us To Die’ is three-minutes of incendiary politically charged garage-punk with a singalong chorus, that sees a Bury St Edmunds collective comprising Tundra, Gaffa Tape Sandy, B.U.H, Kulk and Seymour Quigley (Horse Party/Miss Black America) hurling invective at political polarisation. The DWP’s victimisation of vulnerable people, the underfunding and dismantling of the NHS, homelessness, the gender pay gap, illegal wars, the lie of austerity, the media’s complicity in spreading misinformation, the rise of nationalism and xenophobia, and weaponised false nostalgia; a salvo given horrific resonance by ongoing events.

Today, we debut the accompanying video it was filmed by Jade Ashleigh Squires (the drummer from Kulk) on a 1980s camcorder whilst the collective were recording the song in the studio. 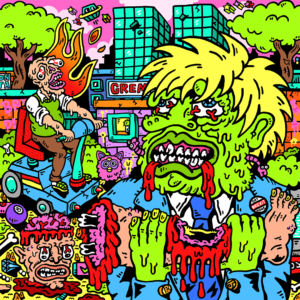 Its one side of a double AA sided single with Jack City Rockers track ‘Borisborisborisoutoutout‘ out now on R*E*P*E*A*T records.

Featuring outstanding artwork by illustrating genius Russell Taysom (who recently masterminded an incredible animated video for ‘Never Trust A Man With A Perm’ by Idles) which depicts the UK’s part-time puppet Prime Minister and hilarious comedy fascist Boris Johnson as a zombie feasting on the flesh of the poor – because he is a monster and that is his legacy – ‘We Are Flex Bob-Omb’ is available on limited edition 7″ blue flexi single via mail order from the R*E*P*E*A*T Records Bandcamp page at www.repeatfanzine.bandcamp.com    The tracklisting is:

Side A – Tundra – ‘They Want Us To Die’ ft. Gaffa Tape Sandy, B.U.H, Kulk and Seymour Quigley

All profits will be split between Gatehouse Food Bank in Bury St Edmunds, and Creature Sound Community Venue and Homeless Sanctuary in Swansea. The Spotify and Apple Music streaming links are here: http://hyperurl.co/TWUTD