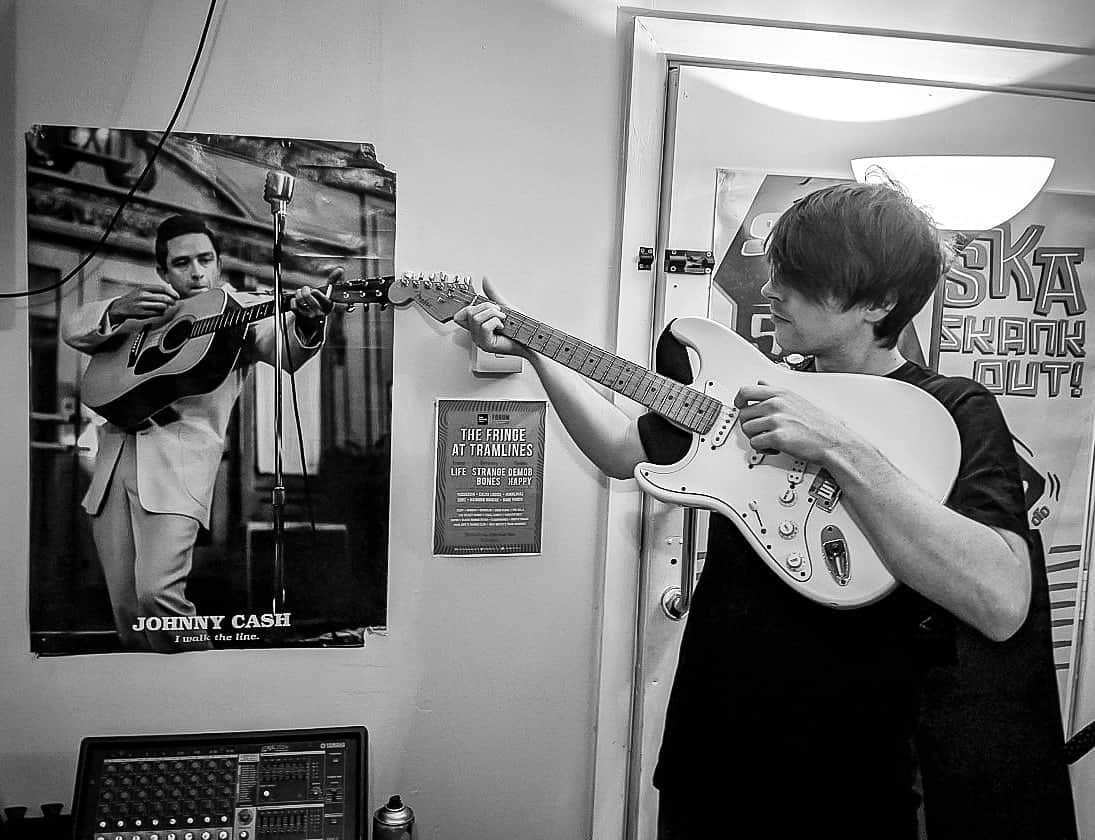 For the fifteenth Lockdown Live session FloodHounds have delivered an exclusive three song session for us, watch it below.

2019 highlights include playing major festivals like Isle Of Wight & Liverpool Sound City, gigs all over the country, multiple sold out shows, and even a second international gig in Paris in Nov 2019. Championed by BBC Introducing Sheffield and winners of Pirate Studios’ National Live Session competition, FloodHounds were joint winners of Sensoria Festival’s songwriting composition award, which was presented to the band by steel city icon Richard Hawley.”

FloodHounds’ latest single ‘Something Primeval’ was the second of two new tracks recorded with producer Thomas Mitchener, occasional member of Frank Carter & The Rattlesnakes, and producer of the first two Rattlesnakes albums. The track has been described as a song “that lives up to his name, there’s something animalistic about the rhythm and the way that it drags us on a journey through the jungle.The message behind the track is an important one … and Floodhounds deliver it with extra gusto” (God Is In The TV Zine). The official video is due very soon, filmed in the famous gothic medieval “Bear Pit” of Sheffield. Stream ‘Something Primeval’ here: ffm.to/something-primeval