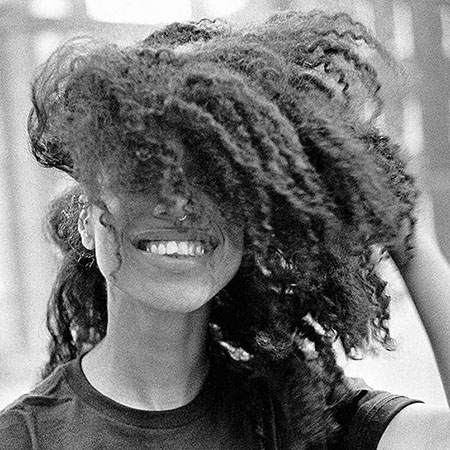 “No more looking out for someone else but me. Fighting an old war. Reaching out for something out of reach. Keeping my eyes closed, so I never miss another beat. Running my own show. You can find me dancing on my own. As hard as it may be”. (‘Sour Flower’).

When musicians label their third record after their own name it is likely out of lack of ideas or pure laziness, but for London musician Lianne La Havas the self-titled stamp was completely intentional. As she feels this album out of her discography represents her the most and is about the path she has taken over the last five years – since her 2015 album ‘Blood’ – this has lead to the Brit to realise the importance of self-care and not sacrificing her own identity.

On La Havas’ previous record ‘Blood’, she was piecing together her mixed race identity – born in UK’s capital and having Greek and Jamaican roots – highlighting the insecure feeling that multiracial people feel when it comes to belonging. On her new self-titled LP it’s love, a series of deaths and being away from home that reintroduced doubt and fragility into her life.

La Havas was in a relationship with a Los Angeles resident whom was also heavily involved in the music industry, which caused an emotionally draining competitiveness, whilst simultaneously close friends and family passed away; her grandmother and great grandmother, as well as her muse Prince, whom she had a tight connection with. When La Havas moved back to her beloved South London, she started to repair her wounds and reconnect with herself. The album details the three stages of identity rebirth; the giddiness of the beginning of a romance because you belong to someone, the demise of a troubling relationship and then the regained freedom out of its collapse.

The first stage is heard on ‘Read My Mind’. This is one of many tracks in which La Havas brings a new Brazilian flavour to her neo-soul. The inspiration comes from the style of prolific Rio de Janeiro artist Milton Nascimento. Other tracks influenced by this sound are on ‘Seven Times’ (from the guitar and flute) and ‘Courage’ (from the whistling and because it’s also the name of a Nascimento record) which are from the second stage of La Havas’s story. ‘Read My Mind’ pictures that giddy moment where two single people lock flirtatious eye contact, which could lead to a relationship – it made me think of the opening scene to the Natalie Portman-Jude Law film Closer. The lyrics are a perfectly measured mix of cheek and free-spirited charm that really capture the song’s youthful romance, especially with the repeated backing singing lyric: “What you waiting, what you waiting for?” It’s really asking should I make the first move or would you like to?

While minimal and intimate ‘Green Papaya’ is the lovey-dovey start to a relationship, cracks begin to show in ‘Can’t Fight’– in which La Havas has a slight Beyonce style to her vocal – as the musician starts to experience troubles with her partner but vows to stay with him, determined to bring back that spark felt in ‘Read My Mind’. However, ‘Paper Thin’ is when it grows more intense because each other’s pains and emotions are unleashed. It details a heartbreaking conversation she had online via Facetime about each other’s mental state. “It’s your life. But you’re not the only one suffering That’s enough, I know you’re made of better stuff. Baby, you gotta roam free. Please don’t forget about me“.

When La Havas covers Radiohead’s ‘Weird Fishes’ from their 2007 album In Rainbows it’s really the relationship hitting rock bottom. She chose to include her cover (which she has performed in her set list for years previously)  because of the drowning feeling depicted in the lyrics, which really resonate with how she was feeling at the time: “The deepest ocean. The bottom of the is sea. Your eyes. They turn me. Why should I stay here?” It is a great example of when a cover is done in the right manner. It’s similar to the original in its drum pattern and aura but La Havas gives it an emotional neo-soul twist, as well as a moment of echoey a capella.

One of the successes of this self-titled album is how La Havas has been unafraid to collaborate with lots of different mixers and performers to give a distinctive feel to each track. Nick Hakim‘s present is felt on ‘Please Don’t Make Me Cry’ due to his signature production of hip-hop chopped beats, distant echo techniques and dreaminess. ‘Sour Flower’ ends with a rapid drum jam from Mark Guiliana, the drummer on David Bowie‘s Blackstar. In the track, La Havas has “flown a hundred thousand miles to get back to (her home town) Brixton” after a long absence and is enjoying her independence again. The title is also a cute ode to her late grandmother because the phrase about being self-reliant, and dealing with your own problems, was a common remark she made.

Just when it sounds like she’s found peace: “Keeping my heart clean. Working out is how I define my way. But I’m still hurting. Now I’m home, I know I’m gonna stay. Hard as it may be.” Lianne La Havas’s latest self-titled LP ends with the same track it began with, in ‘Bittersweet’ (albeit a shortened version), perhaps making it seem like the problems she’s experienced could happen again in a never-ending cycle. Knowing that inevitably they’ll be problems next time, will she act differently with a stronger sense of self-worth? This is a question that the 30-year-old could be asking herself and her listeners.