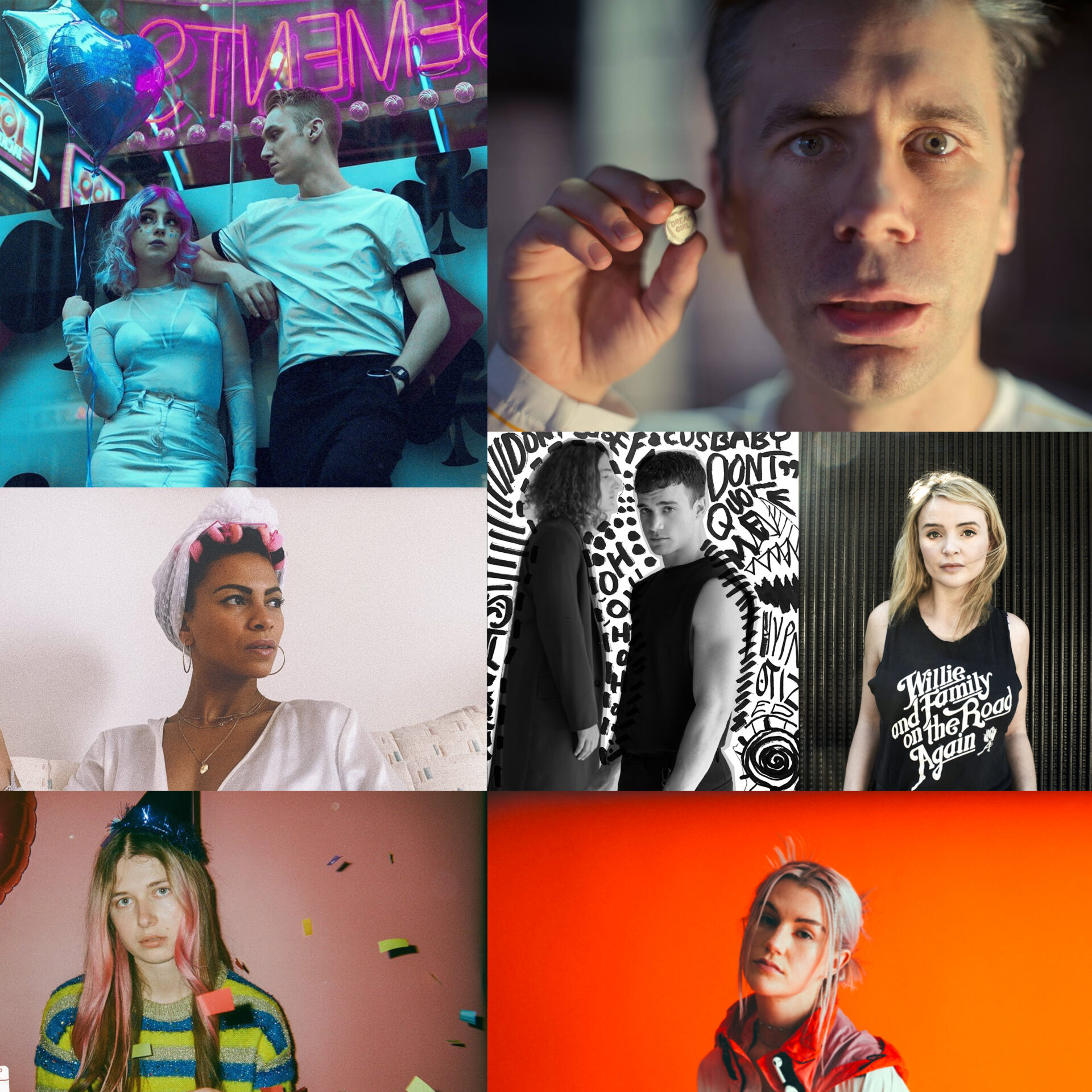 What they say? John MOuse releases his new album The Goat via digital platforms on the 31st of July followed by a physical vinyl release on the 28th of August through Keep Me In Your Heart Records. The concept behind The Goat, was to write, record and release a song on a weekly basis. Each song, accompanied by its own artwork, was then uploaded to Bandcamp. The album is preceded by the lead single ‘Le Pigeon’, (loosely based on Suskin’s novella The Pigeon) with its vivid stream of consciousness and chirruping synths.

Why we love it? Now five full-length albums into his recording career as John MOuse, for those of us already familiar with the music of John Davies (the man who is John MOuse) the delightful sound of Le Pigeon merely serves to remind us of his distinctive talent.  Here the Welshman offsets the existential angst of being confronted by the titular bird with his customary wry and meticulous eye for detail and delivers it to us all wrapped up in wave upon wave of contagious electro-pop. (Simon Godley)

What they say? From Emma’s forthcoming album Blonde on the Tracks: a re-imagining of Bob Dylan songs out August 14 on Tiny Ghost Records.

Why we love it? Taken from Dylan’s 1965 album Highway 61 Revisited, the Australian songwriter Emma Swift views the song from a female perspective, fast forwards it some five and a half decades and relocates it in the modern day. In doing so, she strikes a perfect balance between the original’s ominous intent, a beautifully understated 12-string Rickenbacker guitar accompaniment and her exquisite vocals. (Simon Godley)

Why we love it? This track grabs you immediately with smooth, soulful vocals and a unique tone that really sets this band apart from the crowd. The instrumentation is funky, sublime, and masterful. This is a band who know their identity to the finest detail and has the confidence to allow their personality to spill out into their art.  (Lloyd Best)

What? Are you Filming Me?

What they say? “I wrote the song after spending time in the jungle in Calais, and the whole experience was such a culture shock; coming back into a very surveilled western system after being in Europe’s biggest refugee camp. After that, everything about London felt orchestrated and self-centered, like the Truman show. It really stirred up a sense of paranoia within me, which ended up being one of the main themes of the lyrics. And it poses the question – ‘are we right in feeling paranoid in such a heavily surveilled existence?’”

Why we love it? Inventive, hooky and futuristic. Knowing and postmodern twst crafts a weightless, robo bop wrapped in paranoia and rippling with the ghosts of Madonna‘s ‘Drowned World’ and Jam & Lewis’s jerky sci-fi funk productions with Janet Jackson. Chloé Davis aka twst has an entire EP of fantastic hyper real pop music that grapples with the dystopic visions of technology that we are connected to all the time, twst is crafting her own universes keep your eyes on her.  (Bill Cummings)

What they say? Buzzkill is still my favourite song I’ve ever written to date, I feel like I spend my life trying to out-write it. I wrote it during a time when I was severely depressed, just before I went on antidepressants, and I was partying a lot, but I was so incredibly unhappy. I remember the exact moment the idea came to me. I was at an after-party in East London sitting at a table, and I began to cry. My friends looked at me and they were like “here we go again…” and I was like “THIS! THIS is IT! I have to go.” And I went straight home to start writing it. I played the idea for my producer King Ed and he was kind of immediately obsessed with it. When we finished making it, Ed and I looked at each other like “this is either the best thing we’ve ever made or it’s absolutely shit.” I think that was the moment the sound of Baby Queen came to life. This song epitomises everything that is the first era of Baby Queen. There is something about the stream of consciousness and the inner turmoil the lyrics are expressing that feels like home. When people ask me what Baby Queen is, I almost always just play them Buzzkill and they almost always just understand.

Why we love it? Delivered with deadpan humour doused in melancholy and apathy, this indie-rock-pop hybrid is the antithesis of feel-good music and is all the better for it. It holds a mirror up to the ugliness of society and forces a reckoning with it. The vocals are sublime with perfect delivery, the instrumentation is light-hearted and contrasts beautifully with the subject matter to make for an easy yet thoughtful listen.  (Lloyd Best)

What? Just Another Day

What they say? ‘Just Another Day’ is about questioning your place in the world, not feeling accepted, pretending to be in someone else’s shoes, so I wanted to show characters that exude confidence and self-acceptance as a message of hope for the LGBTQ people out there who feel rejected and misunderstood.  The video features 3 beautiful friends of mine, Yussuf, Gitoo and Bambi. They are some of the people in my life who I look up to the most when it comes to confidence and style.”

Why we love it? Another slice of soulful perfection from Adeline, who ponders about having “just another day”. Showcasing her beautiful voice, pitch-perfect control, layered harmonies, and beautiful instrumentation, this fits perfectly into our soundtrack for the summer (and beyond).  (Lloyd Best)

What they say? ‘Fake Fun‘ is inspired by our own experiences and, as a sequel to our debut single ‘Look At Me Now’, it’s part of a trilogy that explores “loser status”. We thought about the awkwardness of being part of a generation that grew up in between centuries and was kind of a result of the disappointment derived from the millennium, as it didn’t bring flying cars and Back To The Future scenarios but rather isolation, bullying and social media.

Why we love it? A fantastically fun and future-forward helping of bubblegum pop, this upbeat letter of complaint to fake friends is overflowing with dirty synths, catchy hooks and interesting production details that make re-listening a treat. The future is certainly bright for this ultra-cool duo.  (Lloyd Best)