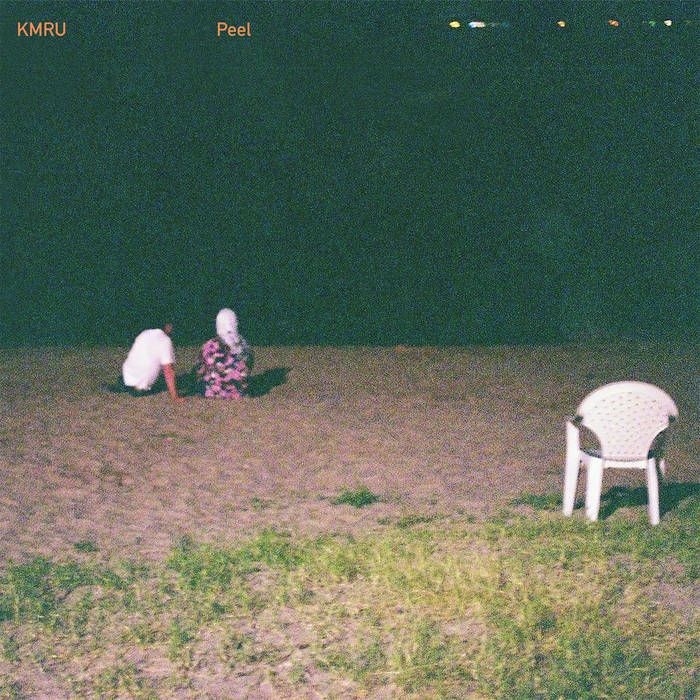 KMRU might not be a name that you are familiar with. This will change by the time you read this review. If you read the review that is. You might decide to cut your losses and either scroll to the bottom and listen to the link or go back to listening to that thing you always listen to. Both are valid responses, but as you are still reading this, I hope you are here for the duration.

KMRU, or Joseph Kamaru to his friends, is a producer and sound artist based in Nairobi who has been steadily releasing singular music since 2017. He is part of a scene consisting of like-minded musicians making exceptional experimental music, of which he is one of the leading lights. The music KMRU makes lies somewhere between ethereal soundscapes, drone, and avant-garde electronica. His latest album Peel is a gloriously diaphanous affair where at times you aren’t sure if you are listening to music or witnessing steam gently escaping from our speakers. The songs are made up of field recordings and delicate electronic melodies that slowly repeat, and revolve around you, creating a feeling of flux.

The title is apt, as with each one KMRU removes another layer to expose even more, or is that, less, of the album. ‘Klang’ is the track that epitomises this. Opening with sounds that are reminiscent of a film projector, a delicate melody slowly swells and builds underneath until it is almost all consuming. But then KMRU does a clever thing. Instead of letting this melody be the sole focus of the song, he then starts to rebuild ‘Klang’ from within. There are minimal synth lines that appear only to vanish immediately. There are piercing motifs that appear to get brighter and brighter as the song progresses. Subtle basslines act independently to create one hulking mass that lies just below the surface. As ‘Klang’ enters its final third the music has gradually shifted. Instead of the swelling melody being the sole focus, it has started to disappear back into the fuggy ether of the song, and those beautiful shrouded motifs. The standout track is the self-titled album closer. For 23 minutes ‘Peel’ gracefully undulates along. It doesn’t rush to get its point across. Synths are brought in with glacial slowness that are exquisite to experience.

There is a chapter in Italo Calvino’s classic book ‘Mr. Palomar’ where the title character, in fact the only real character in the book, watches waves. He sits on a bench and stares out to sea. He picks one out on the horizon and tries to follow it all the way to the shore. It’s harder than it sounds, but if you manage to do it, incredibly exhilarating. The real joy in ‘Peel’ comes from doing the same, when KMRU starts to bring in a new tone. At first it is barely perceptible. You just know something is slightly different. Then with all the precision of a long-distance runner, or a tour riding cyclist, it starts to make its intentions known. Gradually the sound starts to make presence more prominent until it is your sole focus. It is at this point that he starts to introduce another tone. Then the process begins again.

The more you focus and try to listen to ‘Peel’ the less you hear, as you are too wrapped up on sound, rather than the piece as a whole. And this is KMRU’s charm. He creates dense soundscapes that are meditative and sonorous but also feature brutal melodies. The kind of melodies that latch themselves onto you and never let go. The overall vibe of ‘Peel’ is one of tranquillity. Everything might be going a million miles around you, but once you press play you are in a slow-moving bubble. This is the kind of album that we all need. It removes you from the world around you and makes you concentrate on minute details for a short period of time. This album isn’t ambient, or drone, or noise for that matter. But it is sublime and one of the most transfixing releases in recent memory.