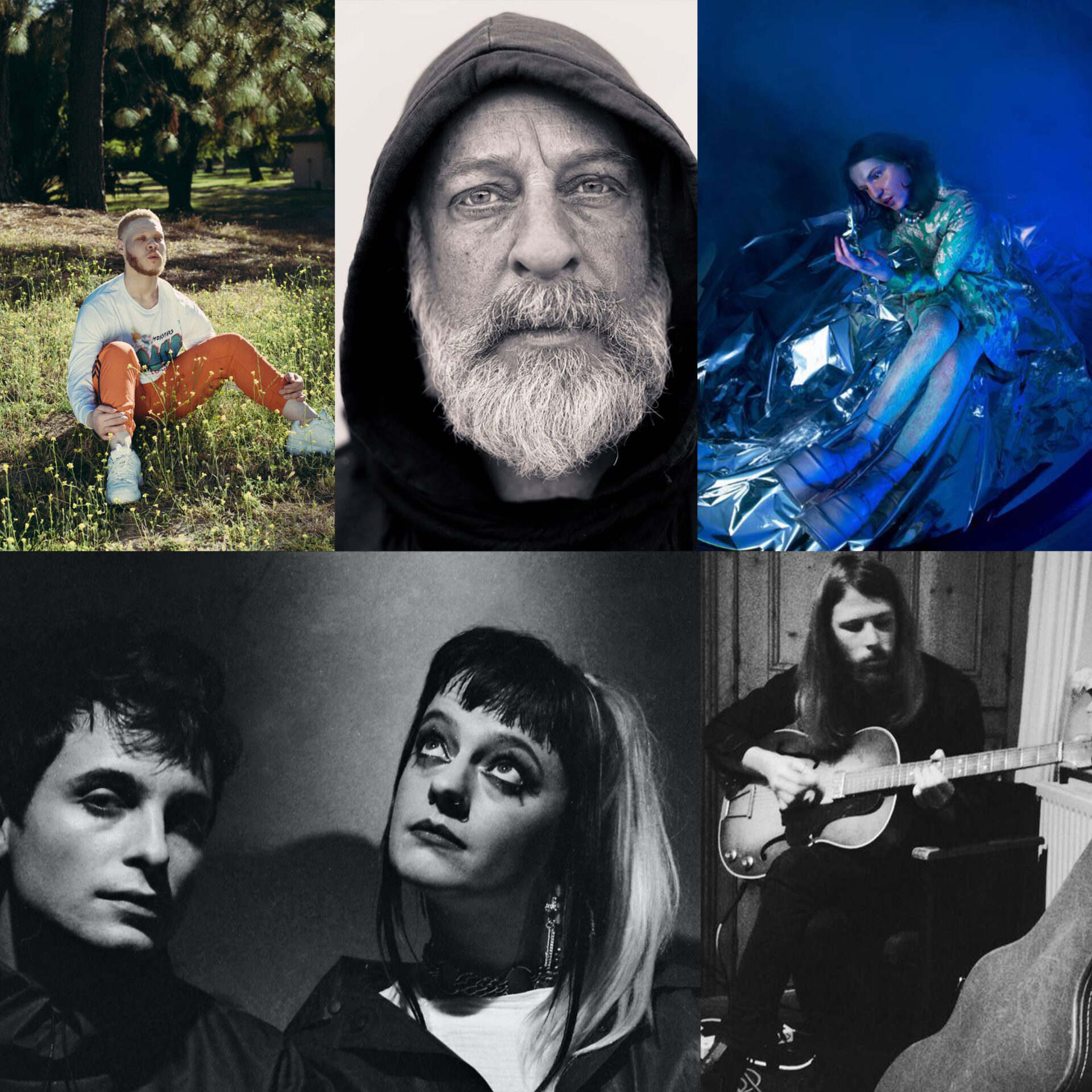 What they say? Jerry Joseph releases his new single, the politically charged, ‘Sugar Smacks’, from his upcoming album, The Beautiful Madness. Produced by Patterson Hood with Drive-By Truckers as his band, the album will be released August 21, 2020 on Décor Records.

Why we love it? Informed, partially at least you might suspect, by Jerry Joseph’s last trip to Northern Iraq/Kurdistan, ‘Sugar Smacks’ sees the American singer, songwriter, and guitarist looking at the modern world through the prism of oppression, hate and violence, be it domestic, national or global. The song can barely contain Joseph’s rage, fear, guilt and indignation and makes for what is this year’s most powerful and rightly uncomfortable of listens. Make no mistake, this is absolute dynamite. (Simon Godley)

What? Shades of Mind

What they say? ‘Shades of Mind’ reflects three years in solitude for Wolf Solent since 2017 Sea Records release EP // 4. The track is taken from a forthcoming collection of songs about loss. A hazy Herman Hesse smoked out Spiritualized cacophony it was written, recorded and performed in his home studio Spiral Attic in Feb 2020.

Why we love it? Danny Trew is Wolf Solent and in between his other musical commitments with Cowgirl, The Illness and more besides he continues to drive this project forward. The journey is one where Trew distils despair and delight into an often blissed-out exposition of life as he knows it. ‘Shades of Mind’ continues that cosmic expedition into future space. (Simon Godley)

What? do myself better

What they say? ’Do Myself Better’ is a pledge to take self-care more seriously. It’s about looking at Imposter Syndrome in the face and confronting daily anxiety in a tongue & cheek manner. I know other people are experiencing feelings of not being the best versions of themselves, so I wanted to give a voice to that and say, ‘Hey, you’re not alone. Same here.”

Why we love it? A positive, motivating anthem about self-care that acknowledges our inner-saboteur but looks beyond it into the future and begins a process of healing. Perfectly crafted with a mixture of classic soul, a vibe of old Hollywood, and alternative R&B. The track subverts your expectations in all the right ways with attention to detail in the production that adds layers to the listening experience.  I say this without a doubt in my mind: this is Davy Boi’s best offering to date and the future is bright for this rising star.  (Lloyd Best)

What? The Floating Hand

What they say? “The Floating Hand” is generally about competition and your options for reacting to it.  I grew up in a few different countries because my dad was a Marine, and each move felt interplanetary: the language changed, what was good and bad changed, even the bugs crawling on the ground changed.  I felt at odds with conservative military culture and run-of-the-mill high school viciousness and fantasized about one day finding a safe haven in punk and underground music.  It turns out that even amongst weirdos you’ll still see people undercut each other, and you might be a maladjusted alien regardless of scenery.  I wrote this song about a musician I thought was particularly nasty, and it ended up being about myself, which is what happens whenever I try to write a dis track.”

Why we love it? Ghostly new wave delivered with dollops of menace by front lady Candace Lazarou and her accomplices. The taught baselines and nagging guitars slither through the divides of post-punk and gothic paranoia, feeding into an unsettling feeling of being out of place. A seriously impressive slab of artful noise, a glimpse of what’s to come from the Body Double’s debut album Milk Fed.  (Bill Cummings)

What they say? Photograph is inspired by looking at a photo of an ex,” the band said. “A photo that records a moment when everything seemed perfect, but now it’s a lie, and it makes you feel strange like you can’t really remember who you were in that photo when you loved that person. Like a life that never happened. We’ve all picked up old photos like that we find in our bedroom, that make you sit down and feel sad for a time that is lost, even if you don’t regret the relationship ending. I’m (Joe) definitely someone who spends a lot of time thinking about my past, and the feelings that I’ll never get back. Georgie’s there in this song to tell me to get over it ffs.

Why we love it? Experimental alternative pop with unusual synths, samples and beats juxtaposed with a soft vocal tinged with sadness that yearns for resolve. 0171 takes us on a journey through heartache and personal exploration to a soundtrack of electronic excellence.  (Lloyd Best)

What they say? ‘What would the ultimate Wuh Oh video game look like?’ This has been the question permeating many of our discussions for months. Turns out it looks less like real video games and more like the games of our dreams. Combining an eclectic mix of our favourite pop culture, film, and anime influences, Softstyle is untethered by stylistic limitations, representing a reality where anything is possible… and where goblins run riot.’

Why we love it? High energy and delightfully motivating. This relentless barrage of synths, beats, and attitude-filled vocals is a marvel for the ears and is an instant mood-lifter if you need it, as many of us do these days. Hands down, the best song Wuh Oh has released thus far and a fantastic showcase of their talents and their dynamic, progressive art.  (Lloyd Best)

What they say? The shipping forecast issued by Tired Runner, on behalf of a fractured heart, at every hour and minute of the day and for the period now until never again on this day and every day here after.

The general synopsis at midnight and beyond midnight, into the smallest hours, is:

Why we love it? Slow motion majestic isolation, as the ship pulls away from the shore. “Don’t save yourself don’t think of anyone else”sings the mysterious singer amidst mournful organs and minimal electronic textures. A moment of wistful departure.  (Bill Cummings)