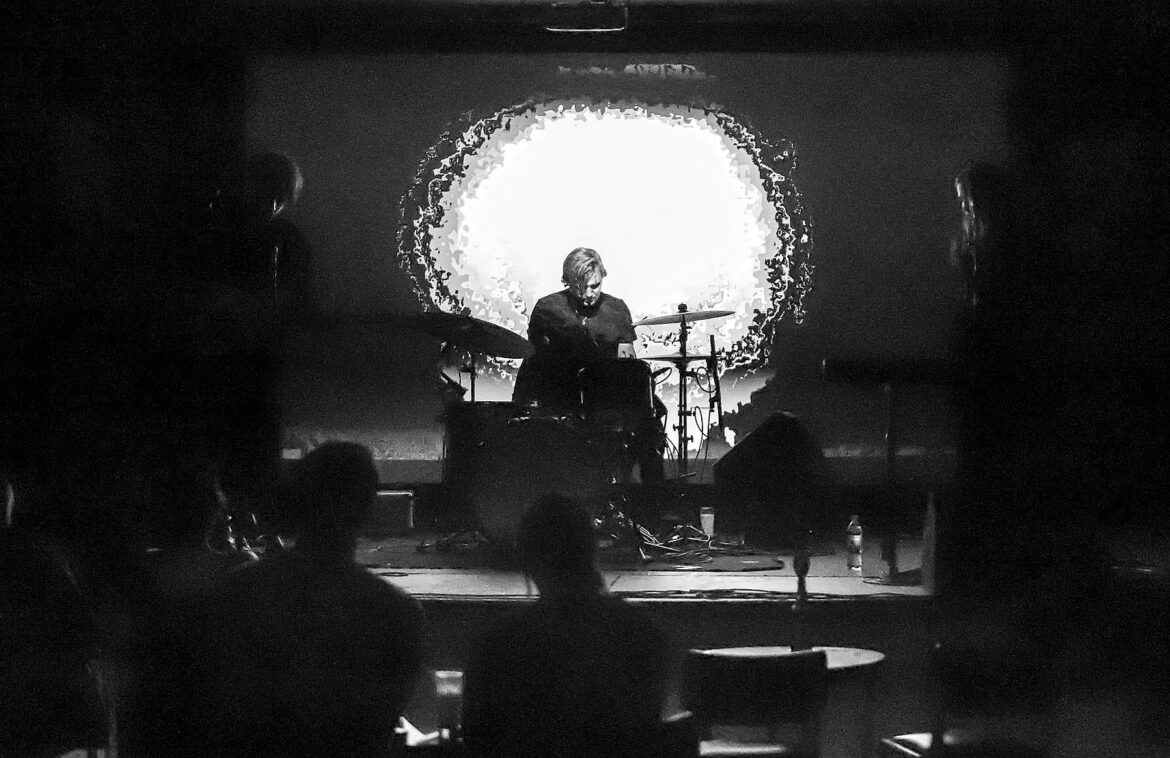 Let us all forget about, well for just one evening at least, face coverings, social distancing, track and trace apps, hand sanitisers and just about everything else that was hitherto entirely alien to live music events and just sit back and enjoy the fact that we are once more back at a gig. It’s a real gig in a real venue I will have you know. And it feels great to be once more back out there. 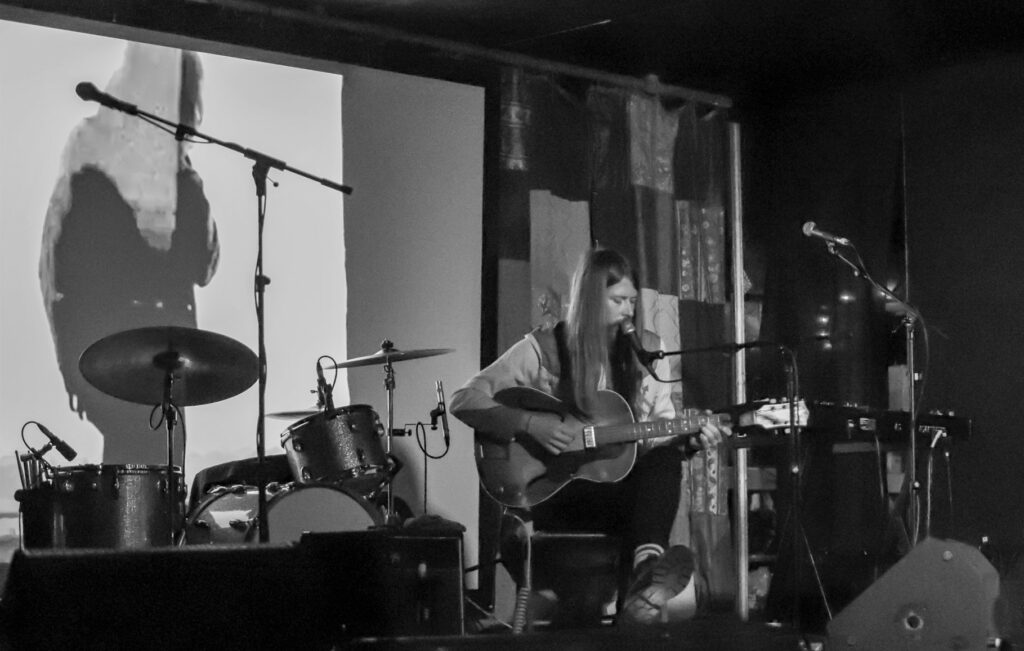 It’s been quite a day for Danny Trew Barton already. It began with his rock’n’roll band Cowgirl unveiling the first single and lead track from their forthcoming debut album and is now ending up by him assuming the mantle of his solo project Wolf Solent and discharging admirable support act duties in The Crescent. In doing so he is also the first person to publicly put the community venue’s brand new projector through its paces. The often double-exposed, blurred monochrome images of Barton displayed on the huge screen behind him as he plays magnify his dreamy lo-fi sound. He creates a series of narcoleptic pop vignettes, traversing a sonic spectrum that begins with Skip Spence and ends up somewhere beyond Anton Newcombe of the Brian Jonestown Massacre.

White Flowers land in York on the back of a couple of shows in their hometown of Preston and a week ahead of the release of their debut album, Day By Day. Out on Tough Love Records and co-produced by Jez Williams of Doves the album is already getting noticed. And the ice men and woman cometh dispensing with any need for introductions. They concentrate instead on delivering a dark, monolithic flow of songs that come immersed in a wash of ghostly synth, sheets of electric guitar, and rolling drums. The trio focus upon tense, often minimal arrangements, the strong punch of their rhythmic beats punctured by the enigmatic emotion of Katie Drew’s spectral voice. It all makes for some pretty powerful stuff. 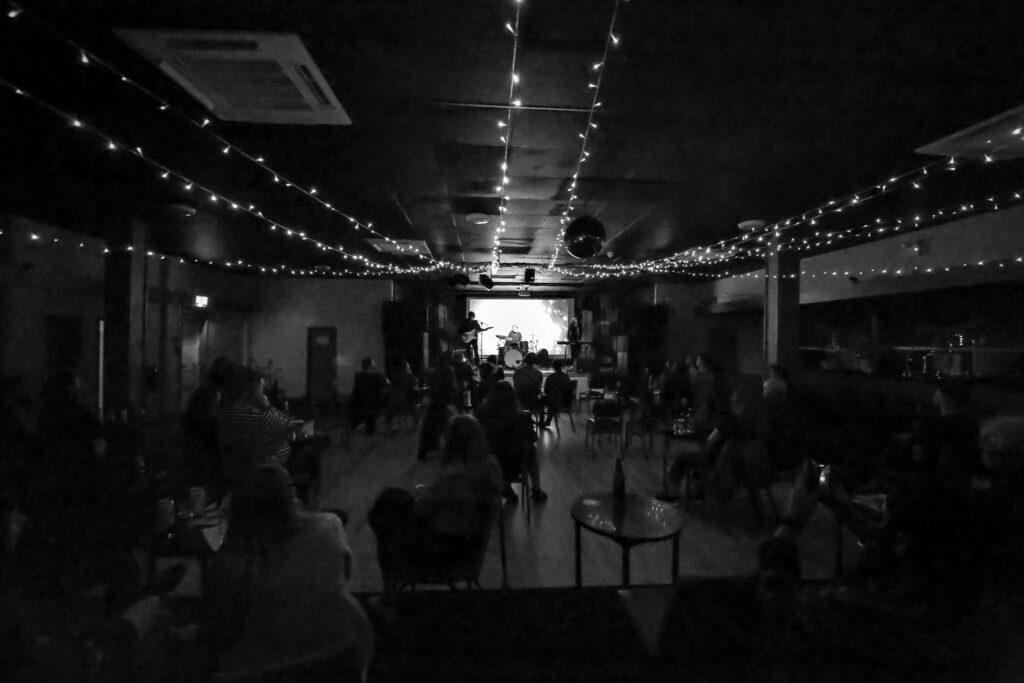