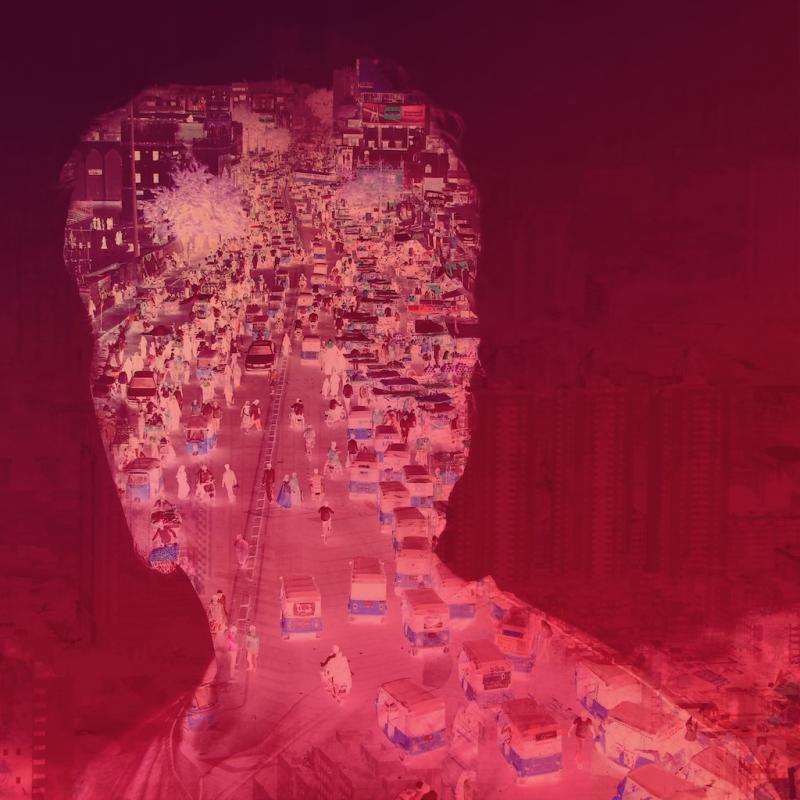 In the last three years of the 2010s modern classical composer Max Richter released nine albums, eight of which were the scores of films and TV programmes.  Voices is the first Richter album since 2017’s Three Worlds: Music From Woolf Works that is independent of any other major production (though even that was accompanied by a ballet).  It feels indulgent to be listening to one of his works which has not been commissioned, or developed for any other purpose than to be enjoyed in its own right.

Like with many of Richter’s albums there is a concept behind Voices.  Throughout the record there are readings from the Universal Declaration of Human Rights.  Anyone who thinks this sounds too pretentious has the option of listening to a “voiceless mix” but I’d encourage you to listen to Voices with the voices – it is a journey.  It is interesting that even on this project, independent of film crews and Hollywood actors, Richter is keen to add reflective, human drama.

The record is split into 10 immaculately sequenced sections which phase in and out of different arrangements.  You move from string orchestral passages, to choral singing, ambient synths, piano and combinations of all of these.  Considering the wildly different textures he plays with, it is commendable that there is never a jarring moment.  ‘Chorale’ for example mixes both synthesised and organic strings in a natural, compelling way.  Further layers of instrumentation subtly overlay each other before being joined by a solemn, inspiring choral solo.  The music swells and sweeps into a magnificent pay off.

If I was to give one criticism, there are a couple of patient passages – especially the penultimate ‘Little Requiems’ which feel flat in comparison to the rest of the LP.  This section in particular could have been cut to the benefit of the surrounding tracks.

Most of Voices is beautiful in a slowly enveloping way, so when final track ‘Mercy’ explodes with an intense shot of high drama, it blows you away.  ‘Mercy’ was originally written 10 years ago and acted as the starting point for this album.  It has an awe inspiring, weeping violin solo which glides over Richter’s gentle, supportive piano.  It wraps the journey up perfectly – if you only have time for one song on this LP, then this is it.

Whilst I’m sure this album would make good background music while you do other things, if you can dedicate some time to give Max Richter a focused listen, you will be rewarded for it.

Voices is out now on Decca.