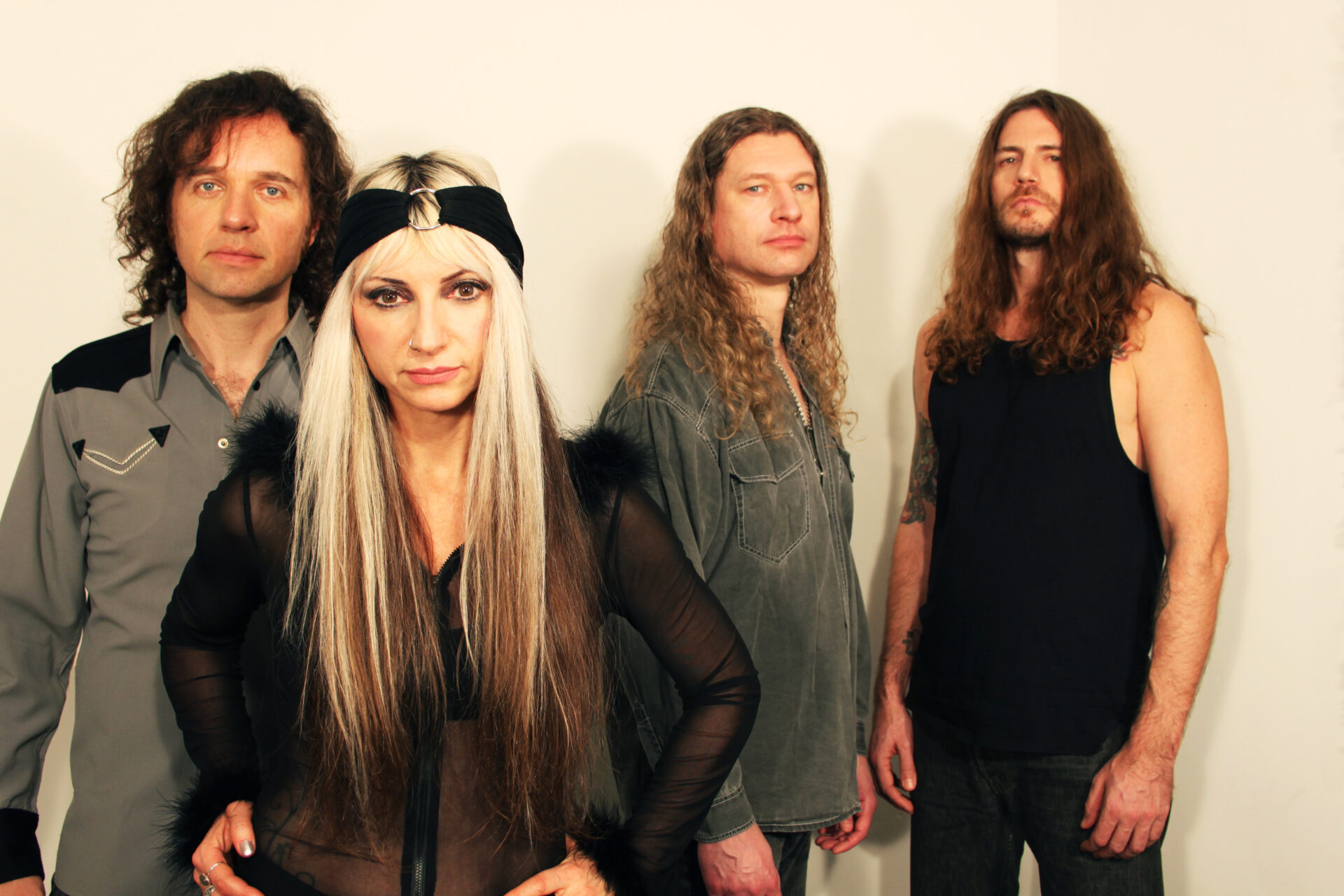 Ever seen a music video where a real ritual is carried out? Grace, Dan, Bjorn and Dave of alt rockers Grace Solero were in conversation with John Clay about that very question, as well as the meaning behind their new single ‘Awake‘ which the video is for.

Hello Grace Solero, and congratulations on your successful video launch.

There appears to be a ritual of some kind taking place in the video. Care to expand on what is occuring?

Grace: Thanks John! Yes in the video we’re taking part in a shamanic ritual. It was a real ceremony and our shaman friend Tara took us somewhere else!

Can you tell us the purpose behind the ritual, and did some band members need more convincing than others?

Bjorn: We all just sort of went along. The whole thing took something like forty minutes. I won’t say I actually believe in such rituals but no harm giving it a go! Not everyday you walk barefoot with closed eyes around a fire…

What was the aim of the ritual? As you suggest Bjorn, the group benefits from a bonding exercise as it were.

Grace: Awake is about spiritual awakening and rebirth. That’s exactly what this shamanic ritual is supposed to facilitate. It takes you into a trance so you can travel to a deeper layer of yourself, possibly you can see bits of your past lives. It ties in perfectly with the message of the song.

Did each member have a reasoning that helped in performing the ritual? Were there reasons that you could perhaps share with our readers/your fans?

Bjorn: I treat a video like acting mostly. Tara did take us through it as she does whenever she does these ceremonies.

Intriguing. Did your character have an inner motivation based upon your own experience?

Bjorn: Just because I treat it like acting doesn’t mean I’m any bloody good at it! There wasn’t that depth to my acting, more like don’t trip, don’t fall into the fire, remember you’re on camera… 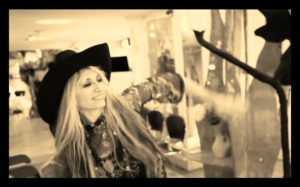 Grace? How about you in regards to the specifics of the need of the ritual?

Grace: I was totally in it… it was my first time going through the ritual.

Dan: We left Tara in charge of the specifics. She knew the song and we trusted her to work her magic.

I see. Were there words or incantations? I hope you don’t mind my line of questioning, as it’s not everyday that a music video involves an actual ritual.

Dan: There were no words, more just various percussion and Tara played Jew’s harp. I was into it so really can’t remember much. In a good way!

Awesome. Keen to know the brief you gave to the director?

Dave: I think things came together quite organically.  Marcus Campbell Sinclair had an idea of what he wanted to achieve, he set up locations and the randomness that occurred during the weekend shoot.  Tara is a mutual friend and so I think the ritual section became part of the trip that Marcus wanted to take us on….

Dave: Yes, in Berriew, near Welshpool.  We shot the live band scenes in the grounds of our lovely hosts for the weekend.  Kerry and Paul took great care of us!

That’s a lot of commitment. Traveling that far with equipment, especially the drums must have been a real mission, right?

Dave: We did it in two cars, the guys drove up with Richard Ellington (another massive helper of the group) and I drove up with the drums. Standard drummer situation I guess but at least I got to listen to my own tunes!

Haha! Yeah, your own space can be important to create and maintain sometimes on a shoot, and yeah, you get to play DJ. I must say, the edit by Amir Khan is really good. How did you meet that cool dude?

Dan: Dave and Amir played in a band together and Dave put Amir forward for the job. Yeah we’re really happy with the way he put it together!

What was the band? Black Sixteen?

I’ve seen your band a few times at The Unicorn. This world is too small. 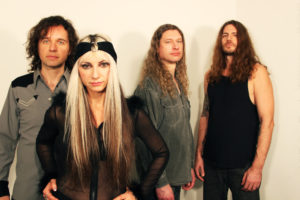 What are your fav parts of the video guys? Dan, anything stick out for you as a shot you’re keen on?

Dan: I like the psychedelic visuals and it’s fun to see the footage from the Andrew Logan fashion show. There’s a lot going on and we’re somewhere in there with wigs, masks and sarongs on. Yeah!

Awesome, and I do appreciate your attitude to dressing up. Life’s too short, right? Where can people purchase the single if they have yet to do so?

Grace: They can download ‘Awake’ from all the major outlets, one of them is Amazon

You can find all the links on our website

Excellent. Thank you so much for your precious time, and I hope fans old and new get a sublime kick out of your spiritual/musical journey x

Grace: Great John… Thanks from all of us X

1 thought on “Grace Solero in Conversation with John Clay”