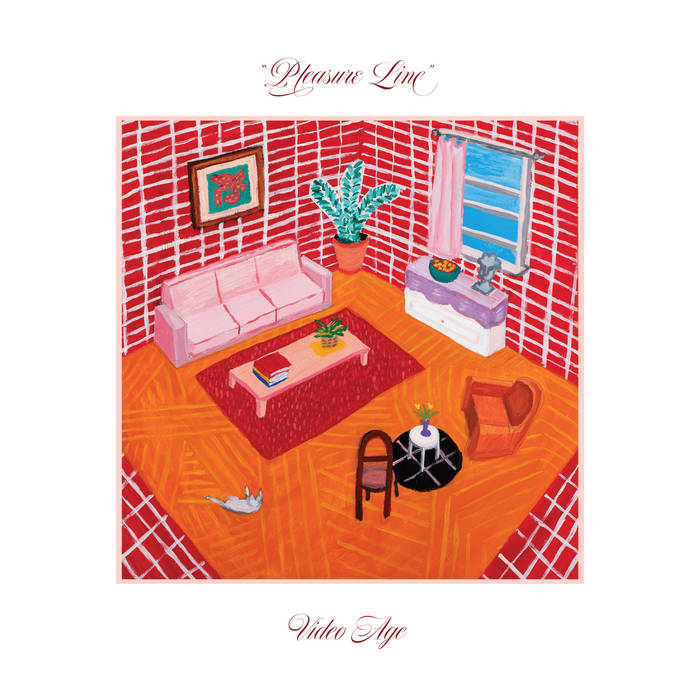 I think I’m falling in love, just don’t tell the missus. Video Age, are a band from hot and sultry New Orleans (although I’ve never visited, so this comes entirely from a preconception) and set to release, if not the best album of all time, certainly one that knocks other contenders out of the park! Being their third album, this 10 track affair doesn’t pretend to stand for a particular political point of view, it doesn’t want to rewrite history, or send you home with a headache that you know you will still be with you in the morning. No, Video Age just wants you to have a good time and feel this way for always. The first time I heard this album, it reminded me of Antipodean boundary pushers Tame Impala, the smooth chords, building a soundscape that just wants to love you, without needing anything in return. But also contains elements similar to the sheer brilliance of Nile Rodgers, with shades of Black Eyed Peas funk along the way. Overselling you say? Well, turn on, tune in, and be prepared for this tsunami.

Opening with the title track ‘Pleasure Line‘, from the swell that then brings in the electronic raindrops of a synthesiser, the vocal, ably accompanied by the bass line starts, then into a glorious rhythm guitar. This layer of components only serve to act as a bed for the vocal, “I had to move, Lord I couldn’t be still, over the moon and I’m running downhill…“, a beautiful picture I’m sure you would agree, but in context of music and lyrics, this increases the impact tenfold. Of their video to the single ‘Blushing‘, directed by Molly & Judson Valdez, they have said “…the concept follows one person through their hazy night out, searching for the feeling of romance.“, I can only contribute by adding that this whole album breathes an air of romance.

An aura of 80s vibrancy, killer colours and a time when style woke from its slumber coats this album’s content and is far better for it. With a guitarist who is surely inspired by the technique of Nile Rodgers making his entrance, I could listen to this for hours. If you’re thinking this sound’s too full-on for a lazy afternoon spent in the summer sun, then fear not as the slightly more subdued ‘Sweet Marie‘ chimes in, where a muted synthesiser makes the main play and the audience has time to rest. Sometimes the production is very similar that of Robbie Nevil‘s 1986 album by the same name, but as the album closes I’m met with the chord structures homogeneous to a Lennon & McCartney number. ‘Meet Me In My Heart‘ could almost be from a lesson of these songwriters’ work, with its glorious tapestry and words that speak to the listener. “…I don’t know you, then you don’t know me and I can’t see your face in the dark , ooh then I hear you whisper to me, come meet me in my heart…“, playing out like that of the Dean of satire, Randy Newman, it’s glorious. Closing the album is the almost childish ‘Good To Be Back‘, a song which could have been ripped from an episode of Sesame Street, then the audience appreciation of a live performance is given and in this context is ultimately deserving. A true work of brilliance.