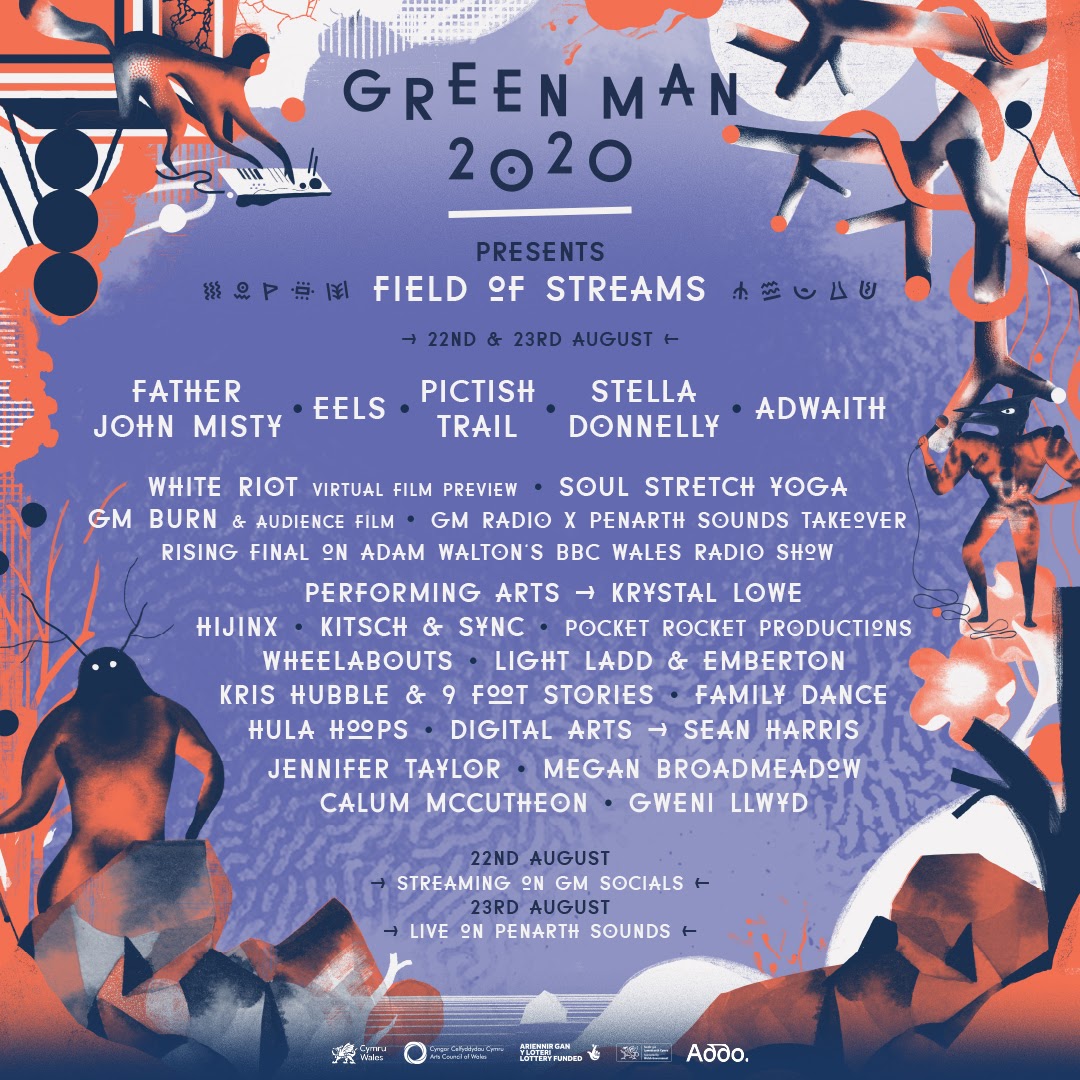 Green Man has announced ‘Field of Streams’, a virtual event taking place on 22 – 23rd August.  Expect never-before-released sets, including Father John Misty, Eels, Pictish Trail, Stella Donelly, and Adwaith, make sure to tune in live as the sets will only be available as they stream!

Alongside this will be a line-up of performing arts, with specially commissioned shows from the finest Welsh performing artists around – Krystal Lowe, Hijinx, Kitsch & Sync, Pocket Rocket Productions, Wheelabouts, Light, Ladd and Emberton, Kris Hubble & 9 Foot Stories.  Plus an exclusive virtual preview screening of White Riot, Rubika Shah’s film following the Rock Against Racism movement of the ‘70s, revealing the power of music in activism and social change.

They will also be announcing the winner of their Green Man Rising competition – 1800 bands applied, 40,000 online votes were cast and leading music industry figures will select the final winner, who’ll bag a slot at the next Green Man Festival and get a £750 development fund.  Hear who wins on Adam Walton’s BBC Radio Wales show from 10 pm on 22nd August.

In addition to this, there will be a whole host of visual and digital arts from artists that have been showcased at Green Man – Sean Harris, Jennifer Taylor, Megan Broadmeadow, Calum McCutheon, and Gweni Llwyd. As well as yoga, family workshops and a virtual burning of the Green Man himself.

Adding to this will be a radio line-up, including a Green Man Radio takeover of Penarth Sounds on 23rd August, exploring highlights, mixes, playlists, and much more from Green Man’s 18-year history.

The online event will be streamed for free on Green Man’s Facebook, Youtube, and Mixcloud pages on 22nd August. Full schedule and timings coming soon.