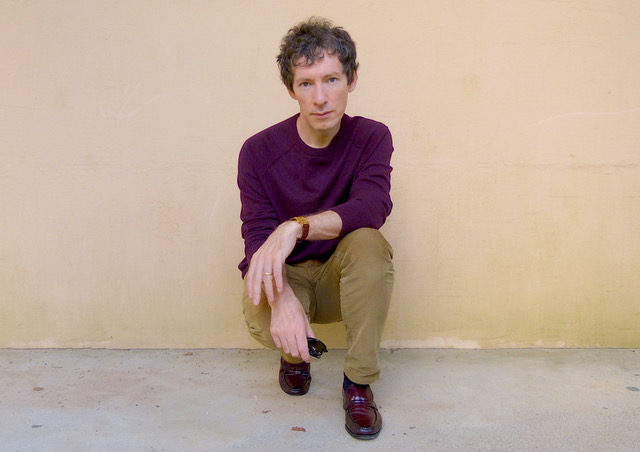 During lockdown, filling the time productively was quite the task, and went hand in hand with returning to basics in hobbies, all pursuits taking place within four walls. For music obsessives there was an instinctive reaction to go back to our roots, rediscovering lost loves and reappraising them with fresh ears.

On the domestic front, former Stands front man Howie Payne had a go at making pitta bread, out of carb necessity really, but the Liverpool born singer songwriter, guitarist and producer was already firmly on a path of musical rediscovery.

‘I’m always doing that anyway because that’s what I do, I don’t watch telly and stuff, when I do watch it tends to be music stuff anyway,’ Payne says, from his home in London. ‘I was ahead of the curve (laughs), listening to stuff that first got me into playing the guitar, I started to listen to it more. And appreciate it differently. I’ve been more exploratory in what I’ve listened to, rather than revert back to when I was a teenager.’

It started for him 18 months or so ago, upon remembering a warm tug of fondness for the electric guitar, how he always identified more with guitar players in bands rather than vocalist. He cites a sense of camaraderie with John Squire more than Ian Brown, Johnny Marr over Morrissey, Jimmy Page instead of Robert Plant.

The fresh acquaintance was kicked off by the death of Danny Kirwan of Fleetwood Mac.

‘Listening to Fleetwood Mac it’s a hop skip and a jump before you’re back with Freddie King and the Chicago guys. Closer to now I started getting into things more guitar heavy,  (Pink) Floyd. When I say exploratory I wasn’t sitting round listening to Can, more like Gerry Rafferty. More FM rock.’

It’s interesting he references Rafferty. The hard drinking Glaswegian legend has been cited by a number of newer artists of late and included on playlists, noticeably so.

That he is, but soft rock has that ‘uncool’ reputation.

‘It’s the prism you see it through. It’s never the musicians make it corny. A seamless path ran from the beat psych scene, one journey, the same people ended up like Gerry Rafferty, Steely Dan, Todd Rundgren who’d all been in psych bands then singer songwriters, then found themselves in FM rock.‘

Howie compares a songwriter or musician who fails to be open to a full palette of sounds ‘like being a painter and not acknowledge all colours or a poet not acknowledging all words’.

It is that approach gives power and depth to his songwriting, and earns praise and respect from music lovers, critics and The Stone Rose, Spiritualized, Jack White, Noel Gallagher and Bill Ryder-Jones.

As he tells me about his very early music making, it comes as a surprise to learn Howie’s original aim was never to be a singer or songwriter himself, it was more a case of drawing the short straw in the first band he was in.

‘Then none of them would write a song so I ended up doing that too,’ he recalls affectionately.

The reason we’re talking today is because Howie has new music to share. He got a rock n roll band together late last year after a prolonged acoustic phase, and played a London show in February. In May he released the ‘In Dreams’ EP showing that renewed rock love.

This week’s release ‘It Feels Like Summer’ is more a reflective comfort of a tune. It’s curious how the song was written before the virus hit and yet seems to sum up everything now. We’re coming out of lockdown but life is still hard for many, with more difficulties to come. It’s been a very challenging time.

‘Seeing round corners! A couple of people have said that to me, but it was written before. It’s strange how that happens sometimes, chimes with times.’ 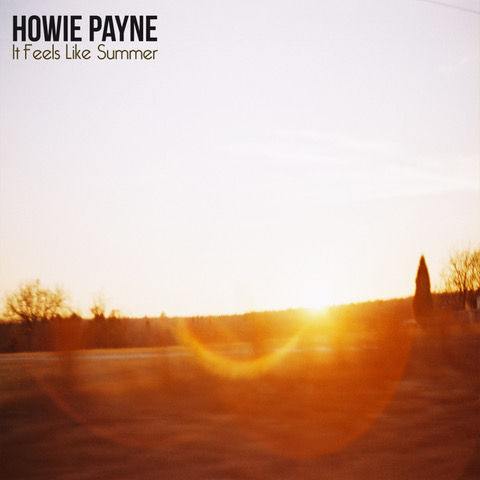 He describes ‘It Feels Like Summer’ as ‘an arm around the shoulder.’

He doesn’t talk about what songs are about much, but this one is a thank you to those who extended the hand of friendship during own challenging times.

‘It came from the feeling of not being able to express that clearly to those people at the time, even though you really want to. Because it might be too difficult to talk about it or too much of a bridge to try to cross. It’s also a song about coming through that to get to the other side seeing the light after a long night.‘

‘It Feels Like Summer’ was in his notebook for a while, he’d done a rough demo himself then in the studio he and the band sped it up into a much more up tempo, heavier rock n roll song.

‘That’s where it was going,’ he admits.

Confinement to home had him revisit the song again. ‘I found the demo, the drums and bass were really good’, so he built on top of it over a couple of weeks putting bits on it.

‘With the neighbors complaining and that sort of thing I went quite mellow with it, mixed it on my headphones when I got it finished, I thought it sounds kinda good (laughs) so I put it out.

Because this one worked there’s another couple I’m doing the same way.  I think we’ll be going back in over the next couple of weeks and start to record some stuff as well.‘

The album was due this year but spring 2021 is the date he’s eyeing up now.  We talk a little about the last gigs we each went to, how the one from late last year and early this one have taken on an almost mythological status in our minds. He recalls his own show in February in London, the first with a electric band for a good while.

‘I can’t believe we were able to just do that,’ he says, and tells me how he misses his music community.

‘There was an odd moment during the start of lockdown, I spoke to a lot of people who make music and we all felt compelled to put music out. It isn’t like I’ve got a mass Taylor Swift following but there’s people who like my music and… it feels like a community.

You want to push some music out to them to say you know what, while you’re bored and everything seems a bit mad, here’s some tunes to listen to, nothing more meaningful than that. To help you find something to do with your day!’