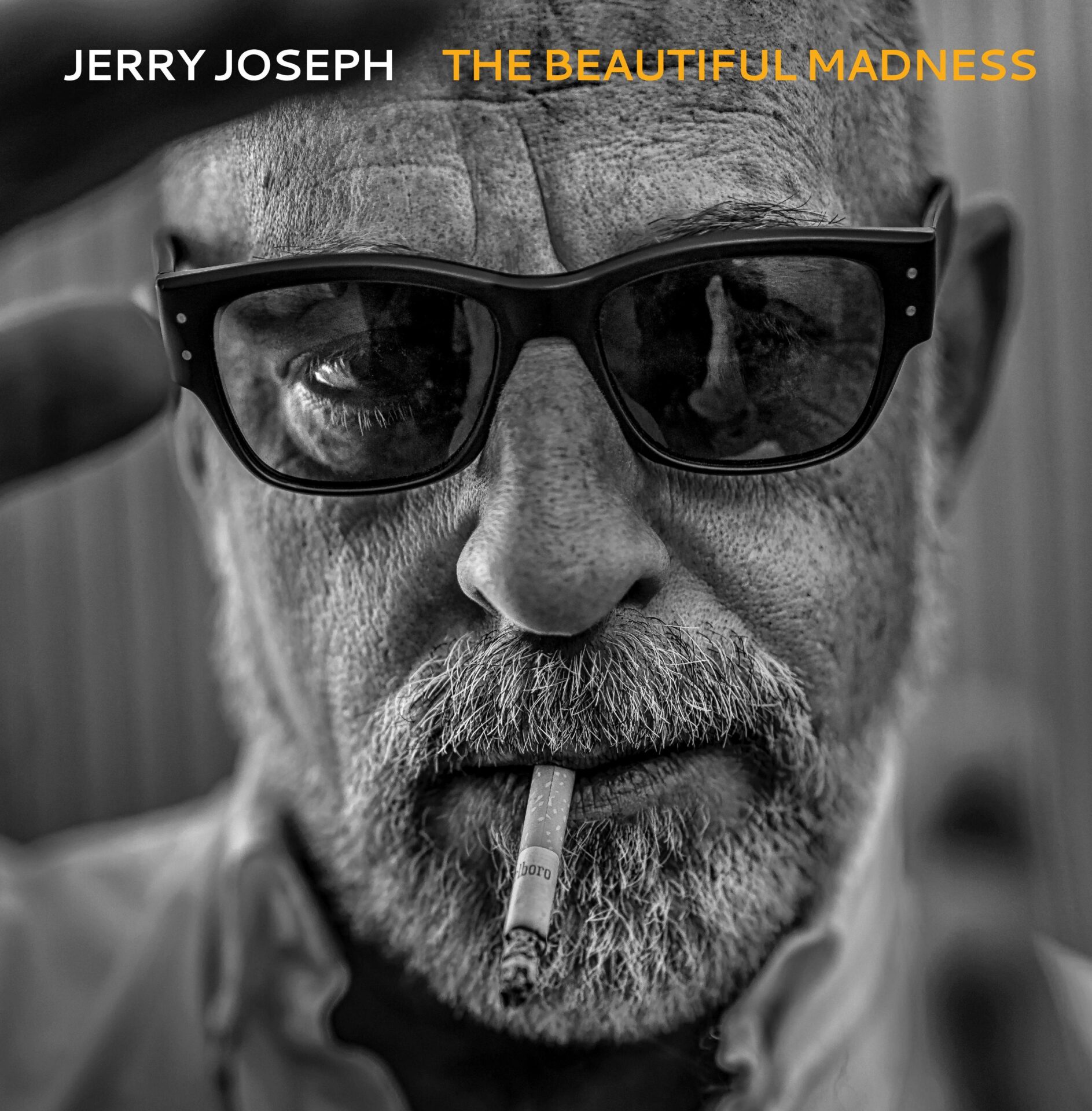 The name of Jerry Joseph may not be immediately familiar to many but The Beautiful Madness – his first ever European release – should change all of that. In short, it is magnificent; a powerful, uncomfortable indictment upon these troubled times in which we now live, delivered to us in ten blistering songs performed by Joseph himself backed up by the Stiff Boys, aka Alabama’s finest, Drive-By Truckers.

Recorded at Drive-By Truckers’ bassist Matt Patton’s studio, Dial Back Sound, in Water Valley, Mississippi and produced by fellow Drive-By Truckers’ band member Patterson Hood, The Beautiful Madness shares many of those central DBT characteristics of stark honesty and furious rage, yet it steadfastly remains Jerry Joseph’s record. The strength of his songwriting, his passionate singing, his guitar work – both National Steel and acoustic  – his deep moral sense and huge personality all burn brightly right throughout the album.

Speaking recently in an interview with Americana Highways magazine, Jerry Joseph described the creative process for The Beautiful Madness: “Those guys in the Truckers, they would sit in front of me (in the studio in Mississippi) almost like it was a classroom, and they’d say “tell us the story.” So I’d tell the story of the song, and whatever it was then we’d listen to the demo, and then go in and track.”

And the sheer power of these stories coupled to the musicians’ shared values and undoubted sense of unity are there for all to hear. ‘Sugar Smacks’ – featured here as one of our Tracks of the Week a few weeks back – remains a coruscating, difficult listen highlighting as it does not only Jerry Joseph’s own shortcomings but also those of the world at large. Hearing ‘Dead Confederate’ is a similarly disconcerting experience. Commenting upon slavery and the racist heritage left by the Confederacy it parallels power and pain. The song also continues the Drive-By Truckers association as it features their former alumnus Jason Isbell recording with the band for the first time in years.

And what is possibly the album’s stand-out track (although ‘ Good’ and ‘Bone Towers’ both run it a mighty close second; hell, all of the songs do), ‘Black Star Line’ has Jerry Joseph reflecting upon the death of David Bowie and all that The Thin White Duke had meant to him as an artist. The deep poignancy of the song’s meaning is matched by an incredible searing guitar solo from Joseph and an exceptional vocal delivery where he sounds uncannily like an American Graham Parker.

It may only be August but The Beautiful Madness is already a very strong candidate for Album of the Year.

The Beautiful Madness was released on 21st August through Decor Records.