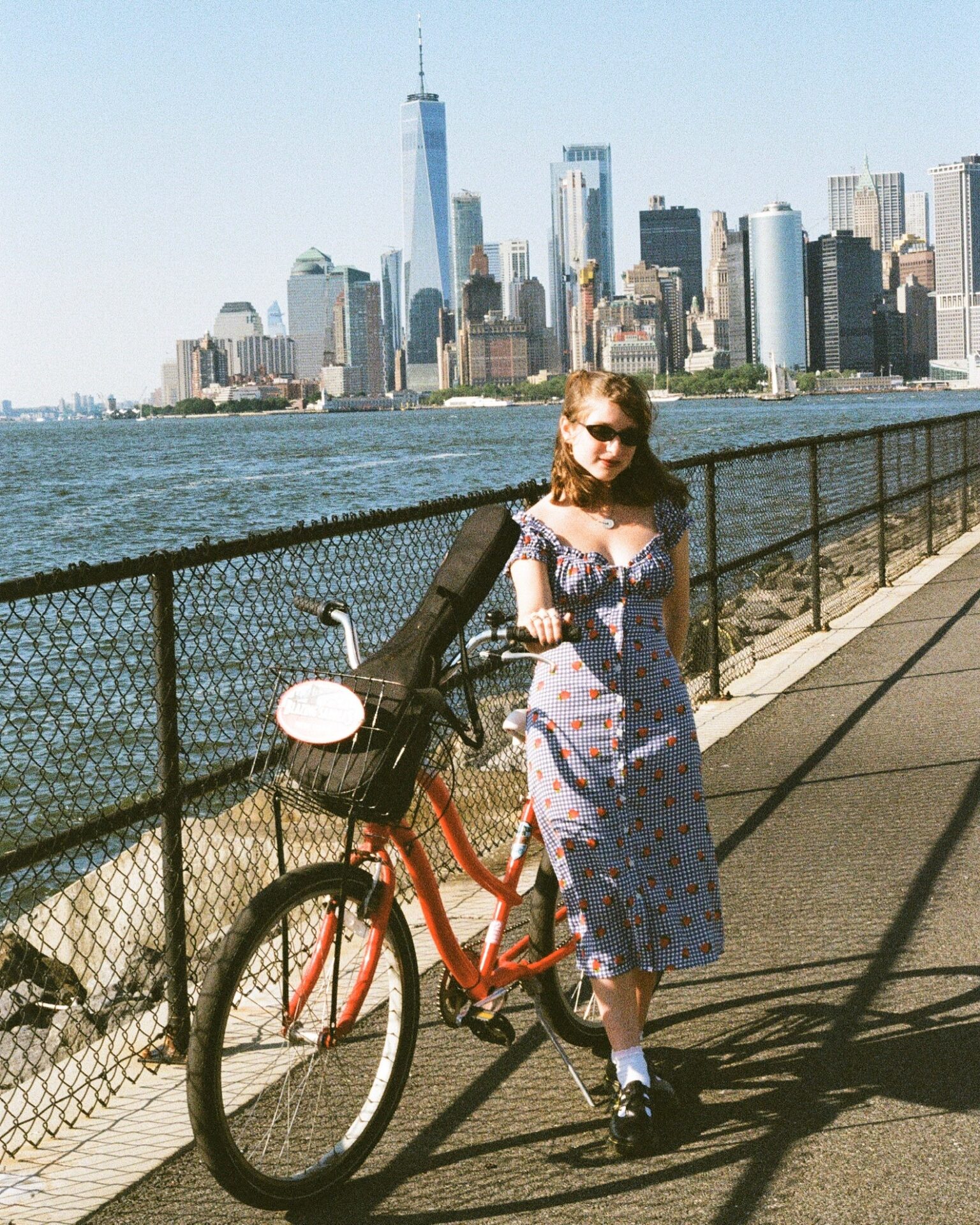 Laying her cards on the table is the essence of New York-based singer-songwriter Sarah Gargano. Still in her early 20s; she has honed her performing skills mainly on the Greenwich Village coffeehouse circuit for more than half a decade now. She is adamant that her latest EP My Travel Diary will continue to provide inspiration and escapism, despite the constraints of the global pandemic. It was inspired by her ‘everygirl’ European travels – which included a sojourn in London last winter.

Proficient on guitar, piano and ukulele; she released her first EP Paper Girl in 2018: a subtle lambast against college hook up culture. Since then, with help from her close friends, she has produced YouTube videos for her songs ‘Deadline’ and ‘Second Chance’. As well as being extremely interested in creative writing, fashion, and photography; she is an ardent campaigner for fairness, equality, and anti-bullying. She recently took time out of mind from her tightly-packed agenda to speak to me about her career to date.

I’m doing as well as can be with everything that’s going on with COVID. Thanks for asking!

Tell me about your EP My Travel Diary and the concepts behind the songs.

Each song on the EP is based on a different city I traveled to in the past couple of years.

‘Dear Juliet’, which I released as a single, is about the magical month I spent living in Verona, Italy responding to love letters as one of ‘Juliet’s Secretaries’ just like in the rom com ‘Letters to Juliet’.

‘Murdered Angels’ is darker, written about my grandmother’s experience fleeing the Holocaust from Vienna, Austria. I visited the city for a weekend a couple of years ago, and got to see where she lived and went to school – very eerie.

I wrote ‘London’ before moving there. It’s a good way to wrap up the EP because it’s sort of about escapism through travel, but also hopefulness through travel. The song sort of served as a self-fulfilling prophecy because I ended up loving my life in London just as much as I predicted I would in the song!

I went to Nashville to record them with a wonderful producer named Pete Stewart. We spent two days recording. I actually had a cold the whole time, so it was a bit more strenuous to sing than usual, but the show must go on! I came in with many ideas about production. I knew I wanted to add clips from my grandma’s Shoah Video testimonial to ‘Murdered Angels’, and that I wanted some Big Ben ringing and London airport announcements in the background. I thought of the idea to read a stanza from Romeo and Juliet at the last minute. I’m a big fan of talking in the background of the songs. Pete was in tune with my vision for each song, so that was helpful. He had prepared instrumentals before I got to his studio.

What are your plans for the future after promoting this EP?

Oh man, that’s hard. Everything is so complicated because of COVID. I’ve been writing a lot, so hopefully, when things clear up more I can record more and play out more.

The first song I ever wrote was called ‘Wonderful Way.’

I wrote it when I was 15. It’s very cute and wholesome. It’s about the feeling of flirting – clearly pre any real relationship drama. The chorus goes: “Now I can’t stop blushing/and our knees are slightly touching/ and the way you say my name/ makes my hands begin to shake/ in the most wonderful way.” Again, wholesome!

When I was in high school, I went to open mics at coffee shops with my mom every week. There was a tight-knit community of people who often showed up at these open mics all around the city, and you got to know each other a little. I started doing shows at the renowned The Bitter End every year before branching out to other venues. I can’t speak for it as much now because I’ve not spent as much time in New York in the past four years because of college/Uni, but I know a lot of my favourite spots have closed (and I assume more will be closing due to COVID). I love the vibrancy of the music scene in London; how easy it is to meet musicians, and that at many open mics there’s a whole band ready to improvise behind whatever you perform.

I’ve been doing live streams and have been part of live stream music festivals, but it’s obviously not the same. I miss playing live shows and going to concerts of my favourite artists so much!

I want to say Taylor Swift or Conor Oberst as they’re my two favourite artists, but I’m kind of scared to get that close to my idols. I think it’d be cool to work with someone like Max Martin and see him completely and perfectly pop-ify my music. Or someone whose music is drastically different from mine.

I opened for Jeffrey Lewis in Huddersfield. I really like his music and there was a big crowd of dedicated fans.

I lucked out and five of my favourite artists released new albums during quarantine, so the new Taylor Swift, Phoebe Bridgers, Bright Eyes, the Front Bottoms, and Diet Cig.

Thanks for your time.

Thank you!! I appreciate you taking the time to talk to me about my music.