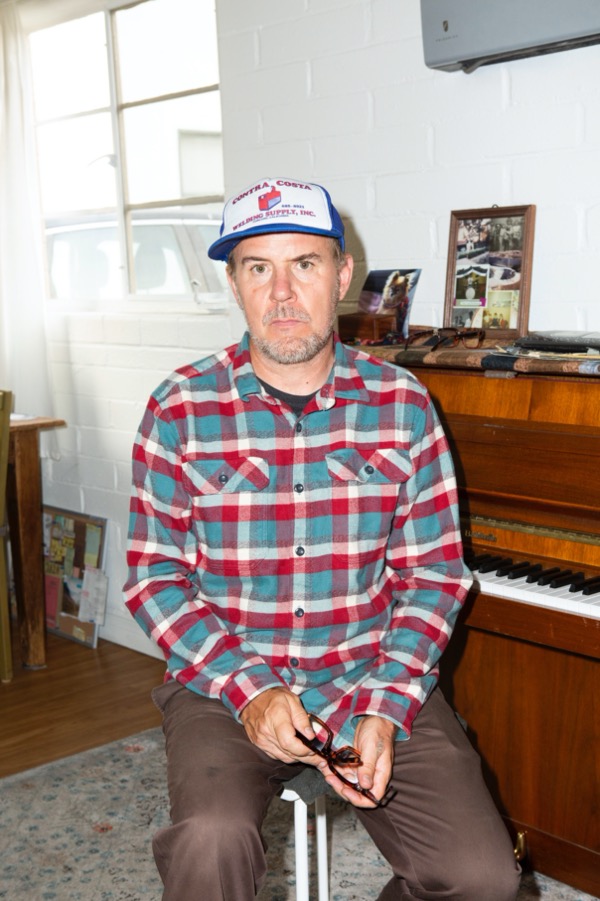 Grandaddy have announce their 20th-anniversary celebration of their classic second LP, 2000’s The Sophtware Slump. But there’s a twist: Jason Lytle performed the whole album, alone, on a wooden piano.

“With a meticulous yet scruffy sound that continues to draw comparisons to a post-millennial OK Computer. The Sophtware Slump, now heard as a solo piano album, is a chance to let the songwriting shine. This is not a record made up of demos or rough sketches; it is a shadow sibling to a record that inspired a generation in the earliest days of the 21st century.”

“Jason Lytle made The Sophtware Slump while red-eyed and running around a sweltering slipshod home studio in his boxers using some gear he planned to return to Best Buy as soon as he was done. Two decades after making a DIY masterpiece, Lytle found himself recording those songs again as their own entity, sweating in his apartment (again) and trying to create a controlled environment while surrounded by chaos. He laughs at the challenge of reinventing the album. “Because of the pandemic,” says Lytle, “all of the sudden, I was looking at a real deadline to make the damn thing. Here we go, just like the old days.”

Grandaddy guitarist Jim Fairchild, who has played these songs thousands of times, wanted to know what the songs sounded like in this earliest form. He wanted to hear what he calls “the totality of that original vision.” “With the scope of what Grandaddy has done and what Jason has done in his career,” says Fairchild, “I thought there was room to pay greater attention to my favorite view of him, which is as a songwriter.” This newly recorded The Sophtware Slump does just that.

The songs’ skeletons are the same, but the bones dance differently. Slower songs like “Underneath the Weeping Willow” make a natural transition to this sparer presentation. Greater revelations occur with the once louder songs like “The Crystal Lake” and “Chartsengrafs.” The effect at times is that of unfolding an origami dinosaur and refashioning it into a swan. The album’s sharp melodic sense isn’t dampened at all, but the words step forward, which only enhances the aspirational lift at the album’s end, about aiming toward the sky. Lytle only allowed his air conditioner to hum over one song. Fittingly, it’s “Broken Household Appliance National Forest.”

THE SOPHTWARE SLUMP ….. ON A WOODEN PIANO TRACKLIST

Underneath the Weeping Willow (Piano Version)

Miner At The Dial-a-View (Piano Version)

So You’ll Aim Toward the Sky (Piano Version)

The 4xLP version includes a re-mastered version of the original record, the new …on a wooden piano, and 2 LPs of rarities including the Signal to Snow Ratio and Through a Frosty Plate Glass EPs all for the first time on vinyl.