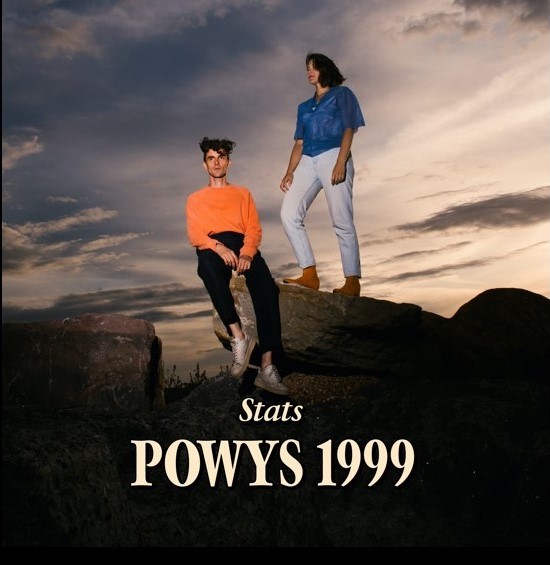 Stats is the brainchild of singer, guitarist and frontman Ed Seed. The London-based band will release their new album Powys 1999 on November 13th via Memphis Industries. On this record, Seed is joined by Nicole Robson (singing/keyboards), Stu Barter (singing/bass), John Barrett (drums), Duncan Brown (guitar), Iso Waller-Bridge (singing/keyboards) and Ant Whiting (studio keyboards). And today to herald Powys 1999’s arrival in a couple of months’ time Stats have shared Naturalise Me, the first track to be taken from the new album.

Speaking about Naturalise Me, Ed Seed says “Growing up (in Powys, the largest county in Wales) I felt like I didn’t fit in or belong where I was born and raised. I’m sure a lot of people feel this way. When it comes to the countryside we often talk about the natural – and by implication the unnatural – as if we are talking about the real, and by implication the fake. I felt somehow fake in Powys as a born incomer, at the landscape I started to realise the construction and extraction behind it, and the myth of its naturalness”.

And on Naturalise Me Seed distils these thoughts and feelings into a sparkling synthetic sound that reflects his time spent travelling the world as a musician with La Roux and Dua Lipa. And the changing cloud formations in the song’s accompanying lyric video capture the dichotomy of his conflicted emotions of purity and contamination.