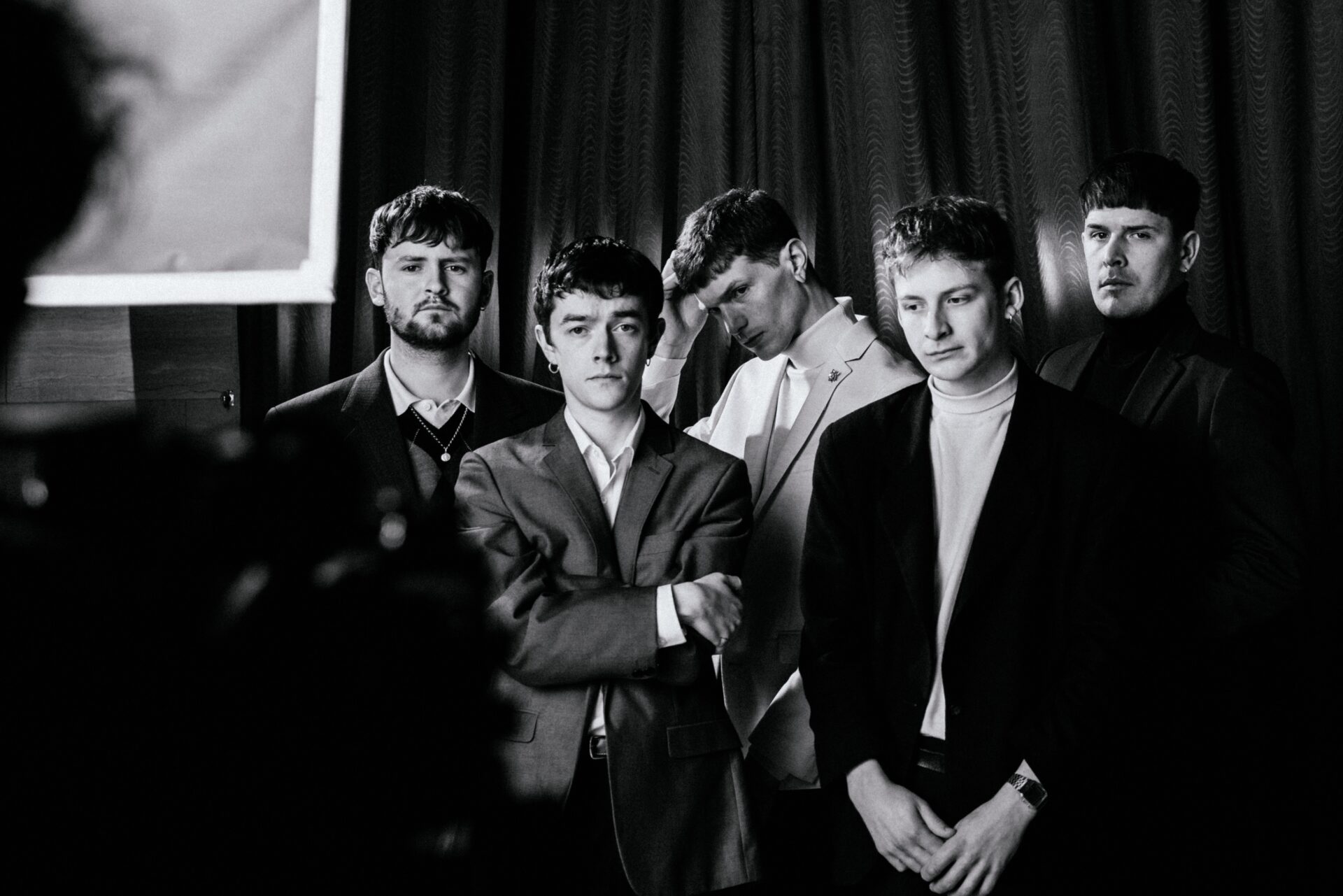 Private World craft meticulous sounds gradually bloom with reverb laden jazzy textures, sumptuous synth motifs, flickering riffs and are underpinned structured percussion and funky baselines: these are gradually enveloping sophisticated suites of sound. Each polished song reverberates with affecting vocals that possess an addictive restrained quality, yet are still invested with a depth as timeless themes like dreams, memory and loss reveal themselves whithin in their atmosphere.

Expertly rustling with the ghosts of a mid ’80s period where bands like Roxy Music, China Crisis, Talk Talk, Sade and artists like Peter Gabriel produced sumptuous albums of peerless pop sounds residing with a emotional brevity. Their debut album Aleph released last week finds Cardiffians Harry Jowett and Tom Sanders weaving in and out of a space they call the “pop psyche,” where songs become scenes in a collective exploration of sentimentality and melody. Aleph is often defined as the “oneness of God”. We caught up with Private World’s Tom Sanders to peer behind the curtain of their mysterious and beguiling world and to get to know them a little better.

We met about ten years ago on the first day of our sixth form college and we just sort of hit it off because Harry was a drummer and I was a guitar player. Within a year we started playing together and went from there.

As Private World it was a song called House Aflame, which we self-released in 2018. The drums and bass were tracked at a local studio, on an old Otari reel-to-reel, and the rest was recorded at home.

How do your songs start life generally?

In many different ways. I think that’s the point sometimes. The song starts life as soon as I’ve been struck by an idea that surprises me or is some sort of personal discovery. I spend a lot of time rubbing sticks together to get a spark.

Tell us about your new album ALEPH? It’s fantastic!

Thank you. Aleph is the culmination of roughly five years’ work. It was written in various places. The music has been refined over that time. We’ve had some of these songs for nine months and some for five years.

The album was produced by Private World with Thom Rees. All of the intricacies were prepared at home over a four month period before going into the studio with Thom for ten days. A lot of midi for synth was prepared at home and then live playing was recorded in the studio.

I can hear echoes of Roxy Music, Talk Talk and China Crisis in your work but it never becomes a tribute. How do you balance your influences with trying to express a moment or emotion in quite a personal way?

We focus on the actual musical devices and techniques. It’s an observation of mine that a lot of Bryan Ferry’s successful late/post-Roxy Music hits are centered around reggae beats. He’s not a reggae artist, he’s a soft rock, sophisti-pop guy, but all of his real timeless movers have a reggae beat. It’s about paying attention to the music, the compositional techniques. That informs our music.

Sophisti-pop appears to be gaining popularity again, what is it about that sound/era that attracts new generations to discover it do you think?

First of all, I feel it’s possibly nostalgic – our current generation of 25-35 year olds will recognise a lot of tropes, based on the fact that this subgenre was born around the same time. People who were teens/adults at that time, could probably take or leave the later Bryan Ferry stuff, or Joni Mitchell’s 80’s records, but a lot of people might have grown up with that sound as their first introduction to music. Also, when I think of “sophisti-pop” I think of bands like Sade, who are essentially all jazz players, and jazz in my view is kind of the pinnacle of timeless musicality and discovery, maybe it’s got something to do with the proficient/theoretical/liberal nature of jazz sounds.

The saxophone solo is an underrated weapon in pop you appear to be bringing it back!?

It just felt right. Rhys Underdown was kind enough to lay down a few tracks, but we don’t have a saxophone player.

Hypnogogia is about dreams, the Hypnagogic state. The grey area between wakefulness and sleep where images appear before the sleeper. It’s about those subconscious things which emerge when you begin to sleep, the lack of control and surrender. We submit to our subconscious selves in dreams and there they dance.

From what I can gather I feel like memory and emotion are the two thematic touchstones throughout the record? There is a meditative depth that resides in your songs that I don’t encounter with much contemporary pop.

Yes, that’s true. ‘Aleph’ intended to explore what we referred to in our press release as the “pop-psyche” – It’s the inner workings, behind the face, the subconscious mind of pop music.

For me (Tom), personally, it would be Jon Hassell. He’s collaborated with all sorts, from artists like LaMonte Young to pop guys like Lloyd Cole, Peter Gabriel. And of course Eno. His music gives me a lot.

That’s kind of a tough question. We’ve been fortunate to play with a lot of great bands, including a lot of our labelmates on Dais Records.

Are you doing any home sessions or live recorded sessions to make up for the fact that shows are cancelled due to the pandemic?

Yes, we are currently planning one for BBC Radio Wales. We’re preparing to tour for 2021 as well.