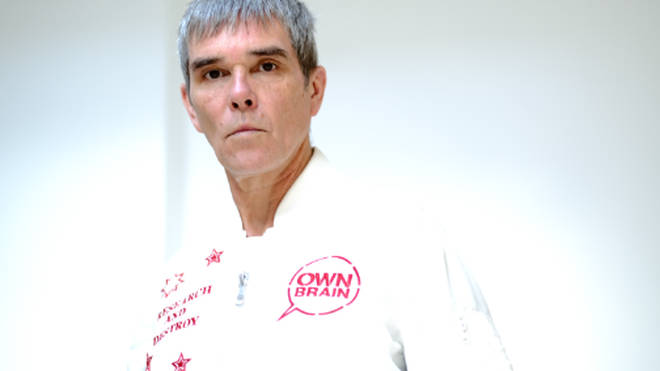 In the early to mid 1990’s, when my social life existed in an odd twilight world where I could get into some dingy rock clubs with ease, but struggled to get into most pubs, I would frequently find myself at ‘parties’ hosted in one of the many bedsits around Wallasey and Birkenhead.

Unfailingly grim affairs, there were many common threads. As well as some of the same faces appearing at them, and the usual hideously unclean kitchens and bathrooms, one particular common feature always stood out to me. Always, unfailingly, and without exception, there would be at least one slightly older bloke sat in a corner, skinning up – and never sharing his wares – and regaling anyone unfortunate enough to be sat within droning distance of him with any number of ludicrous conspiracy theories.

The M.O. of these men (and it was always men) was so exact that it might as well have been a single person; they were always a good few years older than the average attendee, they wore a woolly hat indoors, had a few days of untidy stubble, and a way of shoehorning a preamble into whichever conspiracy theory they wanted to talk about that night into conversation. Frequently, it wouldn’t even be their conversation.

Because, although presumably someone present must have invited them, most people knew, either through experience or instinct, to give these men as wide a berth as was possible in whichever cramped flat we were in. But it made no difference; they’d find some way to drop in uninvited, maybe by making a beeline for the person who looked least likely to tell them to do one, which usually seemed to be me. No matter how tenuous, they’d find a way to insert themselves into your conversation.

“Oh, so you think Keith Moon was a good drummer, eh? Well, you know they never actually
landed on the moon, don’t you?”

And that would be it, you’d spend the next hour politely feigning interest, desperately trying to make eye contact with someone who would come and extricate you from your predicament.

These people were everywhere. I never saw the same one at any two different parties, and yet they had all might as well have been the same person. Not only did I always end up having my ear chewed by these people at parties, but frequently ended up being collared by them in clubs, their inescapability necessitating a collective name. I called them ‘Ian Browns’.

Now, nearly thirty years later, Ian Brown has, in a few recent tweets, confirmed what even the most ardent of Stone Roses fans among us always knew; his position as the Unofficial Godfather of the Mystical Pothead Conspiracy Theory Movement. And it is a movement. For years, people with fringe views like these were largely as harmless as they were boring, even objects of ridicule. Social media, however, has given them a platform. Instead of boring a grungey teen at a crap party, they now have a potential audience of millions, lots of whom actually want to listen to what they’ve got to say.

This has mobilised them to the point where there are now literally thousands of them gathering together on the streets of London and other cities. Footage of some of these marches reveals the aims of these gatherings at the height of a pandemic to be as confused as they are dangerous.

Along with those protesting what they judge to be governmental overreach, there have been people calling the virus a hoax, people claiming 5G is causing the virus, as well as being some sort of cancer causing laser weapon. Unsurprisingly, there has even been a crossover with the far right, with a British Union of Fascists flag displayed at a recent David Icke rally in London, along with the inevitable QAnon placards.

‘Question everything’ is something you’ll frequently see on the social media accounts and groups where these theories are espoused and, on the face of it, it doesn’t sound like too bad a philosophy, but for these people, the only thing they seem to question is any sort of evidence or testimony from actual experts.

For a group of people so determined to scrutinise everything, they’ll believe wholesale the first flat earth/anti-vaxx/anti-5G video they see on YouTube, no matter how easily disproven the assertions therein may be, and nothing you, or anyone else can say or do will ever change their mind. Question everything, except an eight minute video recorded on a webcam in the spare bedroom of an unemployed thirty-something divorcee in North Shields, it would seem.

Once these ideas have taken route, believers cannot be reasoned with, because their arguments and beliefs are not based in any kind of reason. They will use confirmation bias to strengthen their beliefs, and cling to them with an intensity far beyond that of religious zealotry.

The intersection of conspiracy theorising with the peak of social media reach, at a time when many people’s mental health is at an all time low in the wake of the UK lockdown is a perfect shit storm, which has created what I can only describe as a form of radicalisation, one in which anti-maskers will willingly put other people’s lives genuinely at risk rather than suffer the ‘tyranny’ of the mild and temporary inconvenience of wearing a piece of fabric across their face while they pop into their local Cost Cutter for a loaf of bread.

It hasn’t helped the situation, of course, that our government has handled the pandemic so appallingly, and is gleefully lying to us about everything from Covid-19 to Brexit. How can you tell someone who is paranoid and sceptical about the true nature of the pandemic to trust this government with their lives, when you yourself don’t trust them with anything?

You can’t even tell them to listen to the science, because they now regard scientists as the enemy too. Scientists created the pandemic in a lab. They’re deliberately causing outbreaks of polio in Africa. They’re working with Bill Gates to create a mind control drug which your government will administer to you in the form of mandatory vaccines. They’re probably growing children in a secret lab underneath a pizzeria so they can be abused and eaten by the Democrats.

Or something. Think of the most outlandish, ludicrous theory, and there will be a Facebook group already dedicated to it.

We’re so far post truth, that if you can conceive of it, it can be regarded as fact by an alarming number of people.

The scary thing about those taking to the streets is, these are basically normal people. People you work with, see in the pub (when pubs were still a thing), play football with. A few blatant swivel-eyed loons aside, they look like you and me.

If I may perform a bit of amateur psychology, I can only imagine the people being sucked in by
these theories are vulnerable in some way. I maintain this is a form or radicalisation, and we all know how radicalisation works, the type of people it targets.

People who are lacking some sort of identity or sense of purpose. Believing this nonsense gives them something that was otherwise absent from their lives; a sense of belonging they were lacking. It’s easy to mock them, and I frequently do, but this phenomenon has itself now reached pandemic proportions.

I see these people on the streets burning their masks and waving their 5G placards, and I feel anger at them for being so gullible, or for being so reckless, but the anger is tinged with sadness that so many people are so damaged that they’ve been sucked in like this. None of this is new in itself, but these levels of it are, and I don’t know where we go from here.

One thing is for certain though; the situation isn’t going to get any better while people like Ian Brown are banging this particular drum.

1 thought on “OPINION: Ian Brown and the new age of the conspiracy theorist”