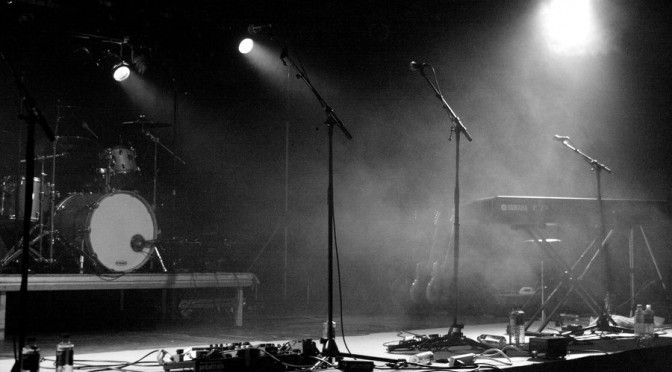 As COVID-19 lockdown measures go back into effect across the UK amidst a second spike in cases, the Musicians’ Union has worryingly revealed that a third of the music-makers it recently surveyed said they are now considering abandoning their music careers entirely as a result of the financial hardship caused by the pandemic.

That financial hardship is due to increase in the next month, as general schemes from the UK government that provided financial support to employees and the self-employed during the initial COVID lockdown come to an end.

A third of the musicians surveyed by the MU didn’t actually qualify for that support in the first place, often because they are self-employed but didn’t fit the specific definition of self-employed used by the COVID support scheme. Of those that did qualify, 87% said that the end of the support schemes will result in increased financial hardship in the months ahead.

Although some musicians have seen some of their work return as lockdown rules were relaxed over the summer – which allowed some studio and teaching work to resume – 70% of those surveyed said that at least three quarters of their usual work is currently on hold.

The reintroduction of lockdown rules is likely to make the situation worse with nearly half of those surveyed by the MU have had to seek work outside the music industry to make ends meet and a third are considering quitting the music industry completely.

MU General Secretary Horace Trubridge commented:“These figures are devastating and show how many musicians are struggling financially and are at real risk of leaving music for good. In better times, our members drive a £5 billion music industry with their talent. One artist’s gig will create a domino effect of jobs – from lighting technicians to ticket sellers. If one musician is out of work, you can be sure many others will be affected too”.

Alongside the survey, the MU has again called for a new music industry specific financial support scheme to be introduced for those people still unable to return to work because of COVID measures. 88% of respondents to the survey believe the government hasn’t done enough to support them. Trubridge said, the government could also provide financial support for those businesses trying to get live events going again while adhering to social distancing rules.

“We appreciate all the government has done to support our members through the furlough and self-employment income support schemes so far, but they must not abandon musicians now. With social distancing measures still in place, venues can only sell at around 30% of usual capacity. We are calling on the government to implement a seat-matching scheme, which would take venues’ potential revenue to 60%, providing a lifeline to musicians and the wider industry”.

“Getting musicians back to work is the priority”, he concludes. “However, this is simply not realistic for so many of our members while social distancing remains in place. We strongly urge the government to recognise the unique situation that our members are in and to provide sector specific financial support for musicians”.

With a new 10pm curfew being introduced by Boris Johnson for pubs, restaurants, venues and other hospitality businesses as of this Thursday, for nighttime businesses that have found a commercially viable way to operate while adhering to the current social distancing rules, having to now also adhere to the curfew will be devastating blow” according to the Night Time Industries Association.

NTIA CEO Michael Kill said this morning:“This announcement of a 10pm curfew for hospitality is yet another devastating blow to the already beleaguered night-time economy, struggling to survive and in desperate need of sector-specific financial support from the government. This curfew will lead to the demise of many of our most beloved cultural and entertainment venues”.

“Businesses in the night-time economy are both shocked and disappointed by the government’s continued targeting of restrictions on late-night venues and bars, partially open at a fraction of their capacity, when they have admitted that the majority of transmission takes place in households”.

“As a result of this measure, we foresee a surge of unregulated events and house parties which are the real hot beds of infection, attended by frustrated young people denied access to safe and legitimate night-time hospitality venues”.