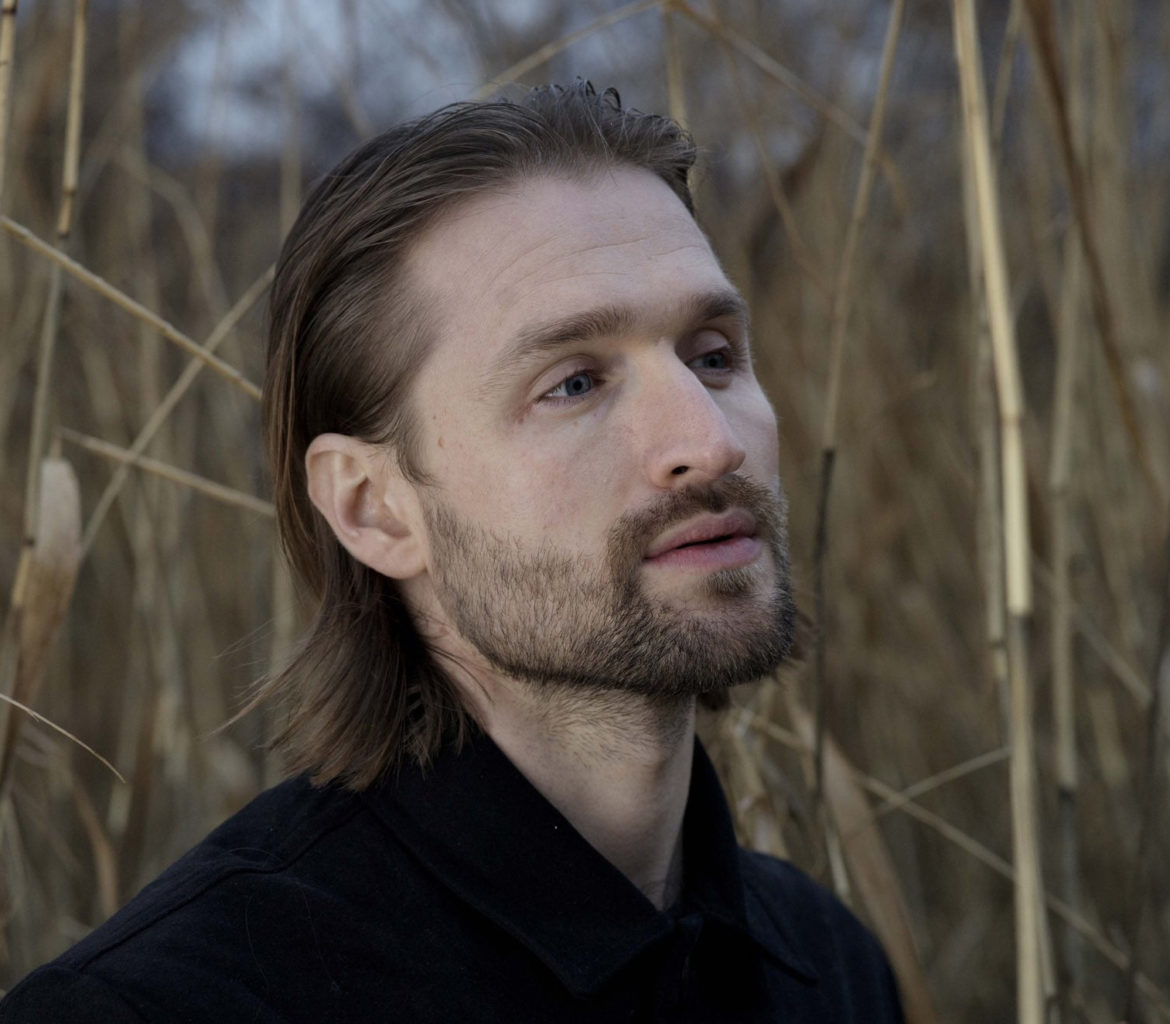 We live in an age dictated by numbers. It’s something that’s nudged into our consciousness since lockdown, and summed up very well indeed in ‘Living By Numbers’ an essay written by Hayden Thorpe for The Social in April, where he sketches out our months-old reality.

And what a headfuck it is, when it hits that numbers are now entrenched in our own individual psyches.  Like it’s our natural instinct and always has been. In the last couple of weeks alone we measure by one and two metres, the rule of six, and 10pm. For our own good, but still.

“We live in a time where our mythology is the metric that somehow can be the value of anything determined by number the number of streams, the r value, the number of followers, the number of calories. We really aligned ourselves with this in of order, It could have been any kind of order, we just happen to have got obsessed by this numbering,” the former Wild Beasts front man tells me, letting out a short laugh, humour more out of the absurdity of it all rather than amusement.

After all, this time last year, who’d have imagined today’s world. As I write this, the govt medical advisors are on the news pointing at charts of scarily high probable infection rates with too many zeros on the end for comfort.

No need for Hayden to worry about numbers this particular hour, though. He talks to me over a weak, crackly phone line whilst out walking on the far Eastern Fells of the Lake District. There’s a single bar of reception on his phone.

One, after all, is better than nothing.

The Kendal-born singer, songwriter, and multi-instrumentalist and the ground he stands on today are intrinsically connected. This is why, one supposes, he was selected to be artist in residence for the inaugural edition of the Aerial Festival celebration of music, literature and performance due to take place in Ambleside back in March featuring artists both local and from elsewhere.

Aerial is named after the 1806 William Wordsworth love poem to the Lakes, ‘Home at Grasmere; primarily the sentiment “The station whence he looked was soft and green, Not giddy yet aerial, with a depth Of vale below, a height of hills above”

‘Home at Grasmere‘ is about home and what it means to make a home in a space or environment with other living beings, emotionally and literally, but also the sense of insecurity linked to creativity.

“Any artist, one who tethers their livelihood to their creative work you become accustomed to the baking sun and also the bitter wind. It’s always felt like an act of survival and defiance in many ways, not to be too dramatic about it,” says Hayden. “Society and the mechanisms of society doesn’t make it easy to stray from regular paths so in many ways this time has blown this wide open. We do things that we find meaningful and protective of ourselves, a real gift.”

Hayden’s own relationship with the poet is in its embryonic stages, but as is often the case once one starts to enjoy an artist or even piece of work, it seems to follow us where we go. Taylor Swift references the poet in recent song ‘The Lakes‘ (“tell me what are my words worth” she sings) he tells me, and last night as he watched Charlie Kaufman’s ‘I’m Thinking Of Ending Things’ Wordsworth’s ‘Intimations of Immortality From Recollections of Early Childhood’ popped up.

For those of us from outside, our relationship to the Lakes is different to those born and raised there. Personally speaking it’s memories of school trips, the Wainwright walking guides and Wordsworth’s ‘Daffodils’ as my mother’s party piece, important and affectionate childhood segments but for Thorpe as a native, he finds the place more precious as time passes.

“I’ve had the good fortune to travel a lot being in various places around the world and being in places of great wonderment and beauty and awed by what I’ve seen,” he reflects, “(but) I can’t say I’ve seen anything quite as enchanting as the Lake District. I came to realize quite how fortunate how fortunate I am to be amongst this landscape.”

Aerial was intended to be special experiences in unconventional spaces, Hayden’s original role involved composition of a choral piece performed at dawn. The pandemic changed all that and now the festival commissions are free online from 26 September, shaped to fit this new numerical reality.  His contribution is a three track EP ‘Aerial Songs’, out next month. This fresh commission facilitated by Aerial’s Luke Bainbridge and Sam Hunt who converted the live performance into funding for new work, gifted him more space to explore what it is to be from and grow up in his birthplace. 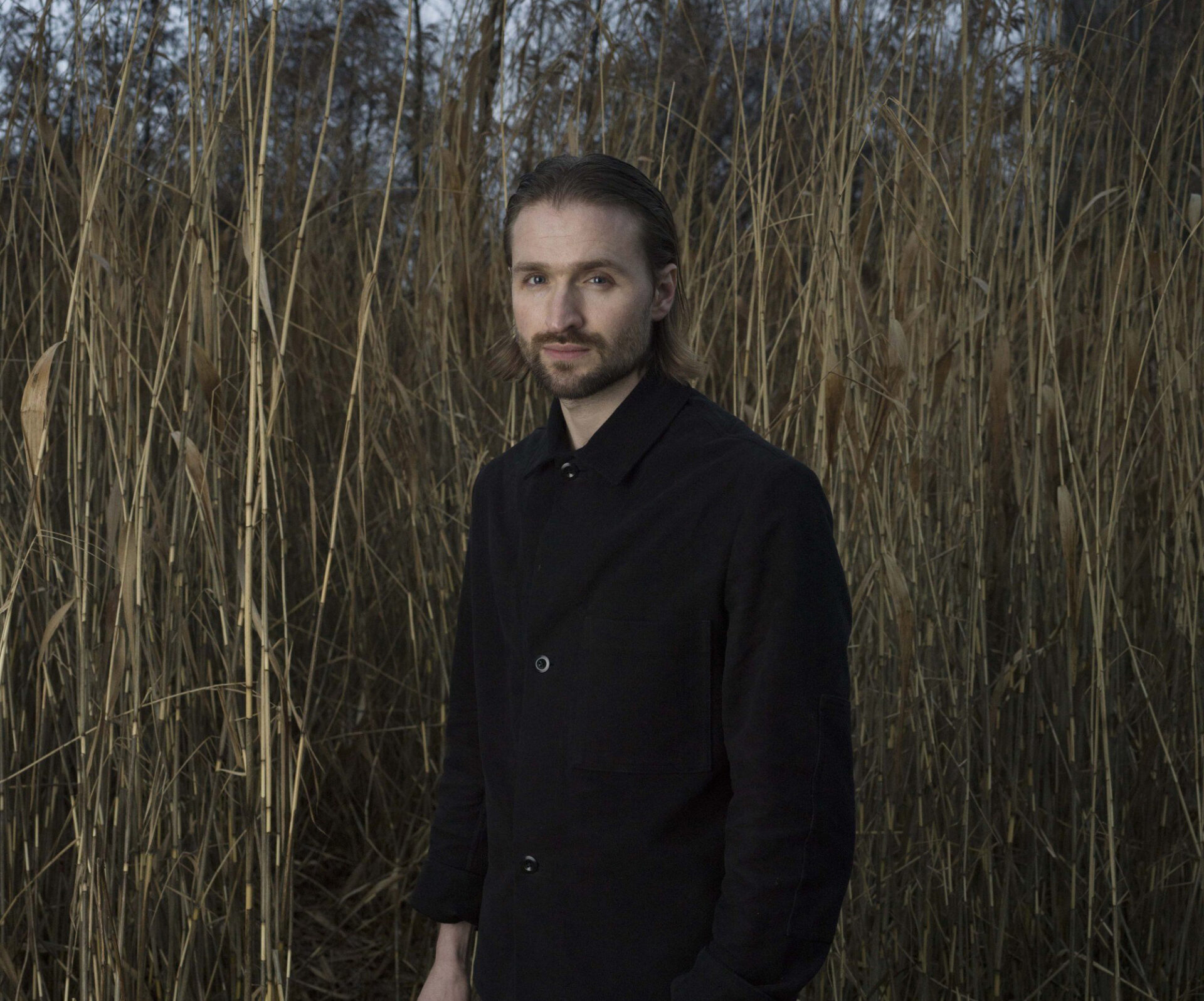 Debut solo album Diviner, a collection of understated piano ballads from last year conceived in the aftermath of the Wild Beasts split, set Thorpe or so it seems, on an increasingly thoughtful state of mind and on the EP he continues with that, the piano (his “totem” as he referred to it at the time) quietly present underneath ‘Blue Crow‘. “Keep watch while I dream” he repeats, over an electronic bed. ‘Head on a Platter‘ has his distinctive much adored vocal way up high, ‘Set It Loose’ with a delicate acoustic guitar and soft cello both warn and hum.

“To have your psyche made by here too, because it’s a very dramatic place not only in landscape but…it’s a brooding place, it’s severe. And it’s secretive. And it’s under secretive,” he reveals.

He’s always been protective of the Lakes, and admits it was difficult to capture his feelings about them artistically as a slightly younger man.

“I guess this is me making a start at that. And maybe only thinking now I have the tools to capture aspects of it.”

He describes the EP as “my very own Cumbrian psychedelic folk songs”, ones imagining a new folk mythology. The pandemic after all, he thinks, has shown us we are part of nature, and not separate from it as we may have thought.

“Somehow we need to ‘re-wild’ ourselves and become part of nature again, and to protect nature and live alongside it.”

“The psychedelic luminous greens and purple fell sides and enchanted valleys, it’s all very surreal and of late I’ve been inspired by psychedelic mythology and rituals and ancient rituals. And how the fruits of the land have in different ways served our rituals and changed our psychology temporarily through mushrooms or beer or different things from the land that change our consciousness and make us feel natural once again.”

When lockdown hit and he began to re-approach his work for Aerial, he was confined to London and “retreated into underground” as he puts it, his computer a digital store, the Lakes became something he accessed through the portal of the computer.

“We all began to live these dream digital lives where our loved ones and our hearts and our emotions were reconfigured. We were broken down into algorithm and de-configured via a satellite on the other side of the world. It was a mystical process where we are beings that don’t really exist in a physical form, we somehow  occupy our space and different places in the world and in different time zones that has fed into the aesthetic of the work I think, digital sounds and to capture that mysticism in an electrical form.”

He did keep the communication open to his audience, performing weekly Saturday night Diviner Salons on Instagram for the first month. He set the shows up as near to resembling a concert as he could. The reason he gives is he was “match fit”, his tour with Jon Hopkins coming to a premature halt.

“I was primed and full of adrenaline that needed somewhere to go. Just do the simple thing which is sing a song. Which sounds a bit daft.”

It doesn’t sound daft at all, those shows were special to his grateful audience during a very difficult time. A totem of sorts.

Right in the here and now, he’s been in the studio for the past three weeks.  It’s why he’s in the middle of nowhere breathing in good clean air.

His voice warms as he describes the remote area where he stands on the fells. How he drives until the road stops, gets out of his car and walks and walks. The colours, the shapes, the freshness. He makes it sounds so simple and wonderful, and so very un-2020. And, as he puts it, “sensational.”

‘Aerial Songs‘ by Hayden Thorpe is out via Domino on 16 October.

Aerial Festival commissioned more than 20 new works by over 40 artists including Thorpe, The Quietus, Caught by the River feat Modern Nature’s Jack Cooper, Stuart Maconie; and can be accessed for free on the website from 26 September onwards.