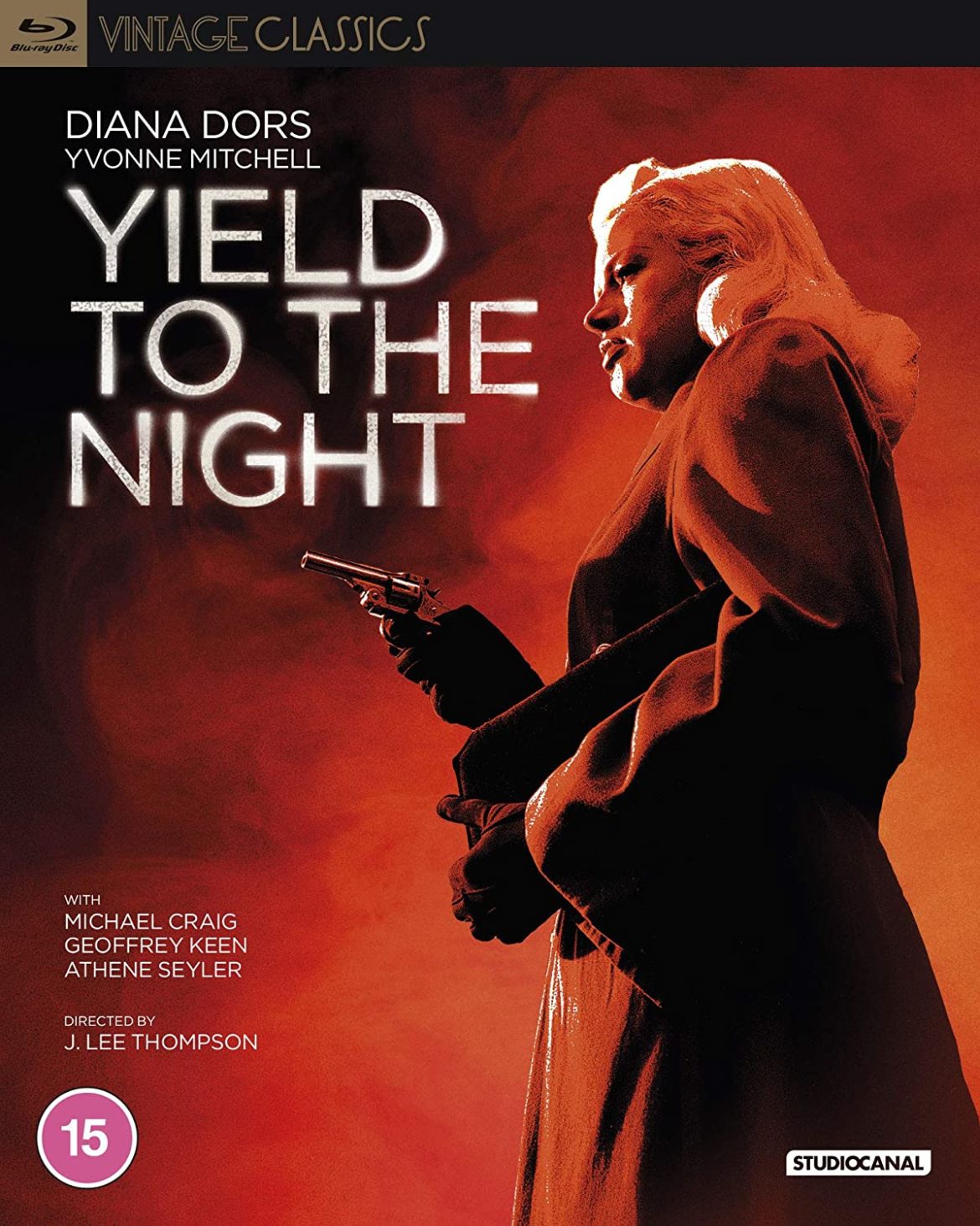 The English film actress Diana Dors first shot to fame in the early 1950s. Her rise to stardom and the striking similarities in their physical appearance led to Dors being routinely referred to as “Britain’s very own Marilyn Monroe.” Diana Dors will also be remembered by many others for what turned out to be one of her last on-screen roles when she appeared as the Fairy Godmother in the music video for Adam and the Ants’ 1981 chart-topping single ‘Prince Charming.’

But hidden between these two rather hackneyed observational landmarks in Diana Dors’s long and varied career there lay a convincing actor of some dramatic substance who was capable of revealing great emotional depth. Her richly textured performance in the 1956 British drama Yield to the Night – a newly restored version of which is about to be released on Blu-Ray and Digital for the very first time – is a most fitting affirmation of these undoubted qualities.

Directed by J. Lee Thompson – who would go on to achieve even greater renown for films such as Ice Cold in Alex, Cape Fear, and The Guns of Navarone – Yield to the Night sees Diana Dors cast as condemned murderer Mary Hilton looking back from her prison cell on ‘death row’ at the sequence of events that led to her killing her lover’s mistress.

Given that we are talking about a film that was made in the 1950s, Yield to the Night is remarkable in that its storyline was not only written by a woman – based as it is upon Joan Henry’s novel of the same name and adapted for the big screen by Henry and John Cresswell – but it also features a rare female lead role in a drama from that period.

Yield to the Night is often thought to be based upon the case of Ruth Ellis, the last woman to be hanged in Britain. Henry’s novel, though, was published the year before Ellis’s execution in 1955. However, the film’s central premise was to enter the then contemporary debate about hanging and, through the cultural medium of cinema, strongly argue the case for the abolition of capital punishment.

While Yield to the Night may not harness the supreme emotional power and devastation of more recent “death penalty movies” such as Dead Man Walking (1995) or this year’s Clemency it still brings into sharp relief the same fundamental moral questions about crime and punishment. It also benefits greatly from J. Lee Thompson’s taut direction and his textbook noir flourishes. Shot in black and white, the film is full of high-contrast mise-en-scène framing, unusual low-level camera angles, glaring close-ups, and often sinister-looking long shadows.

And then, of course, there is Diana Dors. She is both compelling and convincing in playing the part of Mary Hilton. Dors’s performance is carefully understated and one in which she delicately balances hope and despair, stoicism and fear, and as her helplessness gradually increases the burning questions of contrition and regret remain intriguingly unanswered.

For this new restoration of Yield to the Night the French film production and distribution company, StudioCanal returned to the original camera negative of the film which was then scanned and restored in 4K to produce a brand-new HD master. The new version will be released on 12th October 2020 as part of the Vintage Classics Collection.