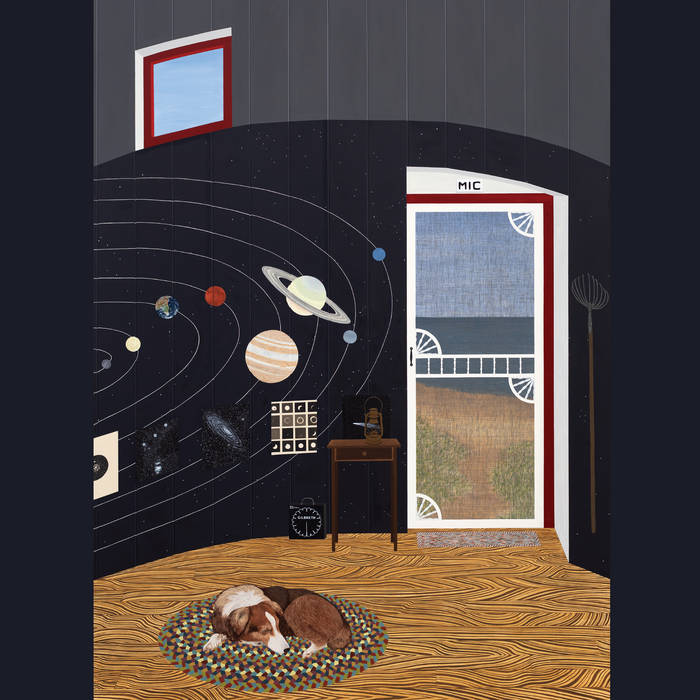 One of the criticisms sometimes lazily levelled at ambient music, by people who will not engage with the genre on its own terms, is the lack of variety and surprise it offers listeners.  If you were to dignify this with a response, Mary Lattimore would be a perfect example of an ambient artist bringing something completely different to the table.  Her suspenseful, thoughtful harp playing and astonishing production caught my attention with the single ‘Sometimes He’s In My Dreams’ which sounds unlike anything I’ve heard before.

Opening track ‘Pine Trees’ hones in on a gorgeous repeating 8 bar harp riff which is, with each repetition, slowly layered with bass synth, increased reverb, and crisply plucked chords.  It is a swirl of ethereal sounds that never raises above a whisper.  Title track ‘Silver Ladders’ takes things down a notch further, pushing the LP into a dreamlike, subdued space before the harp reverb begins crescendoing outwards with a psychedelic ripple effect.

After a couple of quick cuts ‘Til A Mermaid Drags You Under’ provides a pulsating 10 minute epic which whips by.  The harp playing here is cruder, with a focus instead being on the layering of textures, effects and other simple instrumentation.  Guitars, which scratch like a spider on a fretboard, are allowed to ring out.  ‘Sometimes He’s In My Dreams’ is strikingly different.  A driven, tinkering chord progression on the harp is bolstered by deep, brooding bass synths before being matched by a sombre, introspective electric guitar line.  If you only had time to listen to one song on this project, it should be this one.

‘Chop on the Climbout’ provides the most dark moment on the LP.  The focus shifts to the bass synths, with harp now only providing textural flourishes.  There is a slight but unignorable discordant element to this track which is designed to put the listener on edge.  As the record up to this point has mostly been serene, it is surprising and adds another dimension to Lattimore’s approach.  ‘Don’t Look’ feels like a reaction to this, an effort to drive the negativity out of the album and put the listener back on a steadier path.  It collapses into ‘Thirsty Tulips’ which gives the listener further pause for thought – not blooming into the final moment of pleasant, untroubled beauty that we might have been expecting.

Mary Lattimore has provided a perfectly rounded record packed with enough surprises to convince even those who would not consider themselves fans of ambient music.  It provokes a rich and complex array of feelings that will stay with you.  For those who are fans of the genre, this is a record to cherish.

Silver Ladders is out now on Ghostly International.