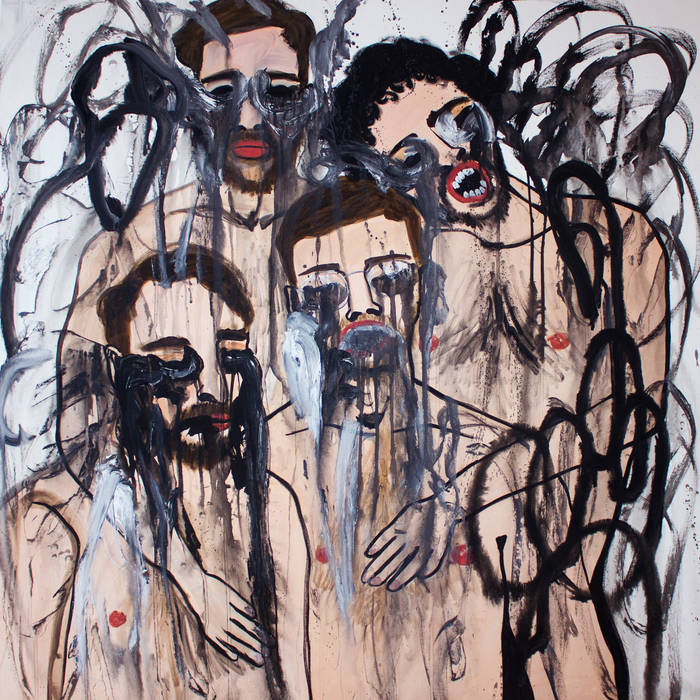 A band from Bristol have just released their difficult third album. It follows on the heels of an album that pushed the sound of their debut into new and unprecedented areas, whilst being critically acclaimed. Their grassroots and DIY approach to releasing music is just as important as the music itself. Live, they have decimated stages and won over audiences. Once I witnessed a bass amp catch fire due to their sonic abuse. A replacement was found, which was destroyed by the end of their set. That band is Spectres, and their new album is It’s Never Going to Happen and This is Why.

In the three years since their last album, Condition, the band toured relentlessly and released the experimental Death Kettled LP consisting of the ‘Condition’ demos woven into two 20-minute slabs of noise and confusion. Frontman Joe Hatt has relocated to Berlin. Guitarist Adrian Dutt was hospitalised due to an unexpected illness and band producer Dominic Mitchinson joined the band on bass. To call it a serene period of time would be an understatement. All of this is reflected on It’s Never Going to Happen and This is Why.

Musically it’s business as usual. A sinister wall of sound full of contorted guitars, punishing drums and dank basslines, imagine a nightmare version of shoegaze and you’re on the right lines; it gets right in your face throughout. After the opening track ‘Idolise Us’ we are against the wall and Spectres are toying with us. This is a witty, and snide, attack on celebrity culture and some of their peers. It shows that the band haven’t left any of that cutting charm that made us fall in love with them in the first place. A trait with a lot of experimental acts is to try and go louder and more harrowing with each release. Very few acts are able to scale their sound back and still appease their fanbase. Going more extreme is all well and good as long as you don’t overshadow the songs. It’s Never Going to Happen and This is Why at times it is the most unrelenting thing the band have ever released, while at others it is very tender and restrained. ‘Define ‘With’’ AND ‘Emasculate Symphony’ for example are both a semi-instrumental track consisting of skewed pianos, maligned synths, and distressed guitars. They are two of the quietest songs on the album, but also the most harrowing. And this is the interesting point. Spectres know how to get their message across. They know that you don’t have to rage all the time to make it, so they don’t. It also adds a nice change in tone and texture. While it isn’t a palate cleanser, it does give ‘An Annihilation of the Self’ and ‘The Boats’ an even bigger impact. On ‘Define ‘With’’ the band are joined by Klein and Ben Vince. Their additions aren’t as pronounced as you’d expect, but you can feel their shadows lurking in the dark recesses of the song.

Spectres have always been at their best when they have something to say and their backs are against the wall. Given how the current climate is, we are all against that wall. The addition of Klein, Ben Vince, Elvin Brandhi and French Margot really adds something extra to the songs. The songs don’t lose any of Spectres’ terrifying glee. Each guest artist is given room to shine whilst fitting in with the order of the day. Making a frantic bloody racket that nauseates as much as it delights. This is their most accomplished and complete album to date. Yes, there might not be anything as immediate as ‘Neck’, ‘This Purgatory’ or ‘Lump’ on it, but there is plenty to get your teeth into that offer similar harrowing highs once you’ve settled into the album.

The band bark ‘Idolise Us’ on the opening track in a cynical way. The joke is on Spectres. We never stopped idolising them.