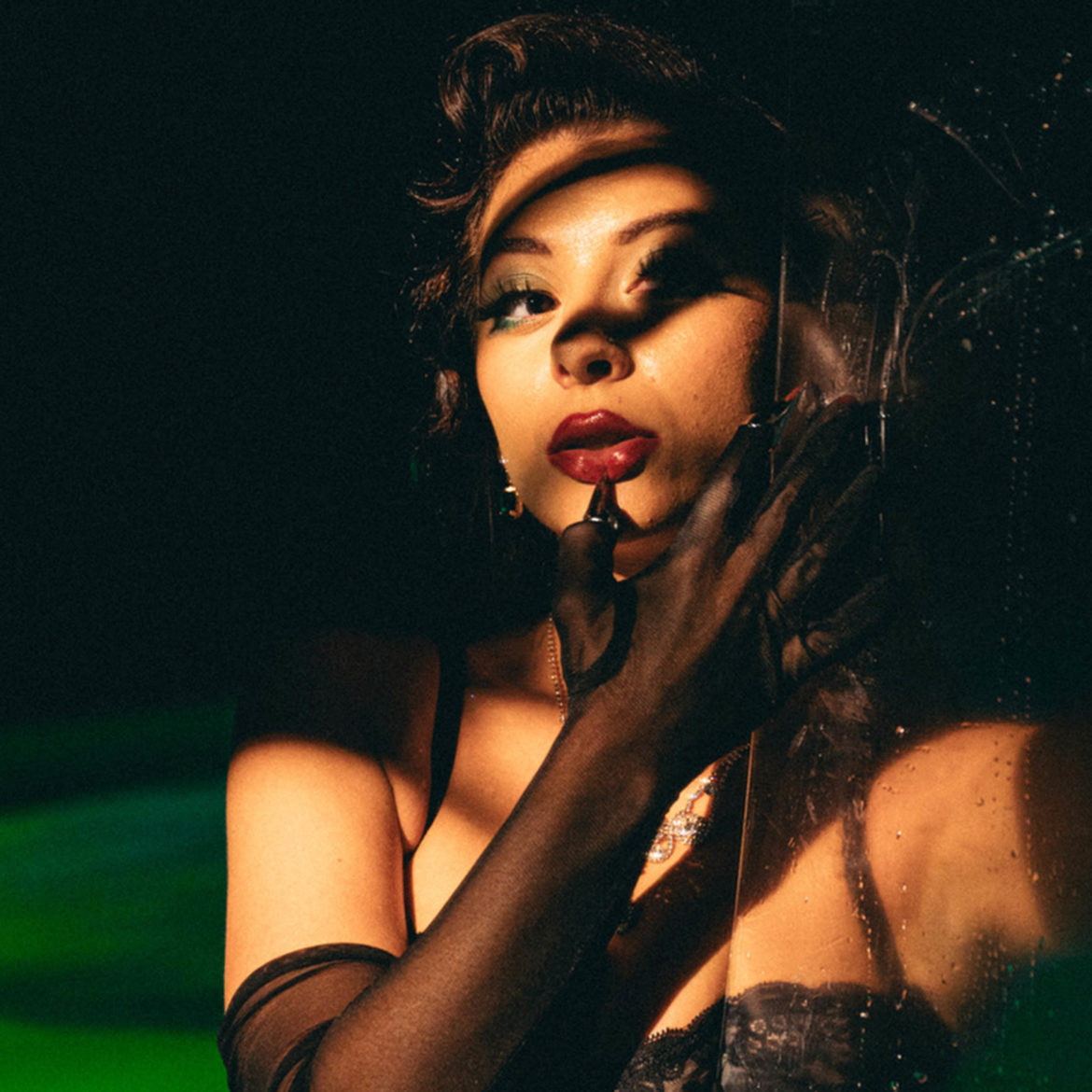 Swirling dark electronic beats provide a backdrop to a tender vocal full of emotion and cleverly written alternative pop songs that are just scratching the surface of LEXXE‘s artistry. Beneath that, there is a world of visual and sonic marvels waiting to be discovered. Their debut EP ‘Meet Me In The Shadows’ released in October, it’s a spooky Halloween delight that can be enjoyed all year round. I asked them a few questions about their work and what’s in store for the future…

Hola! I am doing pretty well, just ordered my favorite coffee and I’ve been in the studio (safely) for the past week, so I’m feeling a sense of  *somewhat*  normalcy for the time being.

Tell me about your new EP, Meet Me In The Shadows.

This new EP is pretty much what I’ve been referring to as a “cheese-plate” of LEXXE. I wrote it backward, and didn’t realize it was a body of work until I wrote the last song, ‘Meet Me In The Shadows’. The EP was actually originally called “Joyride” but when I wrote ‘Meet Me In The Shadows’ it sort of closed the door on this chapter of my life and put a bow on it. The EP talks about me struggling with my identity going through a breakup and falling in love/lust in pretty theatrical way. I’d like to be more straightforward in the future, but the truth is even my DIARY is written in metaphor, ha!

You’ve got some super cool music videos to go along with the EP. What was your experience like putting the music videos together and where did these ideas come from?

SO ‘Joyride‘, was actually written by myself and Alexa San Román who also happens to be my director! She is a musician first, and I find she edits and comprises videos so well because of it. So we basically created this world together from start to finish and it was really exciting. The song was inspired by a killer alien woman, and I wanted to translate it into a found-footage-esque chase type art video WITH a huge dance scene. Anyone else would’ve run for the hills but Alexa made me a masterpiece instead.

The ‘85’ video will forever be probably my favorite. I wrote the song feeling really hopeful about something that could potentially go very wrong and I wanted to portray that trajectory of realizing you’ve put your all into something and made yourself look silly, (or like a clown perhaps?). And if you’ve ever seen Pagliacci, there’s this man who’s been betrayed by the woman he loves singing about how he has to put on his costume and go to work (as a clown) anyway, it really speaks to me. I’ve cried so many times before going on stage, and had to completely forget my heart was broken and smile. That’s really the main theme behind that video. I shot it with my team Alexa San Román (who is also my partner in crime), Sam San Román and our family we were quarantined with during lockdown. We did all three looks in one day and it was an emotional rollercoaster I will never forget! And my skin too. It hated me for a while after that – three clown makeup applications and removals in a day was a bit of overkill. But! It looks great.

‘Meet Me In The Shadows‘ has a very very special video coming too. You’ll understand the inspo behind the title if you catch on throughout the video.

I have already started writing for my next era and have crafted the world for it to live in too. I am so excited. Meet Me In The Shadows is me kicking down the door and what’s next is me securing my seat at the table.

I’d also like to work on my toplining skills and get myself into sessions for other people. I write melodies and lyrics best, and writing for others gives me a task to grow that I really love and helps inform my creative choices when it comes to myself too.

The first song I’ve ever truly written alone is called ‘Eyeliner Eyes‘. I don’t think it’ll ever get released, but those of you who have seen me live or at an open mic have heard it.

It’s very young feeling and raw in a sweet unexpected way, just me and a guitar. It has this line that goes, “Just gonna do what I usually do get drunk look pretty and forget you for the night,” that is so straight forward but oddly charming. It actually was pitched to other artists and was my first foot in the door when it came to writing.

It has a lot of singer-songwriter types, and I grew up going to emo/hardcore shows. Long Island/NY has an incredible hardcore scene and some awesome talent as well as some excellent alternative rock bands too. I feel like I may be the only (current?) latex dancing pop star but I could be wrong LOL.

Music to cry & dance to

Freddie Mercury above all. The man lived fantastically and wore spandex unitards to dance in front of thousands of people at a time when being flamboyant wasn’t widely appreciated, and that’s just a small piece of it. The songwriting was just out of this world.

The Weeknd– (who recently said he’d want to write an entire album for a female artist so i’m just universally putting it out there that this must happen), Stevie Nicks, Miley Cyrus, and most IMPORTANTLY, Def Leppard.

Kat Cunning! Who happens to be a dear friend of mine. They are so wildly talented and have something so special on stage that I can’t even put into words, it’s that star quality that demands you to stop everything you’re doing and listen. MAYVE as well, a long island local band, really to me take the cake for being so in the pocket and tight on stage.

At this very second, I am listening to ‘Meet Me In The Shadows‘, it’s such a good song and I honestly listen to it on repeat and picture myself performing it in an arena way too often.

Other than that it’s October so I’ve got some Type-O Negative in my playlist, Miley Cyrus has been killing it lately, The Weeknd’s new album is wonderful and PVRIS as well just put out a record that’s top to bottom gold- strong female artists rule!