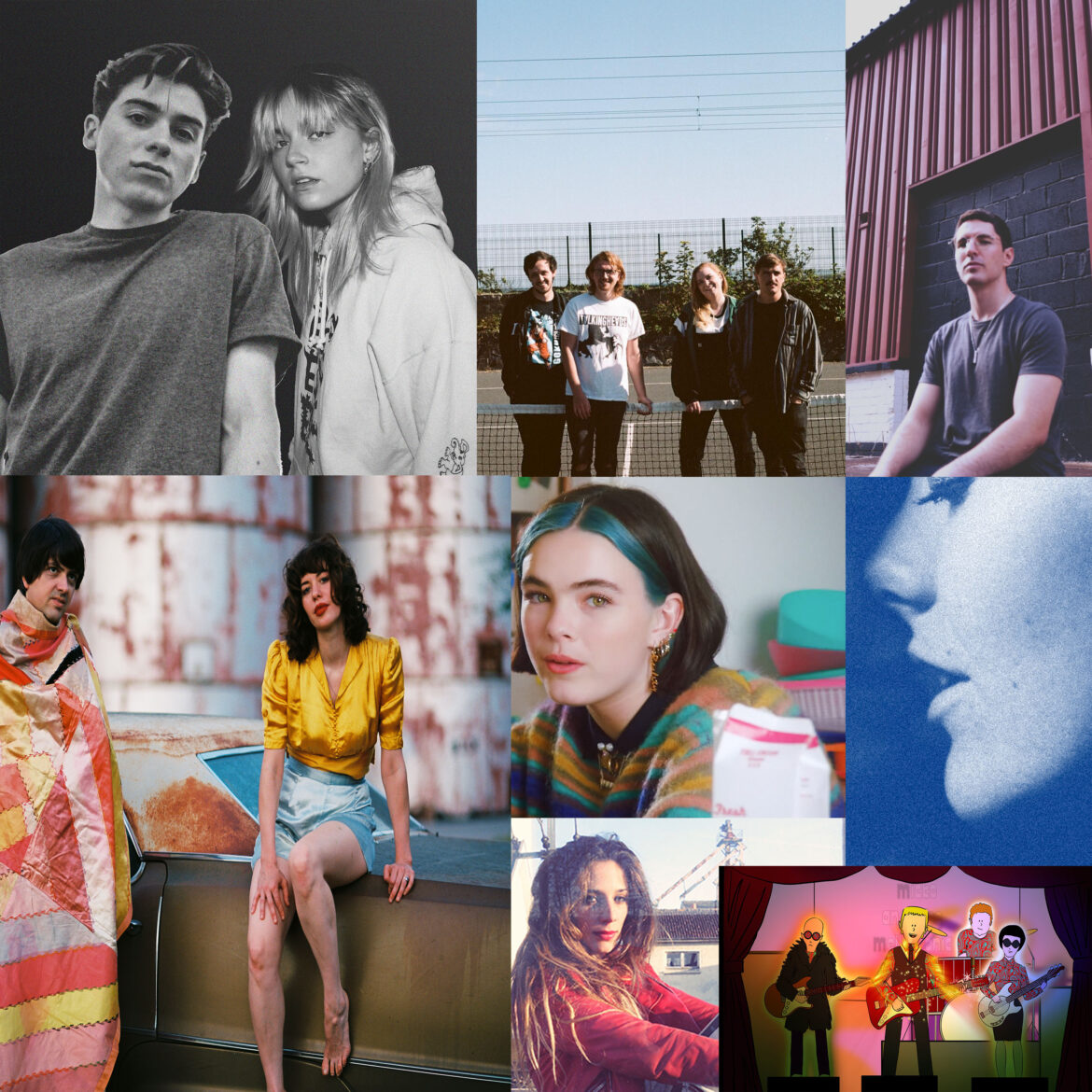 What? Words That Stay

What they say? Tele Novella have just released their second single today – the lo-fi folk pop, ‘Words That Stay.’ Taken from their forthcoming album Merlynn Belle which is out 5th February next year on Kill Rock Stars, the band recorded the whole album on a cassette 8-track using all 1980s technology.

Why we love it? If you were, God forbid, to watch the atmospheric Super 8 video that accompanies ‘Words That Stay’ with the sound on mute you would still get a very strong sense of what Tele Novella’s new single is all about; a score for a miniature costume drama played out with a deftness of touch and the warmest of smiles on its face. But then you turn up the volume and the song is suddenly transformed into the present day as the baroque bristles with contemporary intrigue, feelings that are multiplied as Natalie Ribbons’ startling voice shifts centre stage.(Simon Godley)

What? On Your Own

What they say? I dreamt this one up. It felt more like a gift from my imagination than a song that I’d written. In my dream, I was sitting in my apartment, except it was in Greece or somewhere similar with a view overlooking a really sweet looking beach. I was listening to the ‘finished’ track with my vocal engineer when a friend walked in and said “Yes! THIS is Felid!”. I woke up at 4.30am with that chorus chord progression, melody, and the line “I don’t wanna feel that love again” going round in circles in my head, and had to write/produce the song straight away. I only realised afterwards who or what it was about, and that it was clearly a subject that had been weighing on my mind a lot up until then…

Why we love it? Glorious lo-fi bedroom pop with a heart and soul and an earworm of a melody that will stick with you. The vocal is laidback and soft, allowing the music to breathe and shine through. It’s a stunner.  (Lloyd Best)

What they say? “Manifesto is all about control, and the seeming lack of it we have sometimes – control over our own lives, our own bodies, our own societies. Written during the time of the Repeal the 8th referendum in Ireland, it’s a call for equality. Life can feel like it’s unravelling around you. We see our countries fall in and out of economic crisis, we see the homeless crisis worsen by the day, we see the rapid rise of addiction and drug problems, and nothing is being done about, yet when
it comes to telling women what they can do with their own bodies, that’s when people (the bigots) step in and show up? It
baffled me. Manifesto is about turning your cheek to the critics and bigots and those who judge and doubt, to try shake the shackles
of everyday existence and mundanity and go carve your own path. “

Why we love it? Emerging from the bustling Dublin scene (think Silverbacks, Fontaines DC), SPRINTS are led by Karla Chubb, lead singer and songwriter, Manifesto barrels down the street booting away the bigots and those holding back progress in Ireland. Chubb’s urgent vocals sear amidst waves of crashing fuzz guitar and kick ass drums. Fearsome and fantastic. (Bill Cummings)

What? Happen To Me

What they say? “This song is super important to me. It’s the opening track [on the album]. It’s the first song where I’ve written about anxiety. The lyrics are pretty dark. Life is pretty crazy right now, and I think it’s important to talk about this kind of stuff.”

Why we love it? With bubbling percussion and burbling guitars Benee’s meditation on grief is a insidious and subtle slice of dreamy guitar pop. Beebee’s wistful vocals that imagine the worse, are invested with a moreish melody that releases mental health trauma into the ether. An earworm of shimmering quality.(Bill Cummings)

What? In The Dark

Why we love it? This track opens with an instant melodic hook that grabs you by the scruff and doesn’t let go until it’s over. The vocal is smooth and beautiful, the production is tight alternative pop that relies on a strong melody as the backbone for a fantastic piece of music.  (Lloyd Best)

What they say? There was something about the night I first started writing ‘fools (can’t help falling in love)’. I was alone in my car parked in the rain listening to the beat (produced by Sarcastic Sounds), when the lyrics in the sample just struck a chord with me. I had heard the song [Can’t Help Falling in Love] a million times before; but, in this moment, it felt different. It sparked a lot of emotion and inspiration for me, and I started thinking about how often I “rush in” like a fool and end up falling into a one sided love-story with girls who are way out of my league. That’s something I deal with on a regular basis and it comes with a lot of emotional consequences. So I really wanted to capture exactly that and try to add a new element to the original song that people like me could relate to on a deeper level.

Why we love it? Laidback hip-hop with a romantic edge that samples the Elvis Presley classic ‘Only Fools Rush In‘ and gives it a modern edge. Sody‘s tender vocal on the hook contrasts beautifully with Foster‘s rap that laments on unrequited love to create a touching combination that feels like a breath of fresh air. (Lloyd Best)

Who? Micko and the Mellotronics What? ‘Psychedelic Shirt’ Where? North London via LeedsWhat they say? A veritable trip back in time to early ‘80s Leeds. Taken from their forthcoming debut album ‘1/2 Dove – 1/2 Pigeon’, tongue-tied nostalgia is the key songwriting/visual theme for this latest countdown-release from Micko and the Mellotronics. While ‘Be Kind’ is the perennial maxim of 2020, it seems that was anathema 38 years ago: when ostracisation ruled the roost, and heaven help anyone who chose not to resemble a middle-aged golfer with whiter than white socks. Why we love it? The Freudian video skilfully embodies three and a half minutes of vital social commentary. It is very easy on the eye and has an ‘after school ‘80s TV’ feel about it courtesy of director/animator Ashley Jones and artist Peter W. The song itself contains both a ‘Lucifer Sam’ and ‘Rollercoaster’ dissonance: a portentous hammering emphasising both the narrator’s predicament and his perpetrators’ mendacity. A fortuitous circle-completing homage. (Humphrey Fordham. Photo credit: Ashley Jones/Peter W)FFO: The Jam circa ‘Liza Radley’, early Pink Floyd, The 13th Floor Elevators, ‘60s Spy TV themes, Devo

What they say? Fauna Twin are Parisian singer-songwriter Claire Jacquemard Ginsberg (leader of Hippies Vs Ghosts) and North Wales’ Owain Ginsberg (We Are Animal). They released their debut ‘The Hydra’ EP in 2016.

Why we love it? Fauna Twin are back with a wonderfully tender and mysterious track that swells from insistent strum and the beat of hushed whispish textures of psych laden folk, to an arcing crescendo. Jacquemard Ginsberg’s sublime vocals shiver with a haunting quality drawing a vivid sketch of a character, that smothers you completely. Absolutely gorgeous, and a very welcome return indeed.(Bill Cummings)