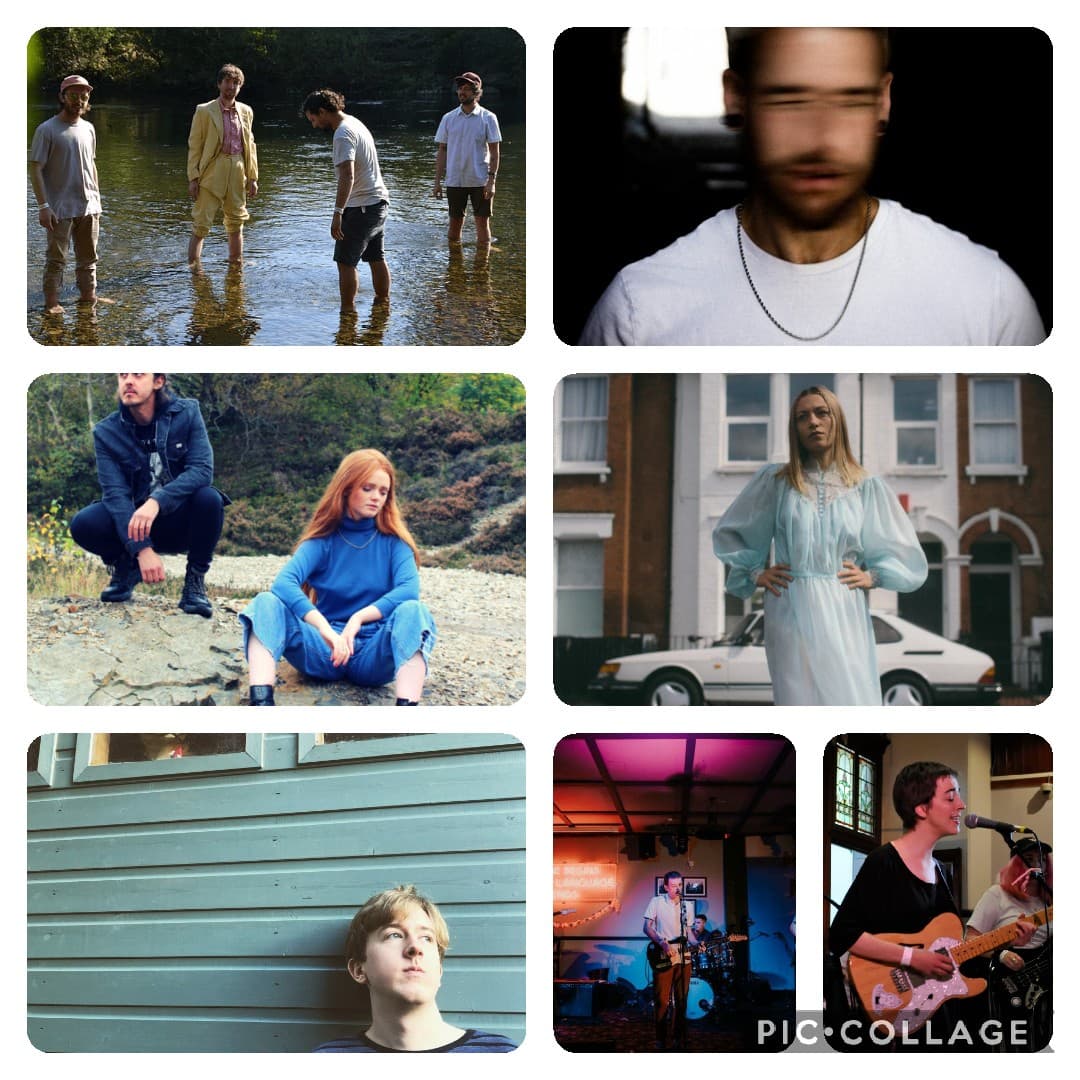 Here we are with our second edition of Cymru Cuts, featuring what we think are the best songs and tracks made by new and emerging artists of Welsh origin, released over the past month. The response to the first Cuts was overwhelming, meaning we’ve had such pleasure getting to know fresh talent we didn’t even know existed a mere four weeks ago.

It’s been a busy month in the new music calendar in Wales, Deyah winning the annual Welsh Music Prize with her album ‘Care City‘, and yesterday we learned the recipients of this round of BBC Horizons Launchpad funding. You’ll find a a couple of them – Minas and record label JigCal – highlighted in this Cymru Cuts, a very happy coincidence!

What a feast we have for you this month, Hyll believing in their dreams during these uncertain unsettling times, Y Dail showing so much potential we’re buzzing to hear what he has coming up next, the skilled songwriting and delivery of Gillie as she steers her work in a different direction. Dream pop-flavoured Blood Honey, and electronic artist Minas reveal hidden depths, whilst Melin Melyn and Rosehip Teahouse both continue on their exciting upward trajectory.

Enjoy the tunes, revel in the talent and we’ll see you next time for more! 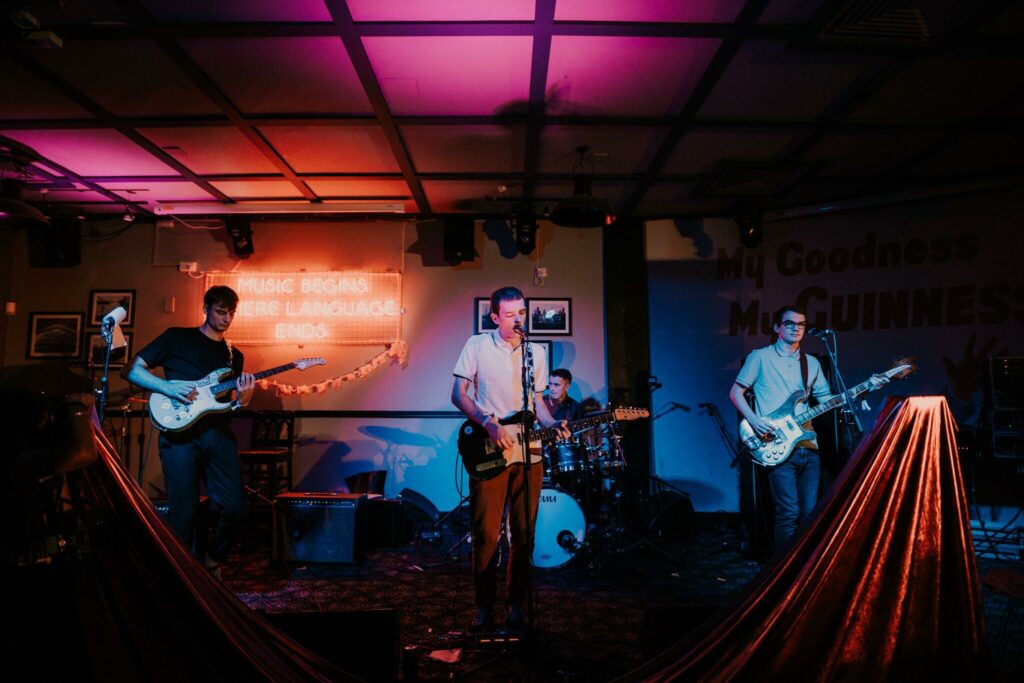 Bloody love this. Can’t remember when I last heard a song with bare piano and open hearted and honest vocal delivered in such way, without it being a bit…y’know. It’s a tough balance to get right, so very easy to fall into sentimentality with such a set-up but ‘Coridor’ has a buoyancy and reassurance everything is gonna be ok, which is the energy we need.

The press release insists a message of optimism and hope lyrically too; Iwan from the band says, ‘it’s weird to be releasing a song that’s quite optimistic about the future’. If that’s the case, we’re very prepared to be weird.  His belief ‘it’s great to revisit a few dreams…it turns out COVID hasn’t erased them’ is spot on. – Cath Holland 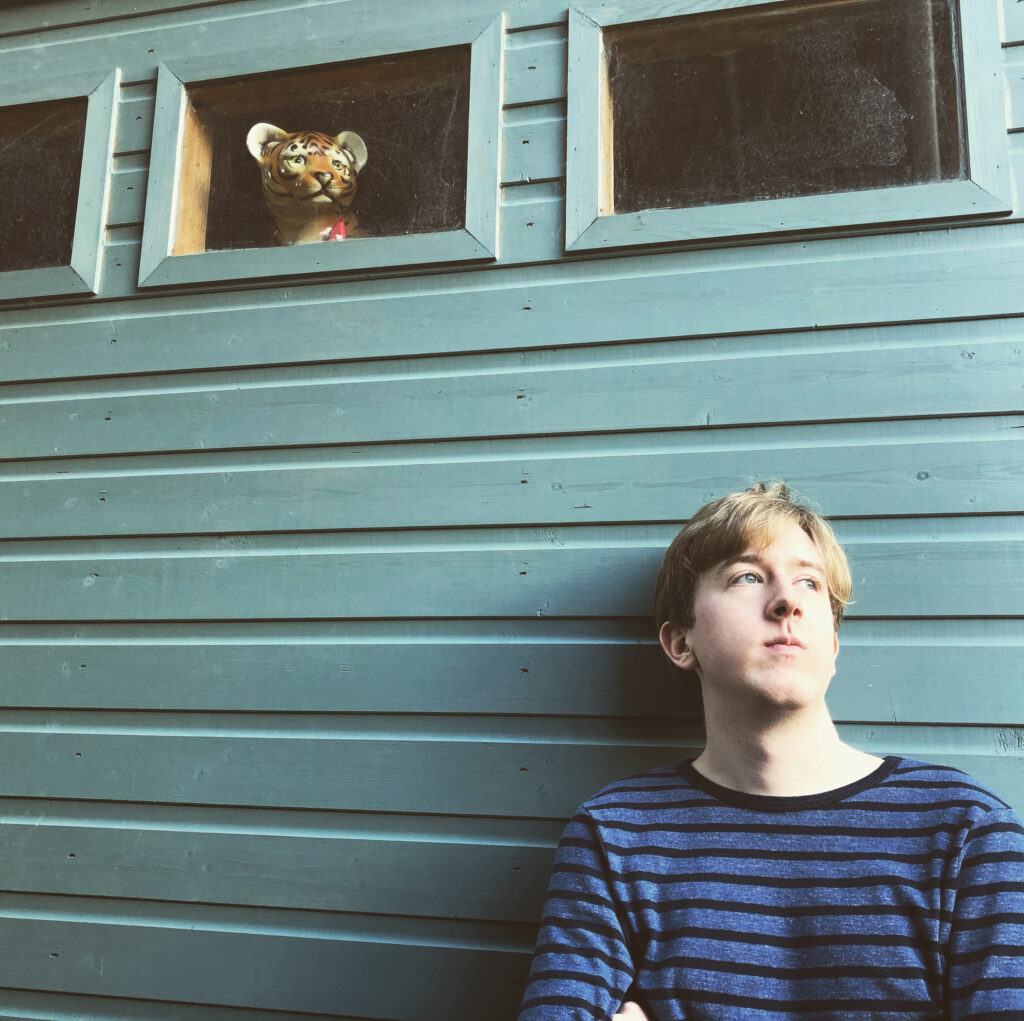 Huw Griffiths’ project Y Dail (‘The Leaves’) is a family affair, with sister Elen on bass  and “whoever else is around – to paraphrase Mark E. Smith, “If it’s me and your granny on bongos, then it’s Y Dail,” he says.

We get the light playful humour, a keen freshness and spirit within this tuneful guitar-pop debut. He cites Gorky’s and Super Furry Animals as reference points and they show themselves clearly; and Racehorses leave clear hoof prints. A a fine base to emerge from.

We’ll be keep a sharp eye on this 17 year old as he finds his feet, and proceeds to release a string of singles recorded with Kris Jenkins (Cate Le Bon, Gruff Rhys, Los Blancos) and finally an album in a year’s time. – Cath Holland 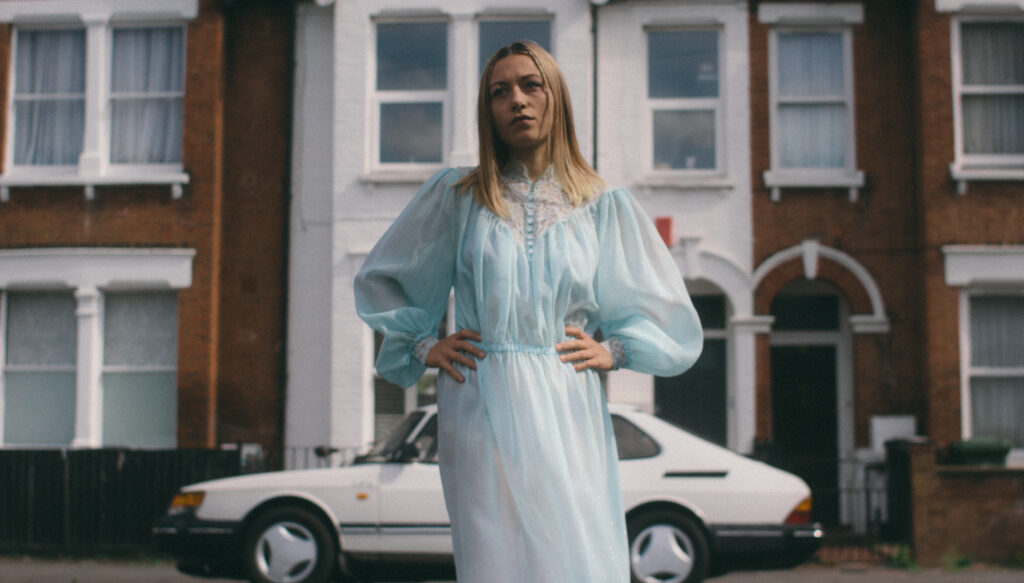 ‘Leaving Alone‘ is just lovely. Carmarthenshire’s Gillie Ione Rowland goes by her Christian name, and plays guitar with the awesome Ailsa Tully, who plays bass for her in return.  In this new single, Gillie’s increased confidence in her voice or so it seems, and a cleaner more pop approach makes the addictive sweet melody glide. But there is no saccharine here, as she reassesses the nature of her friendships in her now London location, the painful but necessary process to free and protect herself from toxic relationships.

“I found myself withdrawn and numb to friendships and this childish merry go round of emotions. It made me recheck a lot of my relationships, I think you need that sometimes. I wrote it with the guitar line at the forefront, and was channeling a carefree reaction, planning this wildlife of independence, and whilst usually, I get sad and reflective when writing, with this I was just saying goodbye and was fine with that.”

It sounds lyrically personal and intimate and reflective because that’s exactly what it is, and made all the better for it. And a total pleasure to listen to, absolutely gorgeous, and more grown up than her previous works. – Cath Holland 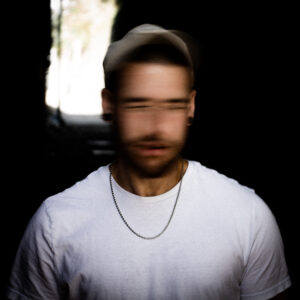 Welsh producer Minas has quietly been making progression into the scene since his release ‘Drinker‘ earlier this summer. He is most known for his work with Dead Method but is now branching out as a solo artist.

The ‘Nudge‘ EP touches on lockdown, self-doubt, arguments and longing for better times. The whole album journeys along a whirlwind of emotions, reflecting a snapshot of the emotions many of us can relate to. Influenced by punk, metal and hip-hop growing up, his music captures an array of sound, intertwining both rap and electronic. Each tune takes us on a voyage through his state of mind, from frustrations to anger and the inevitable self-reflection afterwards.

The repetitive ‘lockdown’ chant in ‘Take Me With You’ builds up into an almost chaotic and fiery sound reflecting Minas’ cluttered thoughts. Music has hidden meanings for everyone but, for me, this track represents the claustrophobic anxiety we have all been going through. And, I’m sure as ever, musicians have been feeling the strain.

Personal favourites include ‘What My Monster Looks Like’ and ‘Gander’, where the album builds up suspense amongst a backdrop of mumbles with ‘never mind’. Both of these tracks set the pace for the EP and help to finish the album with the story of the breakdown of his relationship in ‘Gander’.

For many musicians, music is written emotions and for this particular artist, though I can’t relate to all the lyrics, I feel like it was written for me. With soulful transitions and melodic soundscapes, the EP corners all emotions and feelings, telling a story of his life and the past few months. And, though this is the first time I’ve listened to Minas, I feel like I’ve known him for a very long time.

I’ll have to admit it, when I first listened to the EP I overlooked it. But, when I listened closer to the lyrics and the meaning behind them, I found it harder to turn off. Though Minas is fairly new to the scene, his talent is raw and his lyrics have a lot of depth to them which many musicians take years to perfect. I’m sure this is just the beginning to his future success – Megan Jaram 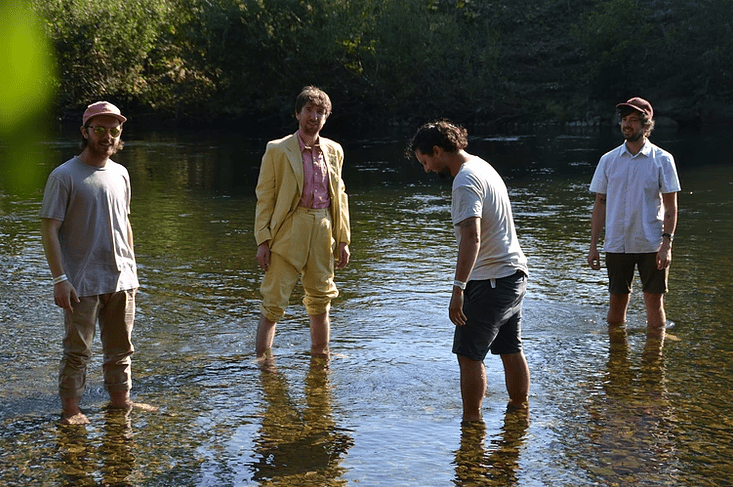 Melin Melyn are back with another psych smeared slice of whimsey starting off with a delicate country twang that offers comparisons with Gorkys and the surreal moments of Squeeze, the song quickly descends into a fantastic frantic audio barrage of cartoonish proportions, frenetic riffs, turbulent sax and wild refrains that wouldn’t be amiss from a Squid or Home Counties track.

“I’ve always been fascinated by the tales of the Rebecca Riots,” says lead singer Gruff, whilst discussing the tracks’ lyrical meaning. “It was when local Welsh farmers in the 1800s took to smashing up the toll gates put up by rich landowners, whilst being dressed in women’s clothes screaming the name Rebecca. That incredulity and rage still exists today, rising day by day due to the rich feeding off the poor…perhaps I should get my skirt….”

Melin Melyn are the next in a golden generation of exciting, left-of-centre Cymru bands soon to take the rest of the UK by storm. Oozing seventies typography, sun-drenched melody, and surf jangles, this Welsh four-piece are not so much round pegs in square holes as they are determined to throw the whole box out, blurring the line between folk, rock, pop and psychedelia.
Singing in both languages, (as seen on debut single ‘Mwydryn‘), their weird tales of colourful characters and magical worlds aren’t in fact that far removed from today’s off-kilter reality. – Bill Cummings

Tantalising us ahead of their forthcoming EP ‘Fine’ out on December, the band’s dreamy third effort delves deeper, harnessing  Faye Rogers’ haunting vocal powers and potent songwriting framed in slowly shrugging guitars and percussion, that explores the breakdown of a relationship. Wistful and draped in a disappearing of sweet sorrow. Gorgeous.

Detailing the release, Rogers explained: “I wrote ‘Summer Sleep’ in 2016. I was staying with someone who I loved very much, but knew that they didn’t feel the same about me. The last time I stayed at their house, I had this elaborate dream their ex-girlfriend was in hospital and we’d gone to visit her. In that moment, seeing her in the hospital bed, it was as if I no longer existed in their life and disappeared. Once they left together, I wandered around a strange town that probably doesn’t exist either. I found myself lying on the ground of a small white building with a beautiful blue glass window, staring at the ceiling. When I woke up from the dream, I left my love in their bed and said goodbye. It was the last time I saw them for a very long time, and the dream is still as clear as any other real memory in my head”. – Bill Cummings 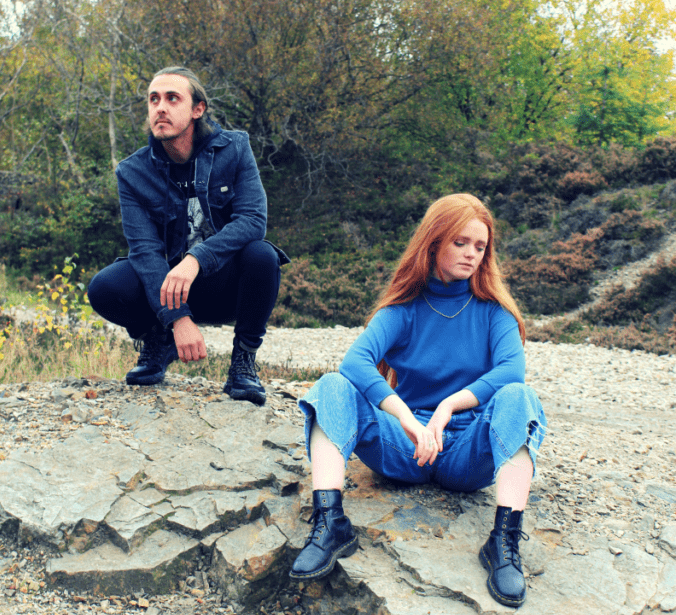 Blood Honey – Won’t Lie To You

The debut single ‘Won’t Lie To You’ from duo Blood Honey is utterly fantastic, slowly enveloping through strums and tumbling drums it catches you off guard hitting you in the heart with the earnestness of its aching bittersweet melody and shimmering backdrops. Isabella’s vocals are a thing of majestic beauty and ripe with a clear honesty, residing with regret and a moment of clarity, “I can’t/ I won’t lie to you” she soars, as guitars spiral skyward, effortlessly possessing the power of early 90s dream pop, The Sundays and the the pop nouse of Alisha’s Attic. We are bowled over by this, its quite an introduction.

Blood Honey is composed of Wrexham based singer-songwriter Isabella Crowther and producer/songwriter Alex Davies. Isabella and Alex have been working together since late 2019, taking inspiration from artists like Jeff Buckley, John Martyn, PJ Harvey, etc.

“We both have lived in the same places North Wales, Birmingham, London, and then back to North Wales. It’s weird to think about how similar our geographical lives have been. Living in parallel, just slightly off by the clock. “It’s easy to write music with someone whose life touchstones are so similar to yours, they just get it!” says Isabella Crowther. – Bill Cummings