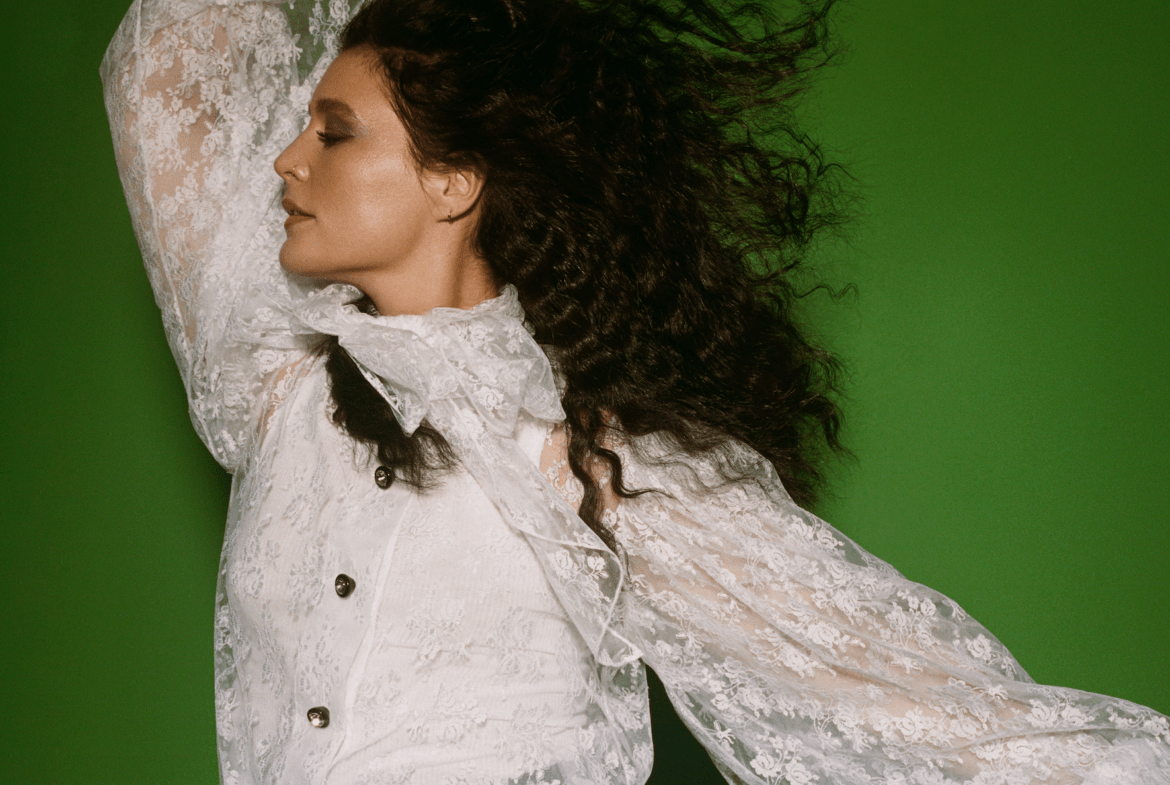 Over the next few weeks God Is In The TV will be posting a series of features from a number of our regular contributors and members of the editorial team, each one choosing their Tracks of the Year for 2020. The first in this series comes from Jonathan Wright.

I think we can all agree 2020 wasn’t great. Despite a few high points (see you later Donald) it has been a confusing and seemingly never-ending year. One of the other positive things about the year is the music. There was so much good stuff coming out it was still hard to keep up despite the extra spare time we had. As with the last few years, 10 songs just wasn’t enough to cover all the amazing music. Honourable mentions go to Perfume Genius, Magdalena Bay, Owen Pallett, Dua Lipa, Kylie, Beach Bunny, Brandy, Fiona Apple, The Orielles, Haim, Romy, I Break Horses, Porridge Radio etc.

1. Jessie Ware – Remember Where You Are

Jessie Ware’s triumphant latest album, What’s Your Pleasure was the year’s best and most stylish disco album in a year that seemed to be full of them. Ware touches on the history of disco with touches of electronica and R&B. Each song is a different shade of shimmering pop as she expresses desire and a need for escapism. She takes a slight left turn on the incredible closer, ‘Remember Where You Are’. It’s the closest Ware gets to a ballad as she channels the old school soul of Minnie Riperton and Rotary Connection. It builds and swells in all the right places as she’s joined by a choir who deliver the year’s most spine tingling chorus —  “the heart of the city is on fire”.  Ware gets starry-eyed singing, “We are the last ones of our kind, freedom of our hearts and minds. Yes, let our bodies testify and our spirits be entwined forever more” as she tries to find positivity after the results of the last UK election (when the song was written). The whole thing is a career highpoint for someone who has already amassed one of the best discographies of the last decade.

2. The Beths – Dying To Believe

After an absolutely perfect debut, New Zealand’s The Beths returned with an album that was almost as strong. Jump Rope Gazers showed they hadn’t lost their knack for conveying their personality through endless hooks and tight playing. The album may have shown a softer and more melancholic side to the band, but lead single ‘Dying To Believe’ was business as usual with the same compact arrangement and character that made the band so instantly lovable the first time round. It has the same bitter-sweetness of Future Me Hates Me, as the zestful melody contrasts with the sorrow of Elizabeth Stokes’ insecurity — “I won’t try to interrupt you, high and mighty and unlikely to learn lessons, these days I’m struggling to stand my own reflection patterns”.

Charli XCX continues to put out great music at a ridiculous rate. Following on from her 2019 album, Charli she quickly put together an album in six weeks in the very early stages of lockdown. Not only is How I’m Feeling Now quite comfortably her best work, it will stand as a document of our collective first impressions of this weird and unsettling year. ‘Forever’ is the perfect juxtaposition of her brand of bright pop and noisy lo-fi production. The waves of shoegaze distortion are laced with one of her prettiest melodies. She repeats, “I will always love, I’ll love you forever, even when we’re not together” These moving lyrics are enhanced by the accompanying video, which is made from meaningful footage or images that she requested from her fans . As the tempo speeds up towards the end and layers of starlit synths appear, Charli’s comforting words eventually melt away into an airy and trippy sonic landscape.

The mysterious Sault seemingly came out of nowhere releasing two albums in 2019. A year later and they’ve built a small and dedicated following putting out two more albums. Their most recent release Untitled (Rise) delivers on their earlier promise. It’s their most groove based and ambitious album with influences ranging from decades of soul music and a welcome touch of house. Opener, ‘Strong’ twists and turns with a startling funk melody that’s laced with a wistful string arrangement and flickering synths. The vocals repeat, “got to stay strong, even when they’re wrong” which becomes a well timed mantra as the they take us on a journey that climaxes with a thrilling percussive breakdown. Over six minutes Sault cram in so many ideas without it ever sounding cluttered on this gripping soul odyssey.

Róisín Murphy’s last two albums were arguably her most leftfield releases. On Roisin Machine, she deconstructs herself as the same dancefloor loving star that could be seen on Moloko’s best records, and one who still does things on her own terms. ‘Murphy’s Law’ is one of many reasons, Róisín Machine is her most entrancing album since 2007’s masterpiece, Overpowered. Her aloof and ice cold delivery positions herself as someone who can channel sleek 90s house music as well 70s disco with such class. She states, “I feel my story’s still untold, but I’ll make my own happy ending, but I’d rather be alone than making do and mending” with the command of peak Grace Jones. Every element here is executed so perfectly from the handclaps, the pulsing bass and the understated, but deeply addictive chorus.

6. Annie – The Streets Where I Belong

Annie returned with her first studio album in 11 years. Dark Hearts found Annie channeling Italians Do It Better noir synth wave with a heavy dose of Julee Cruise/David Lynch. On the album’s biggest pop moment, ‘The Streets Where I Belong’ Annie sings about her first love, DJ Tore Andreas Kroknes, who tragically died in 2001. She sings of recollections of her all-too-brief time with Tore — “all those summer days, in our town down by the bay, oh Annie close your eyes, pretend and then you’re back there once again” on this poignant and personal tribute. She’s backed by a stunning piece of 80s AOR-inspired pop that brims with nostalgia. Annie eventually introduces an FM rock soaked guitar solo that leads the song to a brilliant conclusion.

During the summer, Lianne La Havas put out her gorgeous S/T album which was one of the year’s best break-up albums. It’s a beautiful blend of quiet storm soul and dazzling yearning melodies. One thing that makes Havas so alluring are her vocal performances. On ‘Bittersweet’ she controls her voice in a startling fashion starting with a smoky laidback whisper as she comes to terms with a failing relationship. By the chorus she sings, “bittersweet summer rain, I’m born again, all my broken pieces” with so much passion without oversinging. The intricate twinkling instrumentation is a comforting blanket to the sadness of her words that resonates deeply addressing, heartbreak and the eventual healing that comes afterwards.

Chris is one of those artists who appears to be getting better and better. After her excellent previous album, Chris established her as someone who could balance funk with the right amount of melancholy, she released the La Vita Nuova EP which is her most cohesive and compelling release to date. Any of the five songs could make it here (especially the Caroline Polachek duet) but the first single, ‘People I’ve Been Sad’ has become something of an anthem this year. There’s a cathartic feel as Chris fills the song with lines as devastating as,  “If you disappear, then I’m disappearing too” but keeps on dancing through her sadness. It features her most dynamic production with the throb of the deep twisting bass, subtle heartbreaking strings and punches of intertwining backing vocals that make this one of her most poignant and catchy moments.

9. Jazmine Sullivan – Pick Up Your Feelings

Jazmine Sullivan has been one of the best kept secrets in R&B since her strong first album, Fearless back in 2008. After announcing she was taking a break from the music industry following her second album, she thankfully had a change of heart releasing her best album to yet, Reality Show in 2015. The two singles she put out in 2020 suggest Sullivan will continue that quality and if there’s any justice, will finally break out to be the huge star she obviously should be. The old school soul of her rich vocals remains as she bluntly puts an ex in his place, “boy please I don’t need it, memories all that s**t I don’t need it”. The swagger of her performance is neatly matched by a simplistic beat and the bounce of the bass. ‘Pick Up Your Feelings‘ is one of Sullivan’s sharpest and most replayable moments.

Loma’s second album was a huge step up from their debut. The ethereal melodies appear slight at first, but the songwriting unravels the more time you spend in the album’s company as does the warm Brian Eno production. There’s a strong Talk Talk influence in the nuances of the instrumentation as well as the way Loma use the space in their almost ambient-like soundscapes. ‘Homing’ is the album’s emotional highlight with a stillness that captures the essence of what makes this album so special. The layered vocals, shoegaze styled melody and gentle electronic flourishes are a heavenly climax to one of the year’s most underrated and haunting releases.