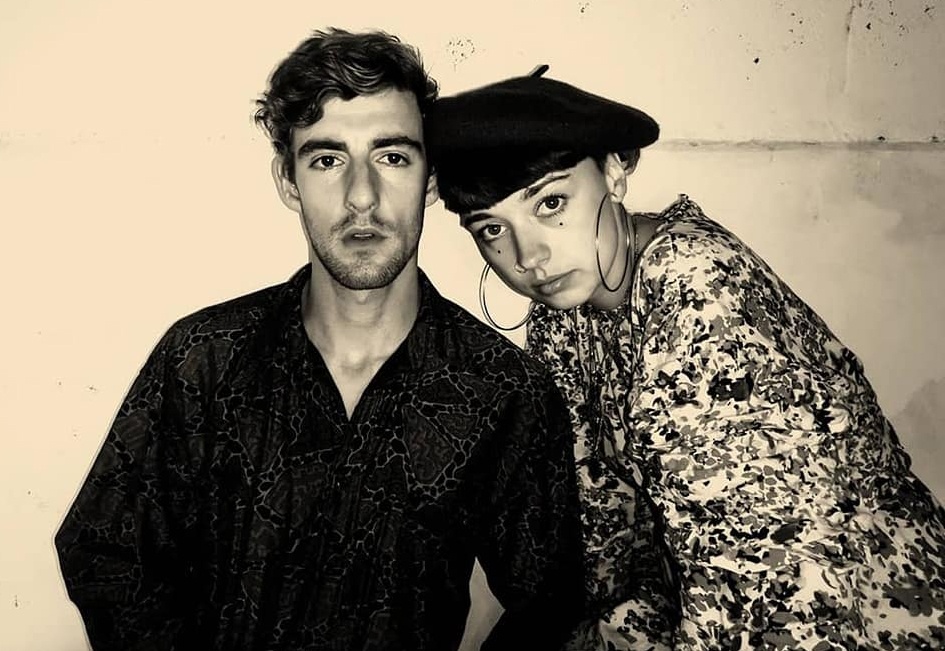 In the summer, Tacsidermi flashed their ankles at us via a sleepy Welsh interpretation of the Velvet Underground’s ‘Sunday Morning‘ on the ‘Corona Undergound Vol 1′ fundraiser compilation. It gave a hint of what to expect from Adwaith’s Gwenllian Anthony and her friend Matthew Kilgariff, with whom she’s been quietly writing and jamming with for a few years now after bonding over Patti Smith, P J Harvey, The Breeders, Brian Jonestown Massacre, CAN, Super Furry Animals and Flaming Lips.

Unbeknownst to us, earlier this year the pair formed a fruitful lockdown bubble in Matthew’s studio in rural Carmarthenshire and began recording.

Tacsidermi’s debut single ‘Gwir’ arrives today in a more substantial reveal, and what perfectly balanced and proportioned psych – pop it is, with a growing shadow and mood. Until now, Gwen has been hiding her vocal light under a bushel somewhat – apologies for such a shocking mixed metaphor – but we’re glad she’s sharing her talents with us fully now. We’re gently led in by her gorgeous singing as her voice rises and falls with the melody, a 1990s groove pulses, and we feel a shift in the singer’s mood.

The repeated insistent chant with Michael of ‘Ti byth yn dweud y Gwir‘ (“You never tell the truth”) and Gwen’s yelps, add to the sense of intensity, emotions clearly shown in this plea to a bad friend. The band’s name itself hints at darker complexities; and as we progress through the song the intensity is part of both the narrative  and a sure sign of Tacsidermi’s increased confidence.

The song has already clocked up airplay from BBC Radio Wales and Huw Stephens at BBC Radio Cymru, and we’re made up to learn there will be more Tacsidermi in 2021.