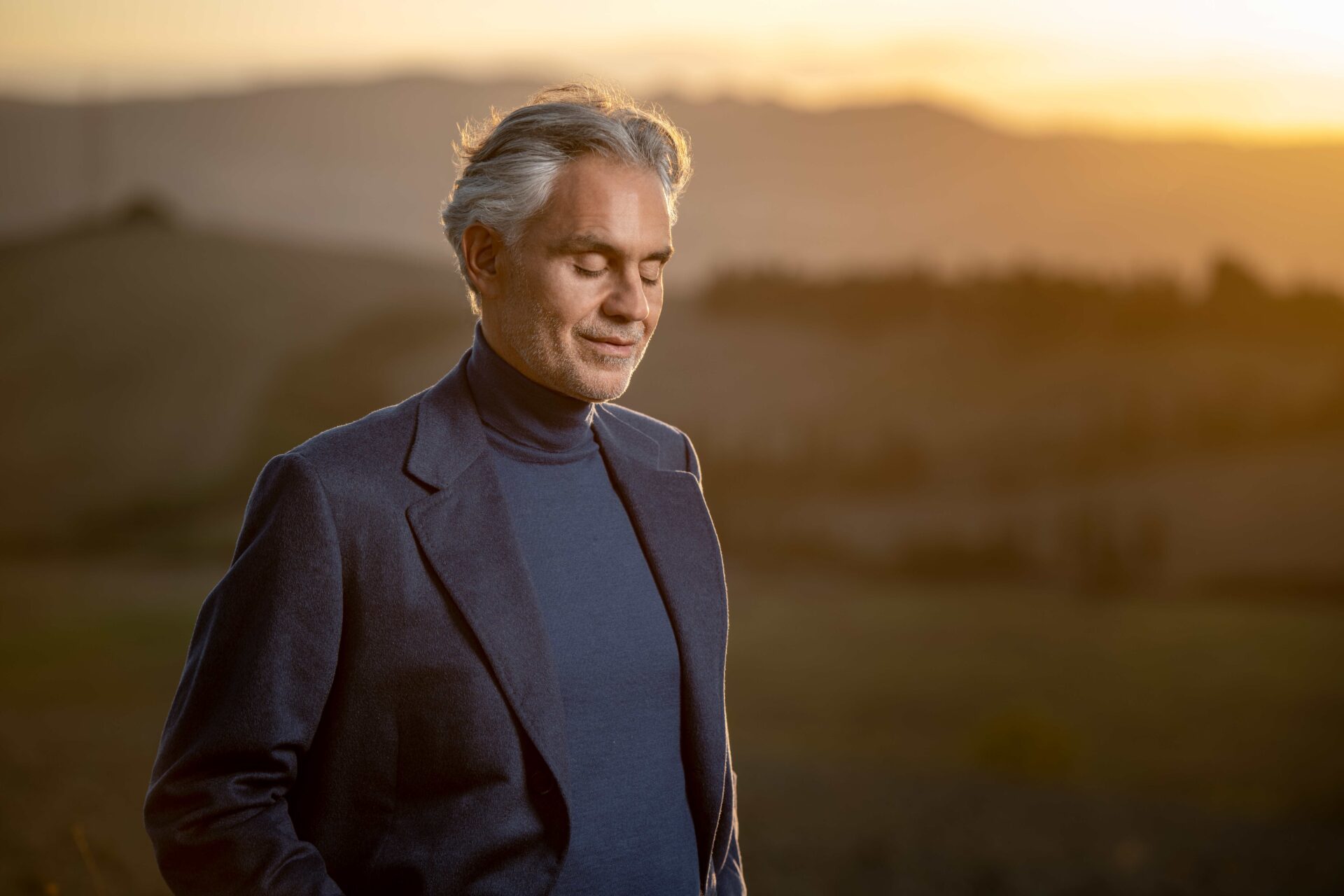 Andrea Bocelli released his new album Believe in November and his livestreamed concert Believe in Christmas streamed globally this weekend. GIITTV caught up with him to ask about the concert, Ennio Morricone and an unexpected love of country music.

Your performance of Amazing Grace outside the Duomo in Milan was one of the key moments of the year and it brought hope to many people at a truly difficult moment in history. Did you get the feeling while you were performing that it would have such an amazing impact?

I wasn’t really thinking about that, I was concentrating on the music and above all on the prayer transmitted through the music. It was a moment of great emotion and it was wonderful to be able to pray together and to emphasise that message of regeneration that is unique to Easter. It’s true, the response was very enthusiastic. Huge numbers of people watched it, exceeding all our expectations and confirming the thirst for spirituality.

Believe includes a new version of Amazing Grace in a duet with Alison Krauss, who is perhaps better known as a country and western singer. Are there any musical genres that you like that might surprise your public?

I like Country music! Popular music appeals to me and I find the genre very entertaining and interesting. It’s not really my thing as a performer, but it’s very pleasant to listen to. Alison is a versatile and extremely talented artist, which is confirmed by the fact that she’s now a genuine icon of American music. I think that the idea of us joining our voices together in a song with such a powerful impact was a real brainwave. I’m delighted we had the chance to collaborate.

The album also features duets with Cecilia Bartoli. Among all the artists that you have worked with over the years, which collaborations have had a particularly lasting effect on you, and have given you unforgettable moments in your career? Are there any artists in particular who you would like to work with but haven’t yet had the opportunity?

Cecilia is not only the greatest mezzo-soprano active today, she’s also a friend, so it was lovely to get together to duet on this album. I’ve been fortunate enough to have sung under some great conductors, from Lorin Maazel to Seiji Ozawa, and from Zubin Mehta to Myung-Whun Chung. I’ve sung duets with great voices, in the pop world (from Céline Dion to Barbra Streisand, and from Stevie Wonder to Tony Bennett) and in the opera world (from Plácido Domingo to José Carreras and Luciano Pavarotti) – it’s a very long list! I’ve learned something from all of them, and an awful lot from some of them. The world is full of great artists who I’d like to collaborate with one day. I’d prefer not to name anyone specifically, because it would inevitably be unfair to the many others (including from the new generations) who I would like to make music with.

Believe presents a version of the Ave Maria that you composed yourself. Were there any elements or specific emotions in the piece that you particularly wanted to bring out? If so, what were they?

That piece was the spark from which Believe took shape. I composed it last March in the middle of lockdown. I was sitting at the piano, alone, working through that pain that we all experienced during those months. My fingers were wandering over the keys without any particular purpose, when suddenly it was if the melody just gushed out of my soul, already supplied with its own appropriate harmonic accompaniment. That prayer to Mary has been a constant and radiant presence in my life and that of my family. I’ve always found it particularly beautiful and poetic that the Catholic religion allocates a central place to this female presence who intercedes for us. I’m devoted to the Madonna and I dedicate part of my prayers to her.

You also perform a new piece by Ennio Morricone, who died this year, and you’ve performed many other compositions by him. What did his music mean for you and how did it feel to pay homage to him in this way?

Apart from the beauty of the piece, by one of the greatest melodists ever, I’m moved by the thought that this may have been the last piece of music the Maestro ever wrote, and that he conceived it as a setting for the words of a Christian prayer. I’m delighted and honoured to be able to sing his “Whispered Hymn”, a very intense piece that starts very softly (as the title suggests) and then grows louder and louder until it becomes a universal voice and prayer.

You’ve also just announced a collaboration with Franco Dragone, an artist in a different field from yours who’s famous for his work with the Cirque du Soleil, and who was involved in your performance of ‘Believe in Christmas’. How did the idea come about and what makes you excited about this collaboration?

Maestro Dragone is a visionary artist who is famous around the world. Among other things, he produced some incredible shows for my friend Céline Dion. I remember that we first got in touch about this project back in 2017.
The theatre is a magical place itself, where humanity stages its true values. In this case, Franco literally reinvents the spaces for each piece.

‘Believe‘ the album is out now.