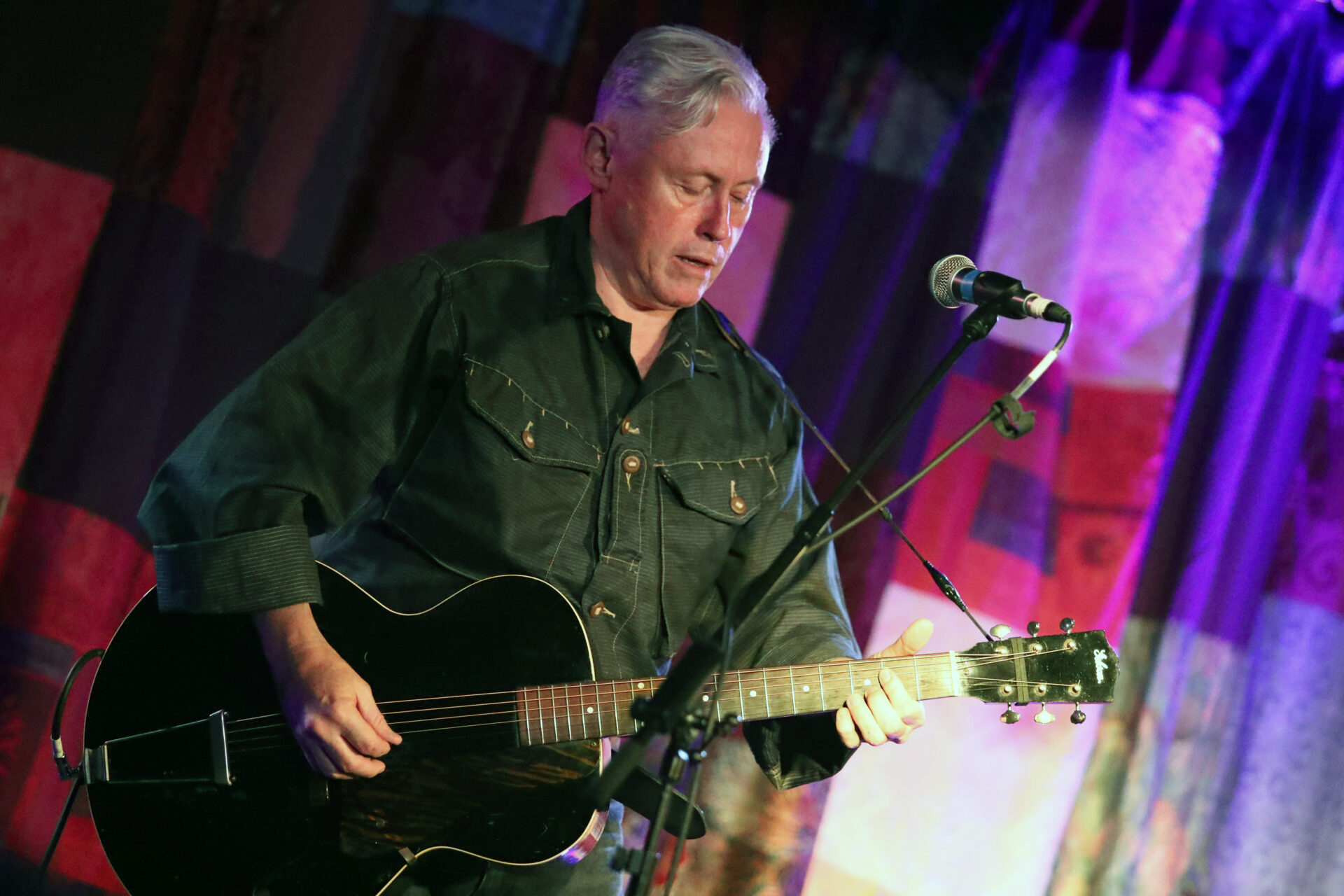 About halfway through the second half of this evening’s show – which is split into two sets of about an hour’s duration, bisected by an interval – Kirk Brandon dedicates the song ‘Enigma’ to his late father. As the title might suggest, Brandon did not know a great deal about his father and his life, but just before his passing he was made aware that his father had served in the Marines during the Second World War.  In some respects, Kirk Brandon presents as a throwback to those times, the sort of individual – invariably played by the likes of Harold Goodwin or Sam Kydd – who were portrayed in B-movies about British shipping torpedoed during the war and who kept spirits raised in the lifeboat by playing harmonica during the day and then slipped silently overboard at night to make more room for women and children. You do sense that Kirk Brandon is both resilient and considerate of others.

But Kirk Brandon is also very much of the here and now. He subscribes firmly to the maxim “the show must go on” and here he is working closely with local venues/live music promoters The Crescent Community Venue and The Fulford Arms to ensure that it does go on in what are these increasingly difficult times for the industry as a whole.

All the suitably socially distanced precautions of the day have been put firmly in place and some sixty guests are here in person tonight – in prepaid groups of four, two and one – seated at a number of designated tables each separated by the regulation two metres. Drinks can be ordered from your table via the QR and Barcode scanner and are then brought to your table by a face-masked bar person. It is not perhaps as we all might remember the live music experience, but it is incredibly well-organised and feels both safe and secure in these most uncertain of times. 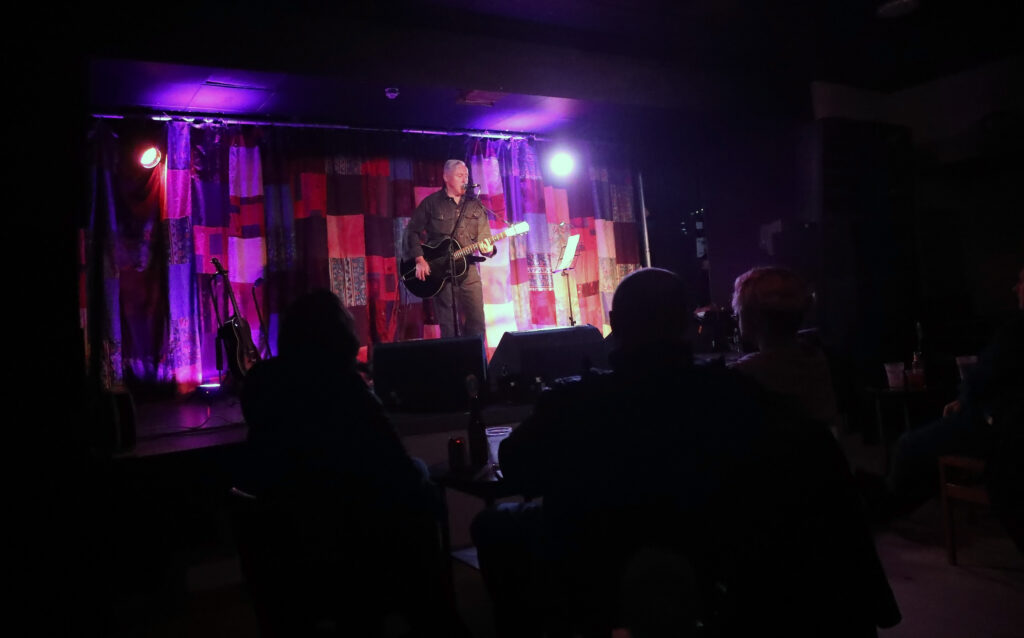 With genuine self-effacement Kirk Brandon says “I write songs; that’s what I do” never once feeling the need to make mention of the facts that over a 40 year recording career he has led not one, but two influential bands of the post-punk era, namely Theatre of Hate and Spear of Destiny. He does play their songs though. Over the course of his two sets, he plays some twenty songs from his back catalogue, taking the opportunity between times to entertainingly and informatively explain the context in which they were written and the inspiration behind them.

We learn of the CIA’s mind-control programme of the same name before a most sinister, almost paranoid reading of ‘MK Ultra’; Kirk Brandon then advises that the aliens are back before ‘Somewhere Out There’; his reflections on his colourful life as a 16 year old working as a butcher in London’s busy Smithfield Market; before he concludes the first half of the concert with a beautiful ‘Judas’, a song he describes as having consumed him with pure emotion when it was finally written.

Kirk Brandon then reminds that we fast approach the season of goodwill with his solo rendition of Spear of Destiny’s rather brutal yet equally tender ‘Harlan County’ before playing ‘Tupelo Prince’ a song he co-wrote with Slim Jim Phantom of rockabilly band The Stray Cats. ‘Last Man Standing’ reminds us of Brandon’s punk roots before he concludes with Theatre of Hate’s 1982 chart hit ‘Do You Believe In The Westworld?’ He returns for a richly deserved encore of Spear of Destiny’s ‘Never Take Me Alive’. And on this evidence you strongly suspect that they never will.