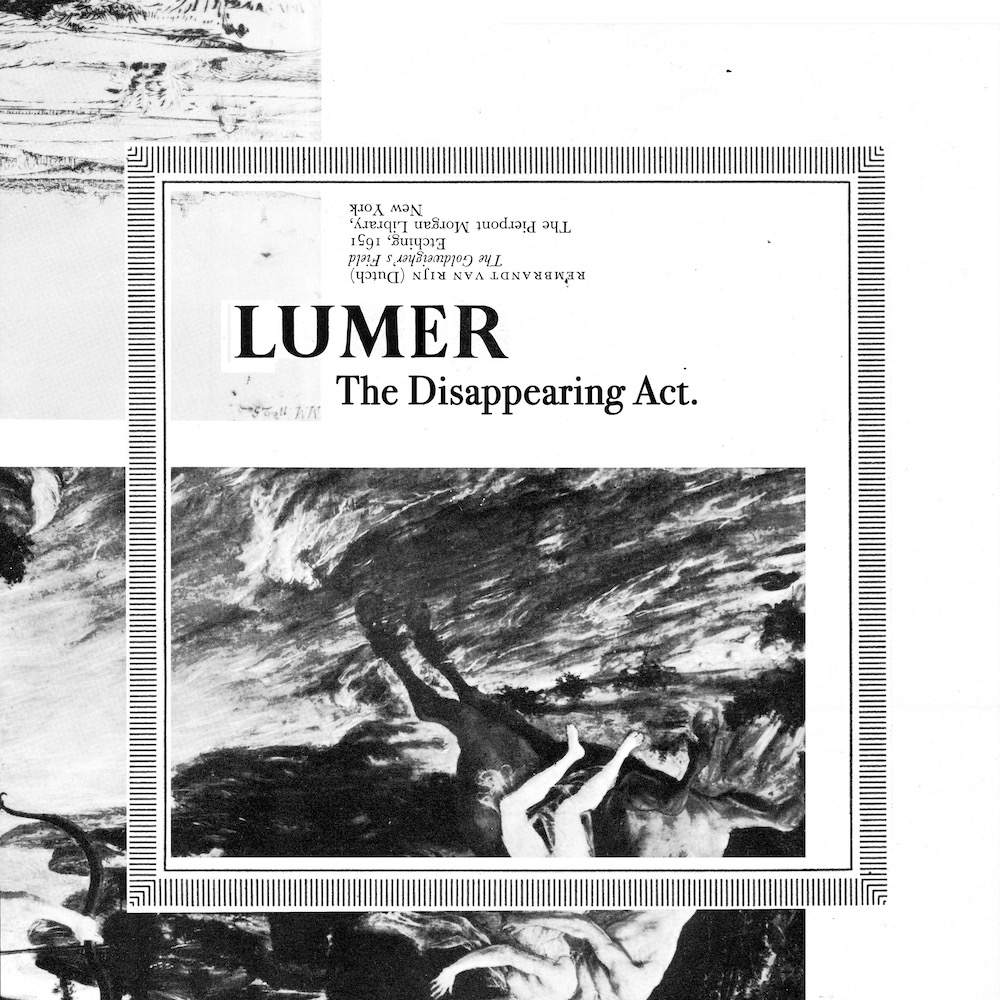 As a band who first came together as a procrastination project while studying at college, given the fact they’ve since gone on to be featured in the likes of Interview Magazine and DIY while impressing critics with their post-punk sound, it’s fairly easy to say that LUMER have already achieved far more than perhaps they ever set out to. This week, they look set to earn themselves even more acclaim and attention with the release of their debut EP Disappearing Act on Friday, and GIITV caught up with LUMER to chat artistic inspirations and their plans for the months ahead.

Who exactly are LUMER?

LUMER are Alex, Ben, Ben and Will – not quite ABBA but I think you can forgive us​.

What makes you different from all the other bands and artists out there today?

Most band members live within five miles of one another whereas we cover a 106-mile radius.

Is there a story behind your latest single, ‘The Sheets?’

It flirts with the idea of love and hate. I try to put in words how diverse emotions can be throughout a romance from a fiery beginning to a bitter end. This was written about any relationship I guess not just of a romantic nature. I do think it’s important for a listener to paint their own pictures with the songs though. Never can limit a song to one meaning as everyone has a completely different understanding to make sense with their life.

The song is taken from your debut ​Disappearing Act EP which drops on Friday. Without giving too much away, how would you sum it up and could you pick a favourite track? If so, which is it and why?

I would sum it up as a bar fight in a wild west saloon starring John Wayne. Think a cowboy film on a Wednesday afternoon but with more cheesy one-liners and bad acting. I think my favourite is probably ‘Another Day at the Zoo’ as it’s the first track I wrote the lyrics for. It began by laying off a bit of steam in a lecture to a friend about my hatred for a whole host of things and then, birthed this cathartic monster of a song.

Is song-writing something that comes easy to you and from who or what do you find the most inspiration?

I’ve been doing it since I was young so I think it has always come naturally to me. What can I say, I was born a hitmaker. There are a lot of bleak times of just having no inspiration whatsoever though, but I think I find most inspiration through people and my surroundings. I try to mix up my writing as much as possible but it’s an art form that can never truly be perfected due to subjectivity. I think I personally take a lot of inspiration from the likes of; Nick Cave, Rowland S Howard, Townes Van Zandt, Leonard Cohen. The list could go on for a long while but I believe these to be the artists that inspired my writing for this EP at least.

You’ve earned considerable coverage and attention from the likes of ​Interview Magazine and ​The Line Of Best Fit​ among others. What’s the nicest thing you’ve had written about you and do you pay much attention to the views of critics?

I don’t know about the nicest thing but there was a review recently by Backseat Mafia that was very kind about my writing and understood what I was trying to get across which meant a lot. I pay a lot of attention to critics, I guess. I try to accept it constructively and rethink because it can get you depressed if you listen too much to critics.

You’re a fairly new band in an ever-competitive industry, so what drives you to keep pushing forward and ‘competing’ against the likes of the more established acts? How does social media help or hinder your efforts to do so?

I can’t speak for everyone in the band but I know for myself it’s something I’ve just always wanted to do. I don’t see it as a competition; I believe we have something special that I want the world to hear but if they are never listening that’s just the fate laid out in how the industry works. A lot of amazing bands in the past have been ignored. I have faith, however, that these next couple of years are going to look a bit like world domination from us as opposed to the world separation from COVID-19. As for social media, I think for any small band there are positives and negatives. The fact our music can be seen on Facebook for example, by over two and half billion people makes it beneficial in that light but for dulling productivity and wasting time it’s not so great. I guess I’m on the fence.

Finally, 2020 was a strange and difficult year, particularly for artists and musicians with live shows etc having to be cancelled. Now here in 2021, with vaccines approved and a small amount of optimism around, what are your goals for the year? What are you most looking forward to getting back to doing, personally and professionally?

I think it’s safe to say from all accounts that we’re most looking forward to playing shows again; it’s something we’ve truly missed. We were lucky enough to tour in France last February, just before the world kind of shut down, so we’ve been clinging on to those memories ever since. We have been making a lot of new material since Disappearing Act, so we hope to release some of that this year.