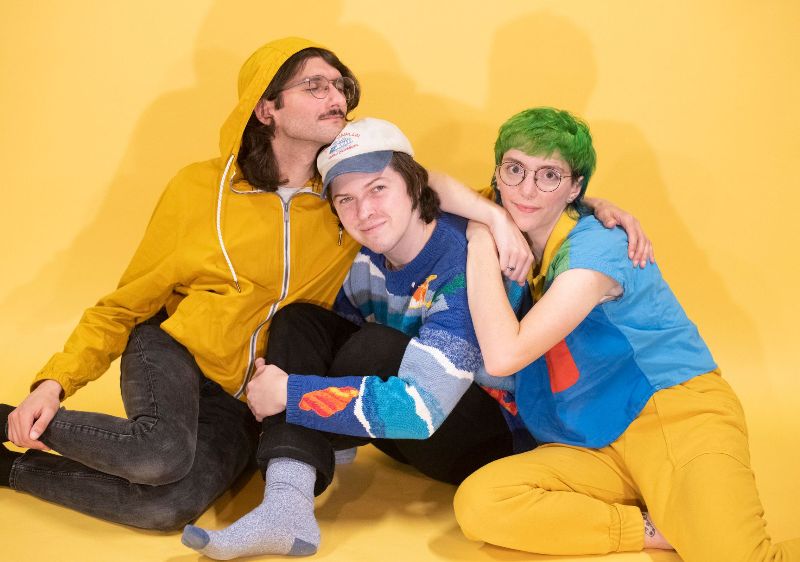 Philadelphia based trio Another Michael have announced the release of their new single ‘Big Pop’, the semi-title track of their upcoming debut album, New Music and Big Pop, which will be released February 19th on Run For Cover.

‘Big Pop’ is a catchy, sparkly song that hooks the listener in even on the first listen. A hearty ode to music and the impact it can have on us, lyrics such as: “you can make a melody and put it on top of me” had me singing along immediately. I utterly love it.

Discussing the new single, bassist Nick Sebastiano observed: “’Big Pop’ is a song about breaking the fourth wall with regards to all things music. It’s about letting go of the more serious habits of being a music fan, as well as the serious habits of being a musician. It’s good to have overwhelming feelings about art that you enjoy, and it’s good to enjoy your own art. We put together the lyric video as extension of that sentiment, hoping to embrace the vulnerability that comes along with loving music. It’s okay to ‘sing-along’ to your own songs. It’s probably healthy in the same way that it’s healthy to enjoy good times while you’ve got them. We felt it fitting to pair this song with some phone videos of good times that we’ve shared together as a group.”

‘Big Pop’ is out now, with the album, New Music and Big Pop, following on February 19th.