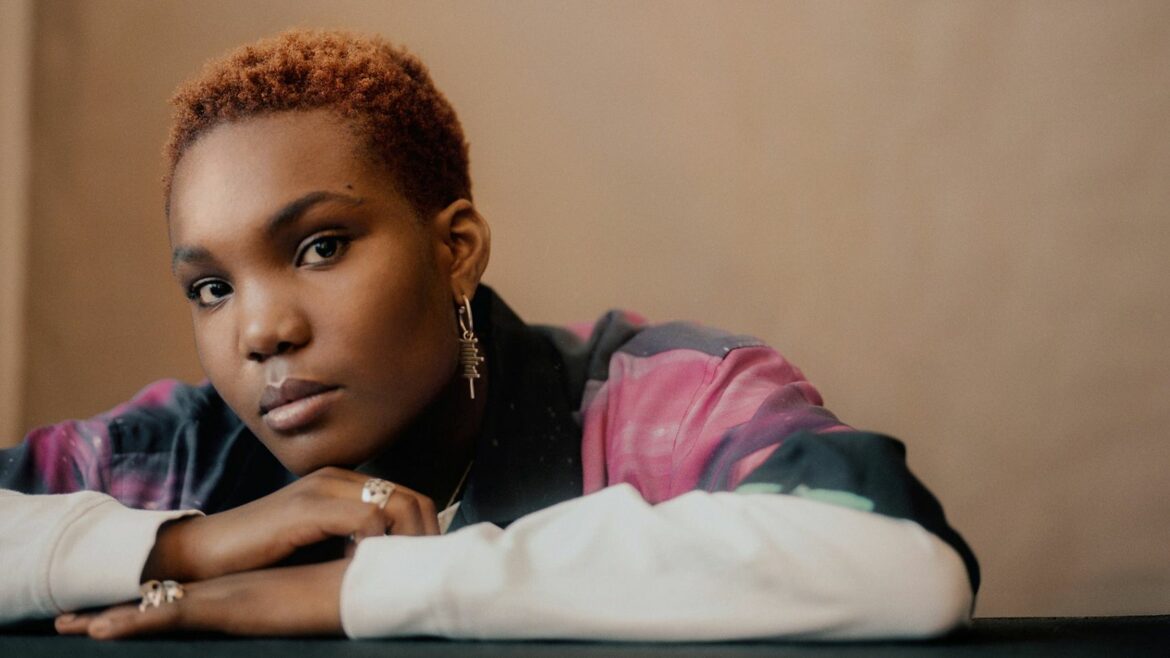 British neo-soul artist Arlo Parks, real name Anaïs Marinho, has been dropping hooky, accessible, bedroom pop singles since 2018, when she was only 18 years old.  This has culminated in her softly spoken debut Collapsed in Sunbeams.

Marinho has a conversational singing style that slips neatly alongside the low key but beefy, traditional rock instrumentation (bass, guitar, drums) that backs her up her voice.  As if she’s just chatting to you, Marinho likes to let you know the pop culture she’s into, mentioning Jai Paul, Thome Yorke, and Twin Peaks over the course of the first 10 minutes.  This less precious and formal approach to lyrics works in her favour, letting you focus instead on the broader feelings she is conveying.  This is not to say she never gets poetic, the opening title track is a literal poem to ambient music, one of a few she peppers within her songs.  This first track sets up the bright, low energy pop song ‘Hurt’ that has an irresistible, preppy chorus vocal which oddly reminds me of folk outfit This is the Kit.

She never raises her vocals above mid-level but it has a disproportionately passionate impact.  Arrangement wise, fans of last year’s Lianne La Havas record will enjoy the similar set up on this LP, the key differentiating factor being the more economical singer who slow burns her way through each track.  Feel good numbers (‘Too Good’) and melancholic ones (‘Hope’) are both wrapped up in a fragrant arrangement of soft keys, saxophones and reverb tinged guitars.

The middle section of the LP houses the majority of its most notable songs, starting with the In Rainbows style guitars of ‘Caroline’ which is matched with exhausted, regretful chorus vocals which successfully take on the perspective of a remorseful lover.  “Caroline, I swear to God I tried.”  On ‘Black Dog’ Marinho talks tragically from the perspective of someone helping a friend with depression, displaying a sharp perspective beyond her years.  “It’s so cruel, what your mind can do for no reason.”  The chorus of ‘Green Eyes’, particularly the way Marinho bends her vocals is compelling.  It delves into a topic that has seemingly personally touched Marinho.  She sings about entering a lesbian relationship under the disapproving glare of her partner’s family.  You will want to stick this song on repeat as soon as you’ve heard it. 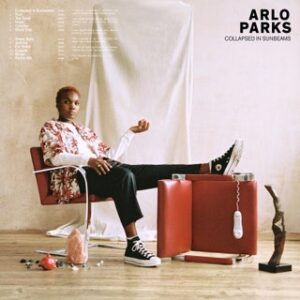 ‘Just Go’ is a rare case where Arlo Parks’ default sunny writing persona tips over into something insubstantial and mediocre.  Given the high quality of the most similar tracks on this album it sounds redundant.  This track is sensibly sequenced before the uncharacteristically dark and warped electronic production of ‘For Violet’ which sees her change things up with some suitably introspective verses.  Unfortunately she doesn’t stick the landing on the chorus with an unsuitable, swinging melody.  This song was her opportunity to give the sunniness a rest.  The result is patience testing.

‘Eugene’ was the clear stand out single ahead of this LP’s release.  It acts as a perfect introduction to Arlo Parks, with her buttery vocals luxuriating over reverby, sliding indie guitar.  Here her lyrics continue to be relatable and authentic, speaking of having fallen in love with someone who is in a relationship and only sees you as a friend.  Regardless of whether this story is true, it’s beautifully told.  “Read him Sylvia Plath/ I thought that that was our thing/ you know I like you like that/ I hate that son of a bitch.”

Collapsed in Sunbeams showcases the obvious talent of Arlo Parks who writes subtle yet immediate and impactful neo-soul hits.  Anyone listening to this LP will walk away with a series of singles to treasure.  Whilst not every track sees her on top form, given she is only 20, I have no doubt this is the first instalment in an impressive discography.

Collapsed in Sunbeams is out now on Transgressive Records.