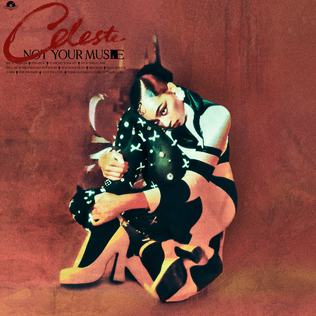 It’s easy to be cynical. It’s not necessarily the right way to listening pleasure, though.

Sure, this album is being heavily advertised. Yes, a track was used for a John Lewis Christmas ad. There’s no denying that she’s won newcomer awards – but this only a problem if you’re the sort of music snob who isn’t having to depend on record sales to survive because you’re still living with Mummy and Daddy. For the rest of us, this is a great record, that sounds great from the word go and only gets better from repeated playing. Celeste has made a gorgeous soul album, with sprinklings of gospel and jazz that deserves your ears and your money.

Born Celeste Epiphany Waite in the US in 1994, and raised in Saltdean, near Brighton, this really hasn’t been an overnight success. Her first single, ‘Daydreaming‘ was released on Lily Allen’s Bank Holiday label in 2016. It’s a sign of how she’s had time to grow that this hasn’t been cobbled together with an inferior tracklisting and shoved out some time ago. It was held back due to the pandemic, and finally it’s here.

There’s really not a duff track here. With every track by one co-written by Celeste, the highlights include not only the singles that you may have already heard over the course of the last eighteen months – ‘Strange’ ‘Stop This Flame’ and ‘A Little Love.’ They also include the beautifully understated album opener ‘Ideal Woman,’ the jazzy ‘Beloved’ and the wistful ‘A Kiss.’ It’s perhaps surprising that, at the time of listening, she’s yet to have a track graze the UK top 40 (‘Stop This Flame‘ reached no.46 and ‘A Little Love‘ reached no.59, which is absolutely no reflection on the songs, though perhaps more of one on the buying public). It is actually worth buying the deluxe CD version which has another nine tracks on it, including a lovely version of Curtis Mayfield‘s ‘It’s All Right’ with Jon Batiste

I’ve held off saying this until the penultimate paragraph. Yes, Celeste has been compared to Amy Winehouse. That’s some pressure- but the reality is she can carry it off both as a songwriter and a singer. Forget the tragedy surrounding Winehouse and remember that she sold over three million copies of Back To Black not because she became tabloid fodder, but because she had the voice and songs to carry it off. The reality is that on this evidence there is going to be a rush on to find the new Celeste. Hopefully she will be given the time to make her second album, rather than it being rushed through.

Believe the hype. Brush away your cynicism. Embrace.