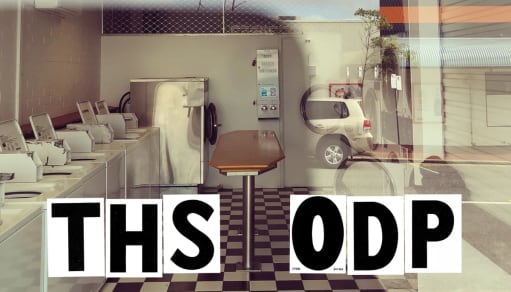 I’ve never met anyone who thinks The Hold Steady are just “ok”. People either simply don’t ‘get’ them or, like me, think they’re absolutely the greatest band of the last twenty years. Open Door Policy, then, isn’t exactly likely to win them swathes of new fans, but for us long time admirers, it’s another thrilling addition to the already formidable Hold Steady canon.

The trademark murky mystery moments are here in abundance, for example on ‘Lanyards‘, where Craig Finn observes that “When they kicked in the door, they said “that’s way too much blood for a nose bleed.”” or in the hitherto uncharted waters of funk on ‘Unpleasant Breakfast‘, where with a backdrop of glorious horn bursts we are informed about “a hotel that was haunted by some sailor, who supposedly was murdered after losing all his treasure in the harbour.” This is all played out to the sound effect of police sirens, making it one of the most head-turning songs in the band’s catalogue yet.

In some ways, Open Door Policy is a hark back to the days of 2006’s Boys And Girls In America and its 2005 predecessor Separation Sunday in that it is a heady mix of numbers with triumphantly uplifting choruses, and fascinating, gripping ones that don’t seem to have a refrain at all. I’ve often commented on how The Hold Steady’s songs are like the coolest cult movies, with Finn acting as the sometimes bemused, often amused observer of the characters’ sordid and/or sometimes devastating life choices and their consequences. This album has that in spades.

The easy swing of the Donald Fagen like closer ‘Hanover Camera‘ adds yet another dimension to the musical aspirations of the group, the reintroduction of keys man Franz Nicolay to their fold a couple of years ago seeming to have reinvigorated them into making pieces of music that are ever more aureate, yet thankfully checking themselves before it goes a little too stadium rock. I don’t think we’ll ever be able to accuse The Hold Steady of becoming a stadium band, and for that, let’s be grateful.

“And if the band ever plays the resurrection, it’s at the end of the show” slurs Craig Finn during ‘Spices‘, nodding back to Separation Sunday‘s closing track ‘How A Resurrection Really Feels‘ and we’re once again trying to piece together this magnificent jigsaw of mystique that has smitten us for 18 years (or more, if we’re including Finn’s previous band, Lifter Puller.

So yes, I admit I could reasonably be deemed a Hold Steady ‘fanboy’, but when the band consistently releases albums of such startling quality, how can I NOT carry on raving animatedly about how great they are? Open Door Policy, their eighth album, no less, sits right up there as one of their finest works yet.